I thought it was hilarious when Warren Buffett, the guy who can blow his nose with 100 dollar bills, supported Barack Obama’s Let’s Eat the Rich 2012 Pre election Campaign.  It was a ringing endorsement from somebody who doesn’t need to care how much the taxman wants.  After all, he’s got a room full of lawyers to make sure Barack’s IRS boys don’t get it.  But for pee-your-pants funny, nothing beats George Soros coming on as the Daddy Warbucks spokesperson of the Occupy Wall Street movement.  If I were a conspiracy theorist, I’d be wondering if he didn’t want to tear the system down just so he can buy Manhattan cheap and turn it into a private estate.  It’s always stand-up comedy time when the uber-rich start telling us peons how the real world works.  Quite frankly, when your other seven cars are limos, there’s a reality gap between you and the general population.   George might be talkin’ sympathy and solidarity, but I don’t think he’s going to be slingin’ his Armanis in Zuccoti Park any time soon.   Hell, even Roseanne, Sarandon and their celebrity cohorts clear off before dark, and Sean Penn hasn’t even shown up yet.  Word is he’s still saving puppies in Egypt.

Personally, I’m always suspicious when rich people start talking about effecting positive change with no visible return on their investment.  They didn’t learn to be rich people at the Mother Teresa School of Business Ethics, so when I can’t see their profits, I keep my hand on my wallet, just in case.  Buffett, Soros and their ilk are intimately connected to Wall Street, so when they endorse a movement that’s committed to tearing it down, I get worried that they’ve got something up their sleeves that isn’t a Rolex.  But let’s put these characters on the back burner for a minute.  We’ve got to keep an eye on them but…  For all the other capitalism-sucks-and-I-hate-everything crowd, here’s how capitalism actually works to effect positive change – and all without a bunch of gullibles wasting their time in New York, tapping their laptops to the tune of “We Shall Overcome.”

Half a world away from the high media lights of Occupy Wall Street, the streets 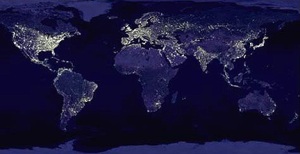 of Paris, France are undergoing a fundamental change.  The city is building an infrastructure to accommodate a fleet of pay-as-you-drive electric cars.  Called Autolib’ and based on Paris’ successful Velib’ bicycle sharing system, the project is a partnership between the French government and the Bollore Group.  You can read more about it here, but in essence, it works like any car cooperative.  You pick up a car at one of the stations, go about your business, and when you’re done, you return it to a station and walk away.  And if that isn’t sweet enough for you, the cars are 100% electric so you haven’t dirtied your hands with ethical or unethical oil and you haven’t contributed to the chokehold humans are putting on our urban environment.  Plus it’s cheap: individually, it’s a lot less expensive than buying, outfitting, insuring and feeding even the smartest Smartcar for a year.  It sounds like a wonderful idea, but let me set the record straight: it’s all a capitalist plot.

The Bollore Group is a family-owned multibillion Euro company that’s been around for just about two hundred years.  They obviously have some smart folks in their planning department because somebody looked around and said something like, “Hey!  The days of sucking oil and belching smoke are coming to an end.  We need to change our modus operandi and cash in on the future, n’est ce pas?”  So in the true spirit of capitalism, they’ve invested 100 million Euros in the Autolib’ adventure which is a good product that people will buy into – and oh yeah, it might just change the urban landscape forever — for the better — but that’s beside the point.   The reason they’ve put their money where their minds are is to make a profit, pure and simple.  And here’s the rhetorical question: what’s wrong with that?  Autolib’ cars are going to move people around Paris, cheaply, easily and greenly.  Will anybody be harmed if the Bollore Group makes a busload of Euros doing it?  I doubt it. 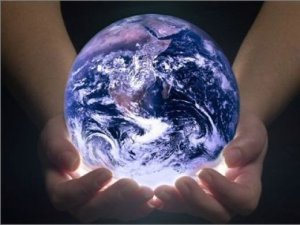 The bottom line is it’s worth it to me (and a lot of other people) to pay for a quick, occasional rent-a-car.  It’s a great little idea in so many ways I’m not seeing a downside.  My world is getting clean, reliable, personal, inexpensive transportation that puts a big dent in the fossil fuel empire we all live in.  I’m paying less for it than for dinner and dancing once a month — and it can work in every city in the world.  Somehow, I find it hard to get angry at the corporate person who put this thing together.  If he or she or their families live in abject opulence for the rest of all eternity, it’s no skin off my nose.

So here’s my question: who has done more, in the last few months, for the future wellbeing of this fragile rock in space I live on, Vincent Bollore and his group of rabid capitalists or the Occupy Wall Street professional malcontents?  Never mind; I already know the answer.  The real problem is the folks down at Liberty Park (or whatever they’re calling it this week) are not part of the solution.  And as the movement spreads, they’re going to be an even bigger part of the problem.  If even half of those people wake up tomorrow morning and commit that same energy to effectively changing the world instead of wandering around rebaking pies in the sky, we could fix some of these problems.  But it’s not sexy to toil away at little ideas when you’ve already decided to repaint the big picture.  As far as I’m concerned, as a wise man once said quite differently: “The fault is not in the banks but in ourselves.”

Friday: The True Nature of Capitalism