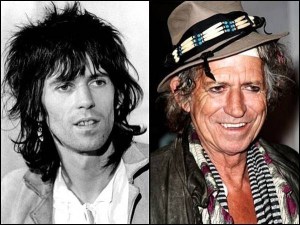 Actually, I enjoy getting old, not because of the totally scary alternative but because it’s fun.  Old people get to do tons of neat stuff and get away with it.  It’s like being a child with porno and alcohol privileges.  First of all, you can bitch.  In fact, it’s almost expected.  When young people complain, there’s always some wiseacre who wants to talk about “changing the world” and “making a difference;” suddenly, the conversation goes from bad to boring.  However, when I complain, everybody just agrees with me and the conversation keeps on moving.  Nobody wants to provoke another old guy tirade.

You also get to wear comfortable clothes.  This is especially true for women who spend their formative years harnessed into those baby doll jeans that cut them in half.  At a certain age, both sexes can head for the uber-sized sweat (yoga) pants and nobody bats an eyeball.  Baggy shorts with polished dress shoes, evil colours, socks and sandals and those weird sweaters that old people never, ever button up — anything goes.  I’ve never tried it, but I’m sure you could go grocery shopping in your bathrobe if you wanted to.

Plus, and this is the coolest one, you’re never lazy.  You can spend all day eating

cookies, drinking lattes and watching reruns of Bewitched on Netflix™ if you want, and nobody looks at you sideways.  If anybody under 30 tried that for very long, there’d be ki-yi-ing from here to Congress.  ‘Lazy bastard!  No wonder he hasn’t got a good job.”  But for people my age and older, it’s all about compassion, “Poor thing!  It must be hard for him now that he’s got nothing to do.”  Yeah, it’s tough.  Pass the Oreos™!”

And that’s the thing: when you start reaching into 60+, the rest of the world wants to drown you in sympathy.  It’s as if you magically caught an incurable disease.  Here’s a brilliant secret.  Leave a couple of Get Well Cards on the coffee table and you’ll never have to clean your house again.  Work it properly, and some of your younger relatives might even wash your dishes for you.  I’m not sure if this is true, but a friend of mine told me that once he left his lawnmower in the front yard to answer an important phone call, and before he could get back, the neighbours had made their kid finish cutting the lawn for him!  People open doors for you, you always get a seat on the bus and nobody complains when you’re late.  They’re probably just relieved that you made it at all, and they don’t have to go to the funeral. 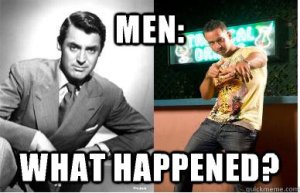 Of course, like everything else in life, getting old has some downside, but trust me, it’s mostly minor.  For one thing, in casual conversation, you start sounding like your parents.  Making noises like your dad isn’t so bad until the stuff he said way back when begins to make sense to you: then you have to worry.

Another difficulty is contemporary music all sounds the same.  It’s like listening to Klingon.  Kanye West could be Kanye East, Snoop Dog (Lion?) is a jackass, and none of the women realize that breasts go on the inside of the dress.  So what?  There aren’t any ballads anymore, anyway and you can’t dance to the rest of it – so crack out the old CDs and carry on.

The only thing that actually is bothersome about being old is you keep getting outrun by technology.  This can be a serious problem, but if you remember that you’ve got the inside track on sympathy, you’ll be alright.  You’d be surprised how many people will make a special trip to reprogram your PVR for you, especially if you can pull a few tears.

The actual secret to getting old successfully is don’t take yourself too seriously.  Never forget that experience doesn’t always equal wisdom.  Even when it does, there’s no law that says you have to be wise every day.  Me?  I’m going to open another bag of Doritos™ and see what Darren and Samantha are up to this afternoon.

One thought on “What a Drag it is Getting Old … Not”