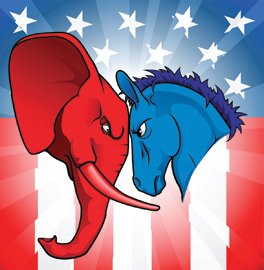 In less than 48 hours, the American election will be over – finally.  It seems like they’ve been campaigning in the US forever.  However, it hasn’t been that long, really.  In fact, with a few minor interruptions, they’ve only been going at it south of the 49th parallel since Washington’s Farewell Address in 1796.  That’s just a little over 200 years – nothing serious.

Actually, America is in permanent political mode because it is serious.  Like it or not, politics is what makes the world go round and when practiced properly, it is a wonder to behold.

As I’ve said before, democracy is one of the few things that puts purple in my prose.  I can’t help it.  I love being able to stand up before God and everybody and say what I think.  I like knowing that nobody — NOBODY — can shut me up without good and sufficient reason.  I like to wax eloquent on a Thursday afternoon on the perils of progressive thinking — simply because I can.  My political system – democracy – let’s me do that and more.  It makes me, just another skinny kid from the hood, a political wiseass as equal as everybody else in the halls of power.  My voice is not a hesitant whisper; it’s spoken-word arrogance.  I can, and do, say and write things, that half the world would be imprisoned for – probably without a trial – and I do it boldly.  My democracy allows me that luxury and just about every other luxury I enjoy.  Not only can I think as I please and speak as I please, but, within recognized social limits, I can do as I please, eat as I please, dress as I please and go wherever in hell I want to.  I can work, learn, teach, fart and fornicate in any manner I so choose; nobody’s going to cut off my hands or stone me to death because of it.  I can Google my leaders and, with one mighty click, find out who they are, what they are and whether they’re scoundrels or not.  No self-important party apparatchik can stop me.  But most importantly, I can incite my fellow citizens to join me at the ballot box and, in a single afternoon, calmly and quietly change the political landscape faster and more effectively than any revolution every could.  That, boys and girls, is the pure unadulterated power that every wannabe dictator or demagogue fears and respects.

Tomorrow the great tribes of America will gather together and demonstrate 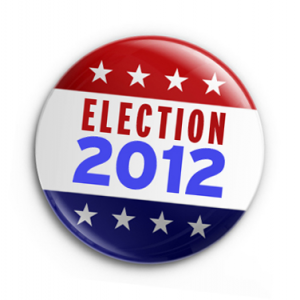 that power.  Despite what many Americans think, the USA is not the only democracy in the world, but, despite what many people outside the US choose to believe, it is the most effective.  American elections, constant as they are, fuel democracy.  They continually force public servants to account for their service; to stand before their employer, the American people, and explain themselves.  As Martha Stewart says, “That’s a good thing.”

Whatever happens tomorrow, it is the election itself that is a testament to the tenacity of democracy.  Of course, in a country so clearly divided as America is right now, the results (whatever they are) will bring out the worst in somebody’s sour grapes.  Ironic, isn’t it — that people would complain about the very thing that guarantees them the luxury of that complaint?  But that’s how democracy works; that is the beauty of it — the very essence.  It applies itself to everybody — whether they appreciate it or not.