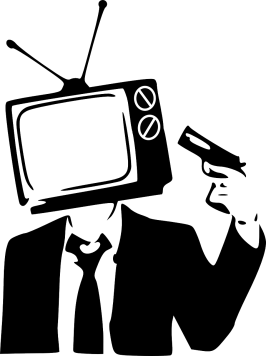 I just noticed that the Canadian Broadcasting Corporation has produced a new TV series called Pure.  It’s a scripted drama about (and I’m not making this up) a Mennonite family of drug dealers.  A Mennonite family of drug dealers!  Now, there’s a sentence I never thought I’d write.  But I digress.  So — uh — wow — a television series about a dysfunctional crime family.  What a novel idea!  (Sometimes I wish sarcasm had a font.)

I hate to say it folks, but the fantastic days of glued-to-the-sofa television are over.  The Sopranos, Band of Brothers, Dexter, Deadwood and Breaking Bad are all gone — and they ain’t comin’ back.  There are a few leftovers from that 20-year entertainment banquet (notably, Game of Thrones and The Walking Dead) but, in general, TV has gone back to the same old crap.  Why?  ‘Cause studio executives are beating audiences over the head with really, really, really tired ideas.  For example:

Cop Shows — There have been so many cop shows on TV recently that half the population of Hollywood has worn a badge at one time or another.  There were at least three NCISs, four CSIs, and God only knows how many Law and Orders.  People, it’s the same program!  All they do is change the skyline in the opening credits.

Paranormal Everything — Ever since aliens got the jump on agents Mulder and Scully, television producers have been trying to recapture those ratings — and, believe me, they’ve tried everything.  The litany of ghosts, trolls, witches, mutants, aliens, vampires, werewolves, angels, demons, superheroes and telekinetic, super-powered, extraordinary beings reads like an Aleister Crowley nightmare.  And have you ever noticed these programs never actually come to any conclusion?  They just keep going sideways until you’re so pissed off you could scream.

Talent Competitions — The format hasn’t changed since The Original Amateur Hour debuted on the DuMont Television Network in 1948, but since the 80s, there have been a ton of talent hunt programs like Star Search and American Idol on TV.  The problem is last year the market got so saturated that, for the first time in television history, there were more contestants than there were viewers!  OMG! Andy Warhol was right.

Cooking Shows — No, guess again; they’re Game Shows.  Cooking is now a competition, and any way you slice it, the formula is basically the same.  Several teams are given a bag of weird ingredients and told to make dinner (or dessert) before the third commercial break or get kicked to the curb. It’s basically Beat The Clock with butcher knives.  The only deviation is that sometimes a celebrity chef gets to swear at the competitors.

Quirky Ensemble Comedy Shows — And it came to pass that MASH begot Cheers and Cheers begot Seinfeld and Seinfeld begot Friends and Friends made piles of money, and so Friends begot How I Met Your Mother, Community, 30 Rock  and every other sitcom that’s looking to become the new Friends.

Celebrity “Real TV” Reality Shows — If this were a more civilized time, the purveyors of these programs would be dragged from their homes and horsewhipped through the streets.