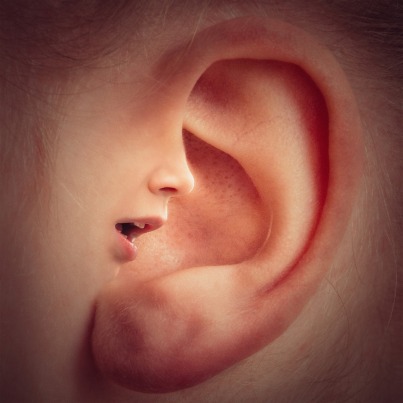 It’s been a number of years since I first heard “the voice,” but I remember it quite clearly.  I was going through a grocery store checkout and the little popsicle at the cash register said, “And, how are you today?”  She drew out the “oo” vowel and leaned slightly forward as she said it.  It was at that precise moment I realized I wasn’t a young man anymore.  And I have to admit it annoyed me.

For those of you who are unfamiliar (read “under 50”) “the voice” is the inflection adults add to their speech when they’re talking to children, dogs, foreigners, hospital patients and old people like – uh – me.  It’s a strange combination of empathy and authority.  It suggests that the speaker thinks you might not understand the words, but wants to reassure you that they are in charge and there’s nothing to worry about.  And despite its condescending tone, it’s actually full of goodwill.

Over the years, I’ve gotten used to “the voice,” but, honestly, it still grates on me.  I can’t help it; I just don’t like being talked to on the same level as “Who’s a good boy, then?”  This is especially true when the speaker is a 20-something somebody whose major accomplishment in life is a totally cool Instagram profile.  I know these folks are full of good intentions, but treating grey hair as if it’s a terminal disease is hard to take when you’re on the receiving end.  (Full disclosure: Like everybody else on this planet, I used “the voice” when I was younger and still do, on occasion.)

The problem is, after a while, “the voice” doesn’t quit.  It’s like you’re living in a gigantic daycare centre.  Pretty much everybody who doesn’t know you, uses it.  They start every conversation with a simple question so you’re not stuck for an answer.  They constantly repeat themselves as if you can’t hear, don’t understand or have no attention span.  And they over-explain everything — as though your age and your IQ are somehow connected – adversely.  It’s totally tiresome.  But, the worst thing is “the voice” tells you – in no uncertain terms – that you’re no longer a viable sexual partner and you are not now — nor ever were — a badass.

It’s been a number of years since I first heard “the voice,” but I remember it quite clearly.  I looked at the little popsicle at the cash register, saw her smile, looked into her eyes and thought, “You have no idea who you’re dealing with, little girl — and if I told you even half the story, you wouldn’t believe me.” But, all I could think of to say was, “Not bad — for an old fella!”

Okay, old people!  STOP IT!  Yeah, yeah, yeah!  We all know life was a gigantic hot fudge sundae back in the 70s or the 30s or whenever the hell you thought you were cool, but it’s time to give it a rest.  Every generation thinks they’re the best: take a listen to ancient Boomers yipping about the 60s as if it were an expensive suburb of Nirvana.  (It’s long past time to shoot that myth in the head, BTW.)  I’m not saying we shouldn’t be nostalgic for that magical time when we were young, beautiful, full of hormones and immortal (guilty as charged) but could we just shut up about it for five minutes? Here are a few facts old people need to remember before they start shouting their mouths off.

Nobody cares that you can rewind a cassette tape with a pencil.

Yeah, telephones were attached to the wall.  Big wow!  All that meant is every time you were talking to your friends, your mom, your dad and your dog could hear the entire conversation.

No matter how you spin it, watching a 6-year-old edited movie with a ton of advertising — on a 32 inch television set — is just not as good as watching a first-run HD film on a 60 inch big screen.  Especially when you were busting your bladder, waiting for the commercials so you could go pee without missing something.

Water from the garden hose was just water; it wasn’t 30-year-old Chablis.

The truth is, it was totally crappy to take a pile of pictures at your grandma’s 90th birthday party and find out — three days later — that half of them were out of focus.

The only reason Pong™ was cool is that’s all we had.

Carrying a camera, a Walkman™, a guide book, binoculars, a map, a pen, paper and a pocketful of coins, for pay phones and parking, when you went on vacation, was a total pain in the ass.  It’s a wonder everybody over 30 doesn’t walk with a limp.

And speaking of maps.  Cruising down the highway at 70 mph while simultaneously trying to find your exit on an uncooperative paper map the size of your dining room table was really kinda stressful.  And refolding the damn thing after you were done was even worse.

But the thing old people need to remember most about “the good old days” is:

It actually wasn’t all that much fun getting choked with cigarette smoke — in bars, restaurants, office buildings, on the streets, at the airport, in the park and (and this is true) in doctors’ offices and maternity wards. 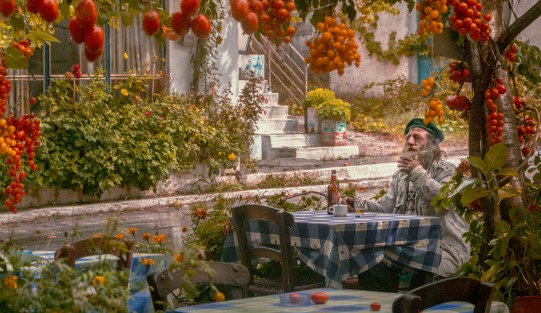 When I was kid, old people always started their stories with “When I was your age …” and then they’d ramble on for awhile until one of us got bored.  They meant well, like a strange dog licking your face, but, since I had no idea what — uh — life experiences their tongues had been through, wagging them at me about life, love and the logistics of adolescent sex was kinda icky.  Fast forward 50 years, and now I’m the guy telling the stories.  Luckily, these days, young people aren’t forced to be as polite as we were, so most of my tales remain untold, thank God!  However, on occasion I do feel the need to bore the hell out of people with some free old man advice.

Never drink Tequila on an empty stomach.  Unlike most alcohol, tequila is unforgiving, and whereas you’re probably going to do something stupid with whiskey, beer and even red wine, tequila will turn you into the Mad Hatter, escaped from Wonderland.  One time, in a border town called Sierra Vista — well — let’s just say nearby Fort Huachuca is a CIA listening post, and even though they’re awfully busy. sometimes they’re very interested in listening to a loudmouth Canadian.

Don’t waste your breath telling people to “Calm down!”  (Does this ever work?)  Once, through no fault of my own, I made a rude hand gesture to a biker, his girlfriend and his somewhat larger companion.  And believe me, telling them to “calm down” was not as useful as the cops who showed up in the nick of time.

Definitely, sweat the details!  It’s never the big stuff that does you in, but forget one condom (twice) at the Alpha Phi Sorority’s Hayride-Under-The-Stars, and you’re in for four weeks of protracted anxiety.

Unless your doctor has absolutely no sense of humour, never listen to your inner child — ’cause when you try to explain how you burned your private parts with chocolate sauce and get your foot caught in the toaster, it’ll be a lot easier if she doesn’t burst out laughing halfway through.

And that’s the problem with old people telling stories — even though they might offer some sage advice, they’re normally pretty boring.