When last we saw the Mysterious Mr. X (as chronicled in these pages) he had just been thwarted by that supervillian, Gordon Campbell.  He was stuck in Gotham City, wasting his inc 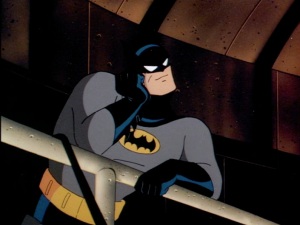 redible powers on “hacks” and the homeless.  It looked like the end of his dream of becoming a superhero – and Premier of British Columbia.  In frustration, he retired to his secret lair (which was undergoing a multi-million-dollar, taxpayer-funded, makeover) and has not been heard from since.  Fate is a funny fellow, though, and when the evil Gordon Campbell resigned, he set in motion a chain of events that may yet propel Mr. X forward into the role of the superhero – a role he so feverishly craves.

This is the story as we know it.  When the evil Gordon Campbell resigned, it sent the Liberal Party scurrying back to the ship of state to find a new leader.  However, since every liberal from Sooke to Spuzzum had been tarnished by the HST, the prospects were thin.  Liberal ministers could hide, but they couldn’t run.  Within days, Dianne Watts and Carole Taylor, two untarnished heiresses, both bowed out of the race.  Suddenly, only Christy Clark and the usual Liberal hacks stood between the NDP and ultimate power in Capital City.  For the first time since the turn of the century, with a little luck, the NDP could actually win an election.  Overwhelmed by dreams of a return to the heady days of Glen Clark “shovelling money off the back of a truck,” the NDP were incontinent with joy.  However, it became increasing apparent, in the NDP caucus, that not everyone was going to get a shovel.  Even with the bounty of British Columbia at their feet, there simply wasn’t enough to go around.  Some members would have to remain shovel-less. Discontent grew.  Questions were asked.  Who would get the shovels?  How would the shovels be distributed?  Why didn’t I get a shovel?  To make matters worse, Chairman Moe had already staked out his claim by getting a 5

figure stipend from the Labour Movement.  Luckily, in keeping with NDP philosophy, the stipend wasn’t lucre paid out of the profits of any capitalist venture but merely a “generous, earmarked gift” from hard-working British Columbians who had involuntarily volunteered their union dues.  Seeing that dividing the spoils was dividing the party, Carole James decided to end the uncertainty once and for all.  In a symbolic gesture, she handed out yellow scarves to all those who were going to get their mitts on the money after the NDP victory.

All hell broke loose.  Fury is a minority scorned, and the Baker’s Dozen minority had been scorned beyond their wildest expectations.  If they weren’t going to get their share, there was nothing for it but open revolution.  The powerful majority were going to have to do as they were told, or the minority would seize power and make their own rules.  It was the classic Bolshevik-Menshevik conundrum, rewritten bold, in upper-middle class type.  An emergency meeting was called and the media was put on high alert.  Then, in a surprise move, the meeting was postponed.  But why?  And by whom?  Obviously, the political toothpaste was already out of the tube, but power is not what you do; it’s what you’re willing to do.  Apparently some members of the NDP weren’t willing to do anything.

Meanwhile back in Gotham City, Mr. X was sipping an $8.00-an-hour latte and watching the media circus unfold.  It made him sad to see all the microphones and cameras wasted on ordinary people when a genuine superhero was trapped in endless meetings over storm drains and bike lanes.  He remembered the smell of the legislature, the sound of The Speaker calling the members to order, question period and the media scrum.  He knew he could fix the problems of the NDP.  He would show the world the stuff that real politicians are made of.  As an honest broker, he would swoop down and find common ground that all members could embrace.  He’d heal the wounds and bring the NDP out of the darkness into the light of a 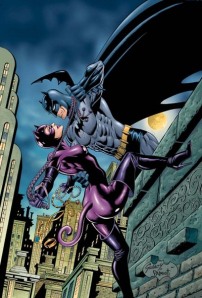 new Golden Age of Progressive Prosperity.  Then, by golly, he’d win that election and drive the capitalists out of Capital City.  He had powerful friends; all he had to do was make a few phone calls.

Authentic superheroes don’t shirk their duty or cancel meetings.  He put on his cape and was about to call for a helicopter when it occurred to him that his powerful friends didn’t really have scarves.  It was one thing to swoop down on Carole James; it was quite another to go mano a mano with Organized Labour.  Fortunately, Mr. X was an astute observer of political thought and he remembered Madonna’s sage advice from Evita;

“All you have to do is sit and wait
Keeping out of everybody’s way
… You’ll be handed power on a plate
When the ones who matter have their say
And with chaos installed,
You can reluctantly agree to be called”

Mr. X picked up his Smart phone and ordered another latte.

One thought on “The Return of Mr. X?”