For those of you who need t

o brush up on your Elvish, Lady Galadriel said, “The world is changed.  I feel it in the water.  I feel it in the earth.  I smell it in the air.”  She said all that to say, “Hide your hobbits, boys, ‘cause evil’s on the march in Middle Earth, and it’s going to take all our resolve, three industrial-strength movies and Viggo Mortenson to finally kill it off, once and for all.”   Elves are immortal, as everybody knows, so I’m surprised Galadriel didn’t show up yesterday on CBC to sound the alarm again — in Canada.  Sun News Network begins broadcasting today, and to hear the carping and bitchin’, you’d think that the Evil Lord Sauron was about to open a branch office in Ontario and retrofit the Dark Tower to accommodate his army of Orcs and Ezra Levant.  I guess her ladyship was busy.

The introduction of another 24 hour news (news?) network in Canada has caused total fear and loathing in the sacred me

dia halls of Fortress Toronto.  The supporters of the status quo in Tee-oh have spent the last year in maximum overdrive, trying to discredit their coming competition before the studio lights even go on.  Sun News has been called everything from, “right-wing, homophobic, militant white supremacist, racist, xenophobic, misogynist, propagandists” to “Fox News North,” and nobody’s sure which it the worse insult.  Last June, CBC’s resident Methuselah, Don Newman, nearly burst a blood vessel arguing with Cory Teneycke about it, and he still thinks it’s the end of journalism in Canada.  I think Don was a lot happier when Front Page Challenge ruled the airwaves.  Likewise, Avaaz.org, an international activist group, called the network, “American-style hate media” and circulated an on-line anti Sun News petition which was signed by Canada’s head writer Margaret Atwood, and oddly enough, Dwight Shroot [sic] and the Snuffleupagas [sic].  Obviously, there’s some serious opposition to getting any more news than we’ve already got, here in the true north strong and free. 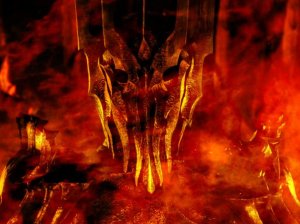 I don’t blame the supporters of the Drone Clones — CTV and CBC — for caricaturing Sun News into Joseph Goebbels’ evilest grandchild.  I realize that, after years and years of having it their own way, it must be pretty hard to share the media pie with an interloper.  My problem is the arbitrary nature of the criticism — long before anybody’s even opened their mouth.  The Sun News critics take the position that any conservative viewpoint is naturally wrong and has no place in Canadian society.   Furthermore, if conservative sentiments absolutely must be uttered (in the interests of fairness) they need to be aired under the watchful eye of a trained professional, in a strictly controlled environment like CBC’s Power and Politics.  It’s almost as if conservative is a contagious disease which, if left unattended, will become a political pandemic, surging through our land, turning ordinary citizens into raging racists.  I honestly don’t think Ezra Levant and Charles Adler are that persuasive, nor Canadians that stupid, but apparently a lot of people in Canada do.

The other thing that bothers Sun News detractors is the “slant” of the new network.  They maintain that there is no room for bias in journalism in Canada.  (The sound you hear is most of the country, outside Tee-oh, laughing.)  I’m not going to get into the liberal bias debate; it always ends up in a “You did not” “I did so” argument.  Let me put it this way: has anybody ever accused Heather Mallick of being fair, or balanced or unbiased?  She’s recently taken to attacking Stephen Harper’s hair, not exactly a big political issue.  And back in 2008, when she called approximately 25 million Republican men (even the Hispanic, Asian and black ones) “sexual inadequates,” I think that might have qualified as hate speech in most jurisdictions in Canada.  In the same vein, in my opinion, Neil Macdonald hasn’t said a good word about Israel or America since he was in high school (and then only because the teacher made him.)  And then there’s Frank Graves, one of the many CBC’s pollsters, who once suggested the Liberal party wage a cultural war on rural Canada and “If the cranky old men in Alberta don’t like it, too bad.  Go south and vote for Palin.”  No bias?  Even Michael Ignatieff can’t keep a straight face.  In the last few years, CBC has spent so much time defending their “fair and balanced” reporting it’s a wonder they have any time left over to actually do any.

Let’s put this argument to rest.  Sun News advertises themselves as

fair and balanced.  That’s not very likely.  Have you seen their on-air personalities?  The news on Sun News is going to have a distinct right-wing spin, and the opinion pieces are going to be so far out in right field they’ll be able to see Sarah Palin from their kitchen window.  But the critics of Sun News don’t get it.  There’s nothing wrong with that.  Sun News is blatantly conservative.  So what?  Nobody objects when Heather Mallick makes cheap jokes about Stephen Harper’s haircut, or Frank Graves insinuates that everybody west of Kenora was an extra on Deliverance.  Why is it so terrible to say Jack Layton’s policies suck pond water?  Sun News is going to have a slant; all journalists have a bias.  They can’t help it; they’re human.  I don’t care how impartial interviewers or reporters try to be, their political views come through, even if it’s only in their choice of words or tone of voice.   The only difference is Sun News is admitting it — up front — and try as I might, I don’t see the sin in that.

Despite every attempt to block it, Sun News Network starts broadcasting today.  If the critics are correct, there are only two ways this thing can go.  One: Sun News’ conservative bias is so hopelessly out of step with average Canadians that nobody‘s going to watch it, and it’ll go broke and die.   Two: the Drone Clones have actually been as “fair and balanced” as they claim, and Canadians already have a place to park their conservative point of view, in which case, they’ll stick with Mansbridge and Robertson/LaFlamme.  Once again, the new network will go broke and die.

Of course, there might be one other scenario.  Sun News Network might live up to its advance billing.  It might not be a propaganda machine, intent on luring Canadians into conservative dens of wickedness.  And here’s another radical idea: people outside Toronto might not be ignorant yobs.  They might not be stammering sub-slobs, easily hoodwinked into abandoning the true and righteous road of liberal thought.  They might have more brains than Don Newman and the folks at Avaaz give them credit for.  They might be able to decide for themselves which TV network they want to watch.

Regardless, as of today, I’m going with Lady Galadriel: “The world is changed.”

4 thoughts on “Sun News Network: The Nexus of Evil?”