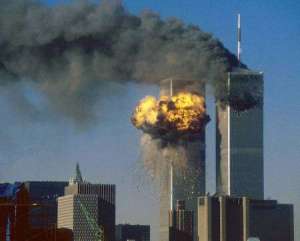 Ten years is a long time.  Many contemporary relationships don’t last that long.  In fact, we’ve been living with terror longer than it took a friend of mine to adios two of her ex-husbands.  People need anniversaries, though, even if they are of terrible events like 9/11.  They’re important.  They’re like perpetual mid-term exams; they let us know whether we’ve been paying attention to the important bits or just spacing out.  However, on anniversaries, the natural tendency is to look back into the known world rather than forward into the unknown.  Despite assurances to the contrary, very few of us like to “Boldly go where no one has gone before.”

As a result, the talk across the media on 9/11 plus 10 is mostly about how much things have changed since Al Qaeda decided to play darts with some Boeing merchandise and how much safer we aren’t now that we’ve been forced to spent billions on safety.  It’s good to reevaluate, but without looking ahead, we’re always going to be playing catch up.  Given the deadly nature of defeat in this game, that’s not a good idea.  But before cable news resets the panic button to scary and you cruise back to Frontierville to avoid all the 24/7, 9/11 going on this week, here are a few realities that may be uncomfortable but which will probably make you feel better.

on New York City.  Like any surprise attack, 9/11 was reasonable successful for the bad guys, simply because it was a surprise.  Terrorists have a distinct advantage over unarmed and unprepared men, women and children.  That’s why they target them.  However, they don’t fare quite so well against the heavily armed boys and girls we’ve sent out to hunt them.  Most of the original Al Qaeda crew have met the harsh realities of Western military technology, powered by some pretty dedicated and determined young people – and whether you like this scenario or not, it’s a plus.

It’s also a plus that, even though we’re only marginally safer today than we were on Monday, September 10th, 2001, we are safer.  Fanatical killers have not turned our friendly skies into an obstacle course of flying firebombs.  There’ve been other serious attacks with major loss of life, but at this point, the murderers haven’t turned our cities into charnel houses, and we aren’t yet under siege.  I still don’t completely trust our strategy, but the bottom line is success.  So far, we’ve been reasonably successful.

Of course, the major difference between then and now has nothing to do with the 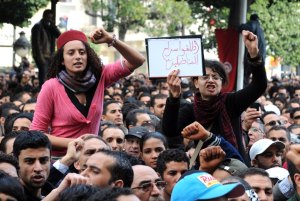 West’s response to 9/11.  The simple truth is the much-heralded “Arab Street” is outrunning the vision Bin Laden and his boys had for the Arab world.  Their fascist dreams of a resurgent Caliphate are, for the most part, yesterday’s news compared to the revolutions that are rocking North Africa and beyond.  For the first time in a century, there are free exchanges of ideas going on in Tunis, Cairo and now Tripoli.  The ten-year-old salvation Bin Laden had to offer doesn’t mean the same thing to people today who have popular power within their grasp.  The major sponsors of terror — Iran and Syria — are becoming more and more isolated, not only from their own people but from the rest of the Arab world.  Dreams are shifting across the sands of North Africa and throughout the Moslem world.  They’re new dreams, shaped in the last couple of years – if not months.

We in the West need to understand that Moslems are not a monolith, like the Sphinx, stuck forever in one particular pose.  Our world has changed dramatically in the last decade and most of it has nothing to do with 9/11.  So too, the Arab world has changed, and so too, 9/11 didn’t change it.  History does not halt on horrible events or follow a singular course.  No one incident dictates the rest of time.  History has a way of continuing and changing things – here and around the world.  I’m not saying Osama Bin Laden isn’t still a hero to many Moslems, nor am I saying the terrorist threat to us is over.  I’m saying things are different now, and we need to realign our priorities.

Ten years ago, the military response to terrorism was the best one.  It’s still a pretty good option today.  After all, unless your name is Gandhi, you realize that it’s impossible to negotiate with someone who’s willing to pump 50 calibre bullets into the back of a fleeing 10 year old.  We still have nothing to discuss with fanatics who see murder as a legitimate political choice, so we might as well shoot first.  However, here in 2011, we also have a far greater range of ways to deal with terrorism than we did ten years ago.  For the first time since 9/11, we have the chance to stop the bomber rather than just hope to hell we can defuse the bomb.

In the next few years, much more of Bin Laden’s old world is going to be swept away.  We in the West need to be part of that process.  Our assistance is vital to the new world that’s forming across North Africa.  We have a great opportunity to further isolate these fascists (we call them terrorists) who want to hijack not only the Moslem people, but their religion, as well.  If we do it right, 9/11 will change.  To future generations, it will become this generation’s Pearl Harbor; not a horrible beginning to a never ending war but a sad and solemn memorial to a terrible day in history.