I’m never going to die of old age.  Long before I’m reading the news by the light at the end of the tunnel, I’ll OD on irony and drown in a pool of my own WTF sarcasm.  The latest attack on world congruency comes from the cutthroat capitalists in the marketplace of International Aid.  Last week, in a brilliant bit of modern marketing, a new product was introduced and everybody from South Africa to Somalia is now scrambling to reposition themselves.  It’s an industry shift worthy of Apple’s introduction of the iPad3 and the ramifications are going to be felt for a long time.  Brace yourselves, folks!  It’s going to be a bumpy ride for the sympathy business south of the Sudan.

For those of us old enough to remember The March of Dimes, Hallowe’en UNICEF boxes and Lotta Hitschmanova, it always comes as a shock to be reminded that compassion has become big business.  Back in the day, charity began down the block and travelled on pennies and pop bottle deposits.  The Red Cross always showed up first when all hell broke loose somewhere in the world, and to cover things in between disasters, Miss Anderson’s second grade class sponsored a child in Guatemala who dutifully sent back drawings for the bulletin board.

These days, however, charity (especially the international variety) is no longer a 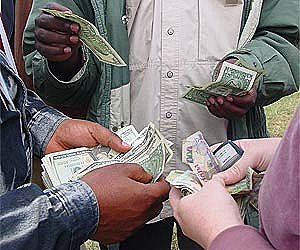 nickel and dime operation.  As traditional industries dry up or find themselves outsourced or regulated out of business, new not-for-profit enterprises are taking their place.  The empathy industry has attracted some of the best and brightest of our recent graduates who are now boldly exploring this new capitalist frontier.  These young entrepreneurs have taken to the emerging marketplace of International Caring and Sharing like 19th century railroad barons.  Their NGOs work on integrated multinational webs that stretch from offices in New York, London or Chicago through various lines of communication to villages and crossroads all over Africa, Asia, South and Central America.  Their corporate reach is vast, and their financial power on the ground huge.

The irony is, of course, that the trade in compassion may be the last bastion of pure capitalist though 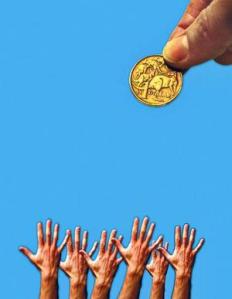 t outside of China.  It is one of the few industries left that lets the marketplace decide who thrives and who does not survive.  Here’s how it works.  There is an ever-decreasing limit to Western middle class discretionary spending.  That money can only be split so many ways.  Every charity is in competition with every other charity for a share of it.  (Right alongside iTunes and the local Cineplex, I might add.)  The organization whose message is clear and compelling will increase their market share, but usually only at the expense of someone else.   If this continues for any length of time, that someone else might just as well fold up their laptop and go home because, without donations, you’re out of the charity business.

That’s why when Invisible Children introduced their new product, Kony 2012, into the marketplace, everybody in the industry sat up and took notice.  Kony 2012 came with a kick-ass video that went viral, trending in the millions on Facebook and Twitter.  It even has its own app: “Joseph Kony 2012.”  It was a game changer, and overnight all the other charities were playing catch-up.  A murderous warlord with “What About the Children?” credentials and insane social media stats will suck millions away from those “oh so-o-o last week” causes established in Darfur, Rwanda and the Congo.  Kony 2012 donations, grants, poster and t-shirt sales will go through the stratosphere.  For the foreseeable future Kony 2012 is a license to print money — and that money has to come from somewhere.  .

I have a friend who got hopelessly trapped by Marx (back when Karl was still groovy.)  She maintains that the capitalist system was built on, and can only be maintained by, the misery of the masses.  Oddly, this week, I think she may be right.