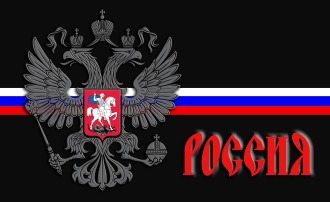 It’s impossible for me to go through November, 2017 without saying a few words about the 100th anniversary of the Russian Revolution.  The problem is it’s so damn complicated and, quite frankly (aside from Che) dead communists are not all that fashionable anymore.  Plus, in a time when “history” means “last week,” it’s difficult to explain to people that our world wouldn’t be suckin’ up to Vladimir Putin and Xi Jinping in the 21st century if a 19th century university student named Aleksandr Ulyanov had stuck to zoology.  (So be it!)  However, rather than kick myself forever for missing the opportunity, here are some fun facts about the Russian Revolution that most history books, historians and political pundits ignore.

1 – The Russians call it the “October Revolution” even though it happened in November because, in 1917, Russia was still using the calendar Julius Caesar created in 45 B.C. — which shows you just how backward Russia was at the time!
2 – The word “Tsar” is the Russian equivalent of the Latin term “Caesar” — which came to Russia from the Eastern Roman (Byzantine) Empire in the 15th century.
3 – From the time of Ivan III of Muscovy (who kicked out the Mongols) the Russian double-headed eagle hasn’t been able to decide whether it wants liberal enlightenment or reactionary despotism.  For example, Peter and Catherine — both ruthless, brutal rulers — are designated “the Great” in Russian history; whereas the most progressive of all the tsars, Alexander II, has been largely forgotten.  Ironically, despite his many reforms, Tsar Alexander was actually assassinated by socialist revolutionaries.
4 – The definition of “revolution” is “one complete rotation.”  That means that if you’re on a wheel and have a revolution, you end up in exactly the same place you started from.  In fact, you can have dozens of revolutions and you’ll always end up in the same place!
5 – What Marx wrote and what Lenin did are two different things.  Marx was a German philosopher in the mold of Schopenhauer, Kant and Nietzsche.  Lenin was a slick, silver-tongued lawyer, lookin’ for the main chance.
6 – Items #2 and #3 explain why, in 100 years, Russia has “progressed” from an empire ruled by an absolute autocrat, Tsar Nicholas II, to whatever-the-hell it is now — where President Vladimir Putin’s word is absolute law.
7 – Aside from Lenin, most of the Soviet leaders who came after the Russian Revolution weren’t actually Russian.  Stalin was a Georgian, Brezhnev was Ukrainian and all the others — up until Gorbachev — had mixed ancestry including Don Cossack and Finnish.
8 – Unlike capitalism and socialism, communism is such a dumbass, discredited political system that the only people who still even pretend to believe in it are college sophomores and their bearded professors.

9 – Aleksandr Ulyanov was a natural science student who, in 1887, was part of  conspiracy to assassinate Tsar Alexander III.  He was arrested, tried, convicted and executed.  He was also Lenin’s older brother!  This goes a long way in explaining why Lenin had such a hate on for the Romanov dynasty that he spend his entire life trying to destroy it.  In 1917 he succeeded and set up a regime whose ideology dominated political thought (for and against) for most of the 20th century.

8 thoughts on “9 Fun Facts About The Russian Revolution”