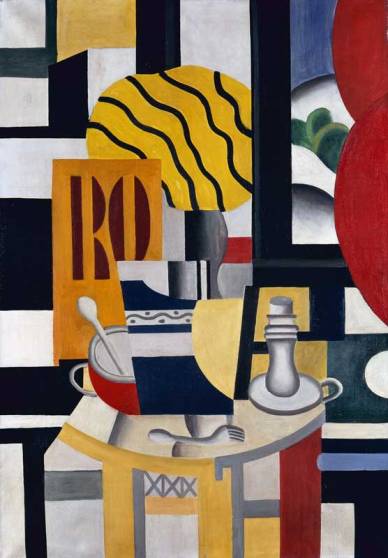 Emily loved Paris.  She’d studied here as a girl and had returned a few years later as a woman who fell in love with the wrong man, lost her virginity to a better one and spent the rest of the sunny summer in a Gallic mood, carefree and morose.  She was finally called home (when the sidewalk cafes turned cold) by an uncompromising mother and a father who was gravely ill.  Death and responsibility followed and summers and winters and ….  These days, Paris was just a weekend or less — too short to be enjoyed properly.  So she should have been happy with two weeks or more on the Seine, but …

The long story from last night had lasted most of the night, and they’d been busy all morning.  So waiting at the airport, they were both suddenly very tired – content to spend the rest of the trip silently contemplating the middle distance.  Dreyfus trying to figure out how Emily had talked him into letting her tag along and Emily smoldering, furious with Simon DeMonta, who she blamed for this insanity.  She’d heard a lot of the why of this ridiculous adventure but none of the how— and it worried her.

There was a car waiting at Charles De Gaulle, which oddly enough, already had a matching suitcase in the trunk.  Less than four hours out of London, they were checking into a boutique hotel just off Boulevard du Montparnasse.

The driver brought the luggage into the lobby and handed Dreyfus a telephone. “Pour vous, monsieur.”

Dreyfus nodded, put the phone in his jacket pocket and turned to reception, but before he could speak:

“Lady Weldon.  Excusez-moi!  We had no idea.” It was a voice from far behind the counter.

A man stepped forward and shuffled the other staff away with his fingers.

“Your usual suite, of course.”  He looked down at the arranged papers, trying to decipher them as quickly as possible.  “Perhaps a drink while we make the arrangements.”

“That would be fine, Lucien.  It’s nice to see you again.”

Emily took their passports out of Sinclair’s hand, gave him a you’re-in-my-town-now look and placed them on the counter.  She reached under his arm and directed him across the lobby.

“So that’s why you wanted to stay here.”

But before Emily could answer:

“Please, one minute.”  It was Lucien.  “Monsieur Sinclair, your friend Monsieur DeMonta has already arrived.  He is waiting across the street at Chez Marcel.  Just there.”

There was a perceptible pause.

“Shall I move him to the sixth floor?”

Emily turned her head only slightly. “No, he’s just fine where he is.”

She stepped Dreyfus towards the door.

“Could you send someone when the rooms are ready?”

Chez Marcel was far enough away from the tourist routes that it was old- style Paris – mostly empty at that time of day.  There were a couple of late shoppers, a book reader, a satcheled student, tapping a phone, and what looked like a bony bag of clothes thrown on a chair against the wall.

Simon was completely beyond anything Emily had been imagining.  She had to consciously close her mouth.  This man wasn’t just old — he was crisp, practically brittle.  He looked like a forgotten banquet of dead flowers — afraid of the wind that could blow him into a thousand pieces.  There was no possibility he was going to steal a Picasso.  It looked as if he couldn’t even lift one.  What the hell had Sinclair got himself into?

Dreyfus maneuvered through the tables and Emily, horrified, followed.  A couple of steps later:

“Hey, good to see you.  Emily,” Dreyfus put his hand on the back of Emily’s waist and moved her forward, “this is Simon.  Simon, this is Emily.”

Simon smiled and his face brightened.

But as he got up from the chair, he leaned heavily on a cane.

But all Emily heard herself say was, “Pleased to meet you.  Have you been waiting long?”