When I was young, people were just beginning to talk about the Generation Gap; that mythical disconnect between the young and the old that coloured so much of my generation.  Time passed, and as the Class of ’68 got older, this phenom morphed into the Credibility Gap.  After all, whining about the older generation when you’re standing there with a husband, a boyfriend, a mortgage, two cars and three kids just sounds silly.  However, the Credibility Gap was significantly different from “You’re an old, old dog and I’m a young, young puppy; I simply can’t relate to you.*”  It was no longer just a function of age.  Credibility had an active ingredient.  It could be lost; it had to be maintained, and there was always the connotation that, when credibility was lost, it was through some wanton act of deception – a dirty deed, if you will.  From there, maybe a generation later, the Credibility Gap itself mutated and became the Information Gap.  As more and more spin was applied to even the most basic facts, nearly everything that wasn’t nailed down lost its credibility.  People simply didn’t believe the information they were given.  However, the fiction that credibility – or, rather, the lack of it — was inherently tangled up with something sinister survived and, in fact, thrived.  The supposition was — and remains to this day — “If I don’t believe you, you must be evil.”

Fast forward to 2012 and the American election.  Last week, a George Washington University poll showed some astonishing results.  In six out of six categories (the economy, foreign policy, spending, taxes, Medicare and job creation) the American middle class favoured Mitt Romney over President Barack Obama, and not just by a little bit: they ranged from 2% on Medicare to 15% on spending.  Yes, this throws a monkey wrench into the “Romney’s finished” school of thought, but before you get your knickers in a knot, the really interesting bit is in the seventh category, “Who best stands up for the middle class?”  Barack Obama beat Mitt’s brains out — by a whopping plus 8%!  Think about it!  In all the hard core categories that count, people favour Romney, yet, on the wishy-washy “How do you feel about it?” category that leads directly to the ballot box, President Obama won, hands down.  This is an example of the Information Gap. 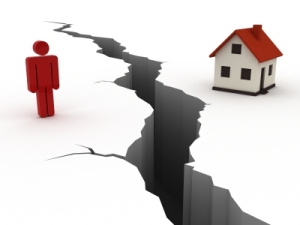 Everybody knows that Barack Obama is not a very good president.  Even Yellow Dog Democrats are beating the bushes, trying to find good things to say about the guy.  The best they can come up with so far is he inherited a hell of a mess and the Republicans are being mean to him.  While these are both true, unfortunately, folks, neither one of them is what anybody would call an accomplishment.  Especially since he got hired in the first place because he specifically told everybody, from Stockholm to Santa Barbara, that he was the new broom who would deal with these situations and with anything else that came down the pike.  What a difference a term makes!  I’m not going to get into chapter and verse about how bad the Obama administration is; however, I will say this: nobody’s talking about a Golden Age in America these days, not even Alec Baldwin.  In fact, most people are discussing the eminent decline and fall.  These are facts.  The apologists can bob and weave all they like, but, to quote John Adams: “Facts are stubborn things and whatever may be our wishes, our inclinations, or the dictates of our passion, they cannot alter the state of facts and evidence.”  The facts are the last four years in America have been the closest thing to a disaster without actually getting there.

Okay, you have an incumbent president who isn’t worth much; one would assume that Harold the Talking Penguin could beat the guy.  Nay-Nay!  Not only is Obama holding his own, he’s actually leading in a number of important (read “swing”) states.  Barack Obama has a real chance of getting re-elected.  Why?  Because his opponent, Mitt Romney, is rich, and the talk around the campfire is rich people can’t be trusted.  The assumption is Romney will somehow subvert the government (that dirty deed we were talking about) to further the ends of his rich friends.  There is no evidence of this: no smoking gun at Bain and Company, no skeletons discovered at the 2002 Winter Olympics and no bodies buried at the Governor’s Mansion in Massachusetts.  Yet the rumour persists.

This is the Information Gap taken to its natural conclusion.  The last four years have shown that — at best — President Obama is incompetent, and some would say downright negligent.  On the other hand, Mitt Romney has been a successful business person, a community organizer who rescued the 2002 Winter Olympics, and a fiscally responsible governor who eliminated Massachusetts’ deficit.  Yet, despite all the information available and the fact that 62% of Americans believe the country is headed in the wrong direction, there is a better than even chance that the American people will give Barack Obama a mandate to continue to govern them badly.  Go figure!

*Sesame Street or The Electric Company; I don’t remember which.

The odd thing about elections is that they’re so easily sidetracked.  Major issues give way to pivotal moments that wouldn’t warrant a page five headline in normal times.  Michael Dukakis’ now infamous joyride on an M1 Abrams tank in 1988 comes to mind.  Few, if anybody, really remembers what Dukakis had to say in ’88 but the image is still there – slightly silly – definitely un-presidential.  It’s the simple things that define an election.  The thing is most concepts are just too complex to explain in a sound byte or a television ad.  Thus, candidates have to distill a broad spectrum of ideas into one overwhelming message and hope it sticks to the electorate.  Franklin Delano Roosevelt did it with The New Deal, John Kennedy with The New Frontier and in 2008, Hope and Change carried Barack Obama to the White House.  The problem is these encapsulated messages are fragile creatures, and like Humpty Dumpty, if they shatter, there’s no way to pick up the pieces.

There’s not a lot of talk about Hope and Change in the Obama camp these days.  The mood is more hunkered-down.  The Democratic National Convention still has the hoopla, but the party atmosphere of 2008 is gone.  People are serious.  This isn’t going to be a skate to November like it was last time.  There’s a broad admission that, “We’re not there yet.” and there’s a lot of work to do.

Tomorrow, the Democrats bring out the big guns – Bill Clinton and the president himself.  Barack Obama doesn’t need to convert the faithful anymore; he needs to reconvert the sceptics.  It’s a difficult situation.  In 2008, Obama’s message was one simple idea — I am the solution.  Here in 2012, it’s more complicated than that.   He’s got to tell the electorate that he is indeed still the solution, but he also has to convince them that he’s not actually the problem.  Meanwhile, the Republicans have branded their guy a matte finish Mr. Fix-it.  No gloss, no gleam, just a clear picture of a repairman who can spot-mend the immediate mess and hold the line until Christie and Ryan and Rubio are ready to take over.

So far, there has been no defining moment in this election, but there will be.  If Obama is smart — and I know he is — he will stay away from going toe to toe with the Republicans.  He needs to bring on the glitter, paint the Republicans as joyless suits and ties, and rekindle those personal flames that were burning election night four years ago.  If he does that, he’ll probably get four more years; if he doesn’t, he can get busy planning his library.

I love a good fight, and nothing spells “Smack Down” like pissing off a Scotsman.  The Scotsman in question is Niall Ferguson, and the fight is over nothing less than the most important American election in a generation.  Last week, Ferguson came out swinging in Newsweek, calling the Obama administration everything but nice.  There was immediate retaliation and the war of the words was on.  I’m not going to go into the wherefores and the why right now, but you can read about it here, and follow the links all over the place.  The interesting thing is that maybe, just maybe, the 2012 presidential race is going to be a real election with issues and ideas and all kinds of other good stuff.  It could happen!

Regardless of which side of the aisle you’re on, up until a couple of weeks ago, it was pretty well agreed that the American election was going to be an outrageously expensive snoozefest.  Sure, Barack Obama wasn’t high-flying adored anymore, but he still had enough Evita Peron leftover to dazzle the multitudes.  On the other hand, Romney wasn’t exactly tearing it up in the charisma department.  The Man from Bland was living up to the moniker.  Meanwhile, the media, still a little uncomfortable with the laissez-faire treatment they’d given Barack the first time around, had decided to sit this one out.  Their strategy was that the Republicans would probably be Sarah im-palin themselves again, long before the bicoastal opinionators had to take a hand.  So they were spending their days drinking lattes and waiting for the latest Republican gaffe to Twitter by.  Enter Paul Ryan. 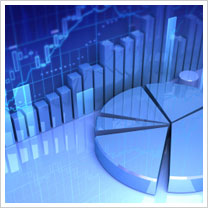 changer.  Suddenly, the Republicans had something more to do with their time than get all defensive about things like gay rights and abortion.  Ryan made his bones babysitting the Budget in Congress.  He is a man with a plan and, like it or not, his economic theses are going to get nailed up on Obama’s cathedral door.  Basically, that’s what Niall Ferguson (a former advisor to John McCain) was doing — in 10,000 words or less — in Newsweek.

The Republicans know that they haven’t got a snowball’s chance in hell of beating Obama in a popularity contest – the guy’s just too ubercool.  For example, he won a Nobel Peace Prize a couple days after he signed orders to seriously escalate the war in Afghanistan.  When you think about that objectively, the only thing you can say is “Wow!”  Actually, I’m surprised the Nobel people didn’t just throw in the Literature Prize as well.  After all, somebody wrote The Audacity of Hope.  My point is there isn’t a Republican alive with that kind of star power.  Mano a mano, the GOP’s best shot would be to resurrect Lincoln.  Even then, there wouldn’t be any guarantees.  So what to do to get to 1600 Pennsylvania Avenue?

It not very complicated, really.  For any number of reasons, Obama has not

delivered on his promises of change.   It’s obvious he’s made some terrible decisions, but, I think he didn’t have a hope, given the expectations put on the poor guy.  However, regardless of how he got here, even the apologists admit that the last four years have not been kind to him or America.  Now, with unemployment reaching double digits in some places, entitlement programs eating the budget faster than the Treasury can print money, a national debt that’s soaring into the stratosphere and an economy that’s hit rock bottom and started to dig, Obama’s vision of America is on trial.  Mitt has to offer a clear alternative.  He needs to stay away from the culture wars the Democrats love so much and match Obama — ideology for ideology.  Turning this campaign into a contest of ideas isn’t going to be easy, but, if he does, the White House could be well within his grasp.

Ever since John Kennedy took centre stage at the Kennedy/Nixon debates in 1960, American politics have leaned heavily on personality.  It would be totally refreshing if a candidate as unlikely as Mitt Romney could change all that.