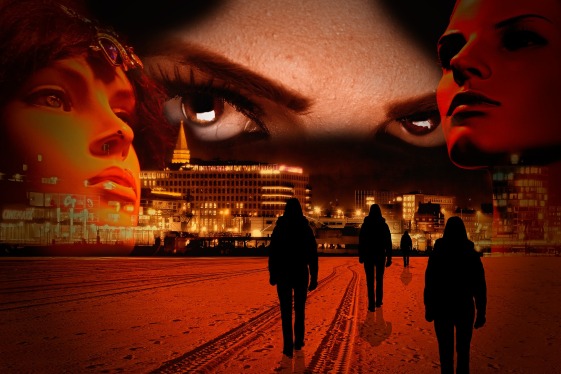 It’s been 70 years since George Orwell published his dystopian novel 1984.  It’s considered one of the pivotal books of the 20th century, and if you haven’t actually read it (in the 21st century, most people haven’t) you certainly know what it’s about.  It’s a complicated tale, but the Twitter version is we better watch out or Big Government is going to go power mad and control (read “enslave”) us all.  Orwell lined up the usual suspects – censorship, disinformation, propaganda, surveillance, informants and fear – to create a pretty scary Stalinist view of the future (read “the present.”)  In fact, it’s so convincing that many of the terms Orwell invented — like Newspeak, Doublethink, Room 101 and Big Brother — are now part of our language.  The problem is George may have got it wrong.  Yeah, yeah, yeah!  Some computer in California is probably reading your text messages and can pinpoint your location, anywhere on planet, but – uh — so what?  Quite frankly, if the CIA, MI5, FSB or the Chinese MSS want to know anything about you, all they have to do is log into Facebook, Instagram, Snapchat, etc., and they’ve got all the information they need.  And that’s the crux of the situation.  Who do we have to fear – our government or ourselves?

For my money, if you want a scarier version of the future (read “the present”) take a look at Aldous Huxley’s Brave New World, published in 1932.  Huxley’s view is deeper and darker and a lot more prophetic.  Huxley’s says the future won’t be bleak and hungry but actually rather happy – too happy.  Huxley’s society is just as closed and lock-step conformist as Orwell’s, but the difference is nobody cares.

In 1985, Neil Postman published a book, Amusing Ourselves to Death, and part of it is a comparison of 1984 and Brave New World.  Here are a few of his observations.

Orwell said that, in the future, many books would be banned.
Huxley said there would be no need to ban books because nobody would read them.

Orwell said that information would be strictly controlled and distributed by the government.
Huxley said that there would be so much information no one would pay attention to it.

Orwell saw a joyless, sexually repressed, poverty-stricken society that had lost its soul.
Huxley saw a drug-soaked, sexually promiscuous, consumer society that didn’t have one.

Here, in the 21st century, the future is now, and Big Brother might very well be watching you — but personally, I think the bigger problem is … he doesn’t need to.