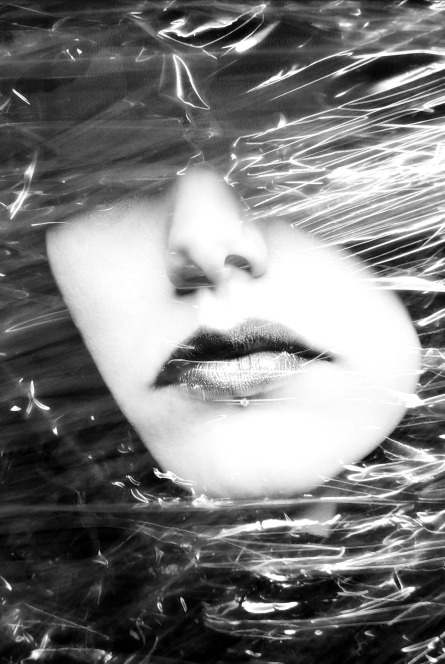 Sylvia looked at the moon, a smudged coin disappearing in a cloudy sky.  It would rain soon, probably before morning.  That didn’t matter: she planned to be safe in bed by then.  Tomorrow night, she was going north, but tonight – tonight was hers.  Tonight was an ice-cubed whiskey in a heavy glass.  The fish?  No, the beef — with scallops to start and a wine so red it turned black on her tongue.  Then coffee and honey-wet pastry, sticky and sweet, and a hotel bedroom key.  It was a night of boat neck shoulders, cuff length sleeves and a tight walk hemline.  It was a night of long jewelry earrings that touched her throat, a dancing emerald ring and tall heels.  It was a night that men and their women noticed her when she walked in, watched her sit down and wondered who she was there for.  It was a night of little tongue candles that made licking shadows.  A night of dim shaded faces and intimate reflections.  It was a night of eyelashes and lipstick and deep silver fingernails.  It was a night breathing with seduction.

Once, a few years ago, when she was much younger, she’d brought a man to a night like this.  He was a handsome European with diplomatic immunity and a coming career.  He spent the evening trying to recruit her into his bed, like a qualified negotiator.  The evening faded and finished, and Sylvia walked away.  Unfortunately, a couple of days later when Sylvia didn’t call, he came looking for her and ended up meeting Mirac in an underground carpark.  Since then, Sylvia kept these nights to herself.

On the other side of the moon, Karga was reading a bedtime story to his two sons, Mustafa and Taavi.  It was a tale of a reluctant thief and a clever slave girl, Morgiana, who made him rich.  He read parts in English so his boys would get to know the words.  And when he was done, he went downstairs, drank tea with his wife and waited for the rain.

Sylvia raised her glass to where the moon should have been.  And all alone in a crowded restaurant, she touched her lips to the cold glass, drank, and waited for the warmth of the whiskey. 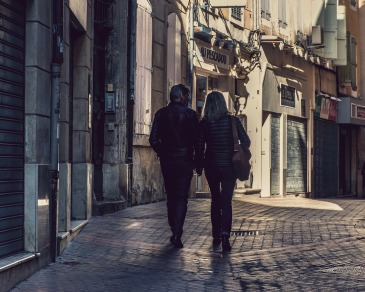 On the first night, they blew out the candles and whispered in the suspicious darkness like spies unravelling their secrets.  The tip-wary waiters kept their distance.  And only a lipstick line on a brandy glass betrayed that they were ever there.  Eventually, there was a cloud-careful moon and a long walk through the hotel-crowded streets smooth with the forgotten footsteps of long ago lovers.

On the second night, they found the river, simmering black with dancing silver ridges — so they hid on the balcony and wondered if anyone would find them.  No one did.  And then, when they had nothing left to say, their shadows leaned forward and undressed them, caressed them and covered them so completely with the night that only their breathing remained.

On the third day, they slept deep into the sun, and folded into the bedsheets and their newspapers, they drank coffee and had breakfast and spilled the orange juice.  They walked past the museums and found a few tales of conflicting folklore from the market merchants who had stories to tell.  Then, as the afternoon slipped into evening, they wandered and wined their way back to the hotel for late night shrimp and avocados.

On the fourth morning, they picked up their telephones from the hotel safe, and when the taxi driver asked them about their luggage, they just shrugged.  At the airport, they phoned the kids to come get them because — after 20 years of Valentine’s Day weekends — Mr. and Mrs. Cooper were not foolish enough to pay for airport parking. 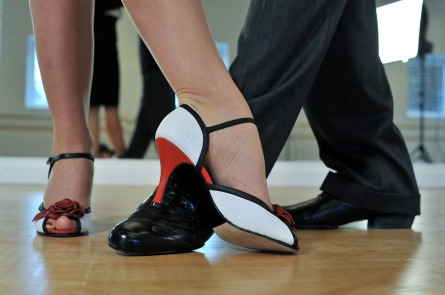 In the 21st century, we’re scared of love.  It has sticky bits and awkward edges.  It defies our science and our psychology and laughs at our technology.  There is no App for love, and it refuses to do as it’s told.  It’s the last rebellious relic of our primitive soul.

So, I’ve written a poem for all hopeless romantics (like me) who’ve had a howl and a dance with love — when the fire was bright and the music was high; who’ve kissed in the shadows so tenderly that the darkness held its breath and those (like me) who’ve ached and sighed and laugh and cried — for love.

Now, let me explain.  (BTW, I’ve seriously mixed up the genders because, even though I believe love is different for men and women, the results are identical.)

The One You Knew You Shouldn’t — This is the one that you took one look at and knew — right away — it was a bad idea.  But you couldn’t help yourself.  Normally, this involves your best friend’s boyfriend or your boss’s little sister.

The One You Thought You Should — That perfect person who, six months later, turned into the Bitch of Belsen.  Or, it’s almost as if somebody photo-shopped this guy’s personality — and it wore off.

The One You Thought You Couldn’t — “Wow!  What the hell was he doing with me?”  Or, that chick was so hot when you slept with her you got a suntan.  Affairs like this never last because eventually these perfect human beings go back to their own species.

The One You Wish You Could — Deep in the heart of 4 o’clock in the morning, we all have that one secret love that nobody — nobody — except, maybe, the dog and your pillow, knows about.

The One That You’ve Forgiven — This is the lover who slam-dunked your heart onto the sofa for three months of red wine, Rocky Road and Rom/Com therapy. But, looking back, you kinda shrug and think, “Ah! It takes two.”

The One You Won’t Forget — Everybody has at least one love affair that flares like a supernova.  In extreme cases, you end up in Vegas or Mexico, swimming in libido, drunk off your ass on moonlight and margaritas, and thinking “When this goes bad, I’m going to burn up on re-entry — but I don’t care.”

The One Who Made You Laugh And Sing — When we were young and our hearts were an open book. . .  But, now, you might have a name but you can’t quite remember the face.

The One You Most Regret — What were you thinking?  You chased this guy relentlessly — even though everybody on the planet told you he was bad news.  Then, when you finally hooked up, she used you like a Swiffer WetJet and dumped your ass in the trash the minute something else came along.  (You’re never going to get that year back, ya idiot!)

The last stanza is self-explanatory.