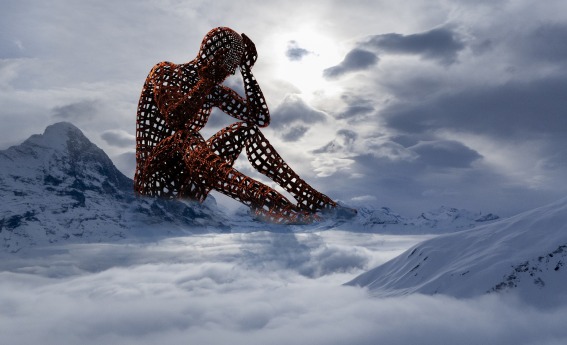 It’s January, and it’s snowing – a rare occasion in Vancouver.  So rather than risk starting a Netflix binge that could last all week, here are a few random thoughts on a frozen winter morning.

I’m old enough to have survived the great Jennifer invasion.  Remember those days?  You’d call “Jennifer” on a crowded street, and 30 teenage girls would turn around; teachers were numbering their female students and it got so bad parents were spelling it with a “G” (Gennifer) or a “Y” (Jennyfer) or both (Gennyfer.)  Ah, the good old days!  Currently, le nom de jour is Ryan, and I don’t think anyone saw that coming.  After all, Ryan O’Neil is too old to stir the imagination of young parents, and Saving Private Ryan is – uh – just strange.  Either way, our world is up to its elbows in Ryans.  There’s Ryan Reynolds, Ryan Gosling, Ryan Hansen, Ryan Merriman, Ryan Guzman, Ryan Kwanten, Ryan Rottman, Ryan Eggold, that “I’m no genius” swimmer Ryan Lochte, and for you older folks, Ryan Seacrest.  There are even a couple of women, including Ryan Newman.  But the weirdest thing about this phenom is Ryans seem to love to play hockey.  At last count, there were 57 Ryans in the National Hockey League.  That’s more than all the Johns, Dons, Rons, Steves and Toms put together.  In fact, you could field an entire team with nothing but Ryans on it.  Go figure!

Although I spend a ton of time complaining about millennials, I really have no idea who they are.  Honestly, once Gen X was over, I kinda got confused.  Especially when Generations Y and Z started to run together like eggs beaten into cake batter.  (Yeah, they’re different, but good luck trying to separate them.)  And now, apparently, there’s a Post-Millennial generation.  This is too much for my brain, so, like most people, I work on the assumption that if you’re younger than me and an asshole, you must be a millennial.  It just makes things a lot simpler.

Have you ever noticed, in the movies, when Satan comes back to rule the Earth, Hollywood always blames the Catholics?  It’s always some medieval Vatican screw-up that leaves a loophole in the space/time continuum for the Prince of Darkness to slither through.  You never see Tom Hanks trading riddles with the Archbishop of Canterbury or Arnold Schwarzenegger duking it out with a bunch of Baptists.  Protestants are cool and all that, but I’m pretty sure that when the Apocalypse shows up, they’re going to get their fair share of fire and brimstone.  You’d think Hollywood would know that.

And speaking of Hollywood, the Academy Award nominations came out this week, and everybody west of San Bernardino is already starting to apologise — too white, too old, too male – the list of Oscar’s offences is never ending.  Ironically, the only person to ever out and out refuse an Oscar was an old, white male — George C. Scott.  (FYI, it’s a popular misconception that Marlon Brando refused the award.  He didn’t.  He just sent somebody else to get it for him.)  And, incidentally, rather than having to fire another host for 10 year old Tweets or risk a Ricky Gervais ass-kicking, Oscar has decided to go host-less again this year.  If this keeps up, eventually, the Academy Awards are going to be Drive-Thru.

Harry, the Englishman formerly known as a Prince, has decided he doesn’t want to be a royal anymore.  I’ve always liked you, Harry, but I don’t have a lot of boohoos for your predicament.  Yeah, it’s tough living in a fishbowl, but if you’re serious, you might wanna think about paying back all the taxpayer money you spent on The Wedding and renovating that house your grandma gave you.  Just sayin’!

Collective nouns are cool.  They add colour and flavour to the otherwise boring job of naming things.  Plus, once you get past the regular stuff like a herd of cattle, a flock of sheep, a pack of dogs etc., they get uber-creative.  I wanna meet the person who thought up “a parliament of owls.”  What kind of a mind can do that?  Or a cauldron of bats?  A prickle of porcupines?  And everybody’s favourite – a murder of crows?  I look at lemurs and think “cute little furry buggers” but somebody else thought “a conspiracy” and, yeah, they were right.  A group of lemurs huddled together look like they’re plotting something.  So, with that in mind, I thought I’d try my hand at creating collective nouns.  Some are more creative than others.

A treachery of politicians – This illustrates the lie/deny cycle of political life.

A scold of environmentalists – A fine label for the holier-than-thou attitude most of these people take.

A robbery of insurance companies – This one speaks for itself.

A congratulation of celebrities – No other group on this planet spends as much time telling each other just how “awesome” they are.

A labyrinth of lawyers – If you can’t get there from here, there’s always a lawyer hiding around the corner somewhere.

A necessity of police officers – Let’s face it!  Without the cops, the streets of most major cities would be a war zone.

A vocalization of vegans – Do you have any idea what these people don’t eat?  Oh, never mind: they’ve already told you – twice!

An annoyance of evangelists – Nothing is quite as big a pain in the ass as somebody interrupting your day to tell you that their God can beat up your God.

A tremble of university students – Here’s a group so fragile they need “safe spaces” and “trigger warnings” just to make it through the day.

A swindle of salesmen – Unfortunately, it’s always men who give this profession a bad name.

A tantrum of Twitter users – Once again, this speaks for itself.

A pharmacy of athletes – Professional athletes take a lot of “supplements” – a lot!

A trudge of tourists – What else would you call crowds of sober-faced 40-somethings, plodding through the streets, looking for art galleries, museums and monuments — day after day?

A disgrace of journalists – Once an honourable profession, as a group, these people haven’t done their job properly since Edward R. Murrow roamed the Earth.

A prance of parents – This group is particularly pleased with themselves — even though the vast majority of them are only parents because they let a Ryan Gosling movie get out of hand.

A misery of millennials – These perpetual malcontents are constantly complaining about something.  And when they run out of ordinary stuff to whine about, they trot out their student loan.  God, people!  Give it a rest!  Nobody can be that unhappy.

Did I miss any?

Our lives are governed by time – that artificial construct that measures everything we do.  We divide our days into minutes and hours.  We multiply our days by weeks and months.  And we commemorate our years with an annual cake-and-candles celebration.  We work by the clock, sleep by the clock, arrive and depart by the clock and even play games by the clock.  Our language is full of references to time.  We say things like “fast food,”  “running late,” “split second” and “give me a minute.”  These phrases mean more than their literal meaning and everybody understands that.  Yet, despite our apparent obsession with all things temporal, there are lots of occasions that we don’t bother to measure or even name.  These are regular events that happen to everyone, so it seems weird that we treat them so casually.  Here are just a few examples — and I’m sure the world would be a better place if they had names.  Feel free to offer suggestions!

The time we spend waiting for doctors.  Every doctor, from Boston to Beirut, has a waiting room, and it’s called a waiting room for a reason.  It’s where we go to wait until – I don’t know — your name comes up in the lottery?  And this doesn’t just happen once in a while – it’s every time.  Personally (given this kind of regularity) I think we should have a name for the time we all spend rehearsing our symptoms and looking at out-of-date magazines.

The length of time between when the repairman says:
“No problem!  We’ll get this taken care of in a couple of hours.”
And
“Nah!  We had to order the part from the manufacturer in Borneo, and we have no idea when it’s going to get here.”
There should be a name for that feeling of gathering doom.

The length of time it takes to get rid of a headache.  I guess we could just call it “to infinity and beyond” and get it over with.

The time between when we buy the gym membership (and swear by all that’s holy we’re going to go 3 times a week) and the time we take the membership card out of our wallets to make room for the Cupcake-of-the-Month card.

The time we spend in a traffic jam, between when every car within 10 kilometres (6.21 miles) slows down to a crawl, and when we discover that there was no road construction, no collision, no dead pedestrians: in fact, no reason whatsoever for traffic to come to a standstill.  Frustration should have a name.

The time we spend with the remote control, dancing through the Netflix’s selections, trying to find something really, really good to watch.

The time between now and never.  This is a negotiable unit of measure that lasts from the time we say something like, “I’ll never drink tequila, again” and the time we think “What the hell” and pull out the Jose Cuervo.

The time between when the computer guy (it’s always a guy) starts telling us what to do to fix the problem and the time we realize we don’t understand a word of this gibberish and start jamming the keyboard — like a Rhesus monkey looking for a food pellet.

But my favourite is:

That situation when something important is going to happen in the near future and we’re completely ready for it.  We’ve done all the prep, got dressed, gathered our stuff, been to the toilet, etc., etc., and now … and now ….  Suddenly, there’s not enough time to do anything but too much time to do nothing.  Seriously!  This needs a name.