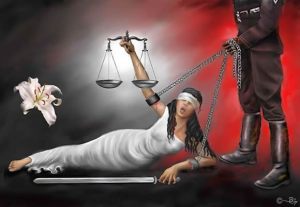 I had a friend who once told me there are no such things as bad days.   He wasn’t one of these terminally chirper individuals you want to shake ‘til their eyes pop.  He was a regular guy, and he practiced what he preached.  Rick (not his real name) saw the world as a wonderfully written comedy, loaded with pathos and suspense, and he saw life as a poker game where you have to play the cards you’re dealt.  His point was that instead of lamenting the fact that you have no shoes, you should find the guy who has no feet.  Then, by purchase or guile, you should get your mitts on his shoes because he’s obviously not going to be needing them.   Rick would have loved the 21st century.

Every time I run into a day like today, when it looks, for all the world, like the world is doomed, I think of Rick and wonder what he’d make of it all.  Not the big things like another earthquake in Japan or the United States 24 hours away from bankruptcy — but the little things — the quirks and pops that define us, as a society.

For example, the British Columbia Civil Liberties Association is all upset that a woman was tossed from public transit for wearing a button that the Transit Authority thought was offensive.  You can read about it here.  What happened was the transit cops were checking for unpaid fares (Vancouver and environs has an honour system for the part of public transit called Skytrain) when they found a female dishonouring the system.  According to various news sources, they wrote her a ticket for $175.00.  She, then did the honourable thing, bought a ticket and wanted to ride.  However, the cops asked her to either remove an offensive button she was wearing or remove herself from public transit.  She refused to do either one and so was forcibly removed — button and all.

Our girl decided not to just go quietly into that g

ood night, shake herself off and ride for free another day.  Instead, she decided that this was no less than a police state challenge to the very core of our democracy – freedom of speech.  She embarked on a province wide “I’m a Victim” tour of various venues.   It seems most people blew her off — including the Police Complaint Commissioner.  However, the B.C. Civil Liberties Association had enough time, money and resources to not only hear her tale of woe but they also had enough time, money and resources left over to act upon it.  The BCCLA, as they’re affectionately called, has now asked the transit police to “clarify and revise their policy on free speech” without delay (Tracy Sherlock, The Vancouver Sun, 4.7.2011., A4.)  Such is the dire nature of this attack on Canadian values and liberty.  Of course, the BCCLA doesn’t blow their nose without alerting the media, so

Vancouver’s answer to Joan of Arc found her way into the on-line pages of both The Vancouver Sun and The Globe and Mail.  The story includes a picture of the offending woman with the offending button.  However, possibly at the request of the photographer (although I have no evidence of that) our heroine’s fingers are strategically covering the offending word — one assumes, so as not to offend.

There you have it.  That’s what darkened my mood today.  At a time when half the world is starving, the other half is trying to butcher each other and the rest of us are trying to cope with the insanity of it all, the B.C. Civil Liberties Association is spending a wad of cash — protecting me from the transit police who were protecting me from nasty little girls who think the rules of common courtesy should not, or do not, apply to them.

So, what would Rick think about all this?  Let me just stop for a minute and explain something.  Although this ignorant waste of time and money upsets me, I do not have a public opinion about it.  I’m a coward.  The B.C. Civil Liberties Association scares the bejesus out of me, and when they’re around, I keep my opinions to myself.  The only thing that scares me worse is their mutant parent, the Human Rights Commission.  Make no mistake: when the Nazis come, I’m the guy hiding in the basement, reading novels – just so you know.  So, anyway, what would Rick think about all this?

Rick would find it absolutely hilarious that the B.C. Transit Police actually expect people to pay $175.00 fines when they didn’t spring for bus fare, in the first place.  He’d laugh himself stupid that this somehow passes for injustice.  And he’d be rolling on the floor, peeing his pants, to hear that the people’s champion of Canadian values didn’t have the integrity to contribute $2.50 worth of social responsibility to public transit!

I guess it’s not such a bad day after all, when I think about it.  Normally, I’d have to pay a cover charge for this kind of comedy.  Thanks, Rick!