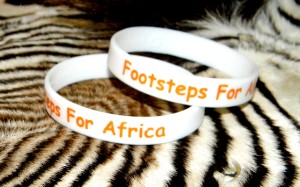 If there’s anyone on this planet who doesn’t think Africa is totally screwed, I haven’t met them.  At any point in the last fifty years all you had to do was mention Africa and somebody would say, “Oh, those poor people!”  Trouble is to Africa what fire is to Beelzebub: they’re inseparable.  Ever since the colonial powers packed up their oppression and went home, Africa’s been falling apart.  If it isn’t the AIDS epidemic: it’s famine, and when there isn’t enough famine, there’s always good-old-fashioned civil war.  And all this is covered with a layer of soul eating poverty so thick it defies belief (unless you see it, you have no idea.)  To wax poetical, the history of post colonial Africa is written in the ink of despair.

In the West, the prevailing wisdom is Africa’s problems come from a combination of neo-colonialism, corporate greed, despicable leadership and …  What else?  Oh, yeah!  Did I mention neo-colonialism?  Any discussion of Africa eventually works its way back to European exploitation – whether it’s the slave trade or the rubber plantations of the King Leopold’s Belgium Congo.  This kind of talk makes people in the West uncomfortable.  They tend to ge 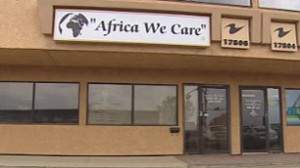 t quiet and reach for their wallets and, after half a century, that has become an automatic reaction.  The standard solution to African problems is financial aid.  It’s almost as if the people in the West think that if they throw enough money at Africa it’ll just kinda go away.  Unfortunately, that’s not going to happen.  If aid to Africa worked, we wouldn’t be having this same conversation we’ve had since before Patrice Lumumba was delivering mail.

Recently, however, there have been a few people who are saying, “Hey, wait a minute.”  They’re looking at Africa with a critical eye.  They see the disaster and the perpetual ineffectual response and wonder what’s going wrong.  One of those people is Dambisa Moyo.

Moyo says that institutionalized aid to Africa has created a Frankenstein of dependency and corruption.  African governments simply don’t have to act responsibly because they have a goose that continually lays them golden eggs.  They can waste Western money; it’s reliable and free.  They can toss quick-fix dollars at problems rather than building long-term solutions.  They have hundreds of millions of dollars flowing into their counties every year — with minimal accountability attached.  The temptation for corruption is too great for local authorities (legal or otherwise) to pass up and it’s no wonder ordinary Africans see little or none of it.  In essence, Western dollars pouring all over the continent have, according to Moyo, made good African leaders bad and bad ones even worse.

Moyo goes on to say that because of all this money kicking around, African countries don’t have to work from the bottom up.  They don’t have to build locally feasible economic strategies or self sustaining infrastructures.   They can, and mostly do, take a random approach to development.  Schools, roads, hospitals, sanitation facilities etc. — the bare necessities of a burgeoning economy – are not part of any coordinated plan.  When Oprah wants to build a school or Save the Children wants to dig a well, they do it — usually without any reference to anything else.  There is no interconnected system of institutions that assist each other.  Roads can be built but not maintained.  There are hospitals with no staff; schools with no teachers etc. etc.  In short there is no big picture.

Nor is there any need for African governments to cultivate an atmosphere that encourages the creation of wealth.  They don’t need a local taxpaying middle class to provide revenue.  They can stumble along on Western handouts.  Therefore, there is no need to build the kind of safe and stable institutions we in the West take for granted.  In fact, a blossoming middle class, no matter how small, would be a hindrance because they would begin to demand standards and facilities their governments are not willing to provide. 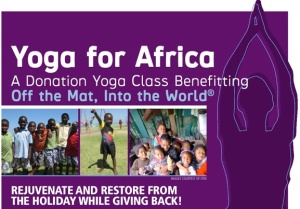 Independent craftspeople and artisans are being driven out of business because the goods and services they would normally provide are being given out free by Western aid organizations.  These tiny enterprises are the fundamental building blocks of a developing society.  Without them, there’s no hope of creating wealth, paying taxes, hiring neighbours or modernization.  Individual workers or local family businesses simply can’t compete when Western NGOs roll into town.  The problem is the NGOs go home and the locals have to start all over again.  Usually they don’t.  Moyo uses the example of the Spread the Net campaign which provides free bed nets to Africans to prevent malaria.  While the campaign has worked miracles, cases of malaria are down all over the continent, it has also killed the local bed net industry.  It’s the same with brick makers, transportation, clothing, banking etc. and even, in some cases, farming.  Huge amounts of no-strings-attached money have upset local economies so badly that it could take generations to recover.

Finally, Moyo says that no matter how well-meaning Western aid is, the unwanted consequences are far more destructive than the original problems.  She also says that this situation is well known both in Africa and in the West as well.  Yet, the aid industry is so well entrenched it has become self generating.  No pun intended, but Western aid is now part of the food chain and literally millions of jobs depend on it.  However, Moyo offers a solution.

Friday: Why the West must cut off aid to Africa.