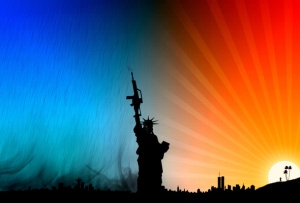 To put it mildly, America is in the middle of an economic crisis… again.  However, there’s a difference between this one and the crisis of 2007-08 or even 2000.  This time, instead of faceless, nameless corporate executives, Americans have somebody real they can blame — and it just might be Barack Obama.  If this credit downgrade by Standard and Poor’s sticks to the President and the crisis turns political, America is in for a ride right out of Roller Coaster Tycoon, and the rest of the world better buckle up ‘cause they’re coming, too.

Before we discuss the mayhem that’s about to ensue we need to get a few facts straight.  First of all, there’s nothing wrong with the American government’s credit.  If anybody would take even a brief panic pause, they’d notice that most people who are getting out of the stock market are putting their Yen, Yuan and Euros into US Treasury Bills.  So much for America’s inability to pay its debts!  Secondly, the US economy is in trouble, but it’s not on the verge of collapse.   Of the twenty largest corporations in the world, ten are American — and that doesn’t include Disney, Coca-Cola or McDonald’s.  Visa and Mastercard are American companies, as are Facebook, Google, Microsoft, Intel and Apple.  Your physical laptop may be made in China, but the guts that run it are American.  Also, there are two essential concepts you need to understand.  One: every single American, from birth, knows that, unless it’s your team, nobody cares who didn’t win The World Series.  It’s in their DNA somewhere.  To reiterate, they believe that there are champions and then there are the other guys; you don’t get points for close.  Two: in general, ordinary Americans don’t know anything about 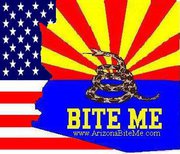 the rest of the world, and they don’t care.  It’s not arrogance; it’s a simple fact.  Why don’t they care?  They don’t have to.  This isn’t bashing “stupid” Americans.  Think about it, objectively.  What difference does the rest of the world make to them?  The reality is not much.  Former Speaker of the House, Tip O’Neill, once said, “All politics is local.”  For Americans this is true.  That’s why Barack better shape up, or in 2012, the locals are going to go Jimmy Carter on his ass and he’ll be spending the next four years planning the Obama Library.

Here’s the scenario.  Last November, the Republicans may have taken control of the House, but it’s the Tea Party caucus that owns it.  They proved that during the debt ceiling fiasco.  As it s 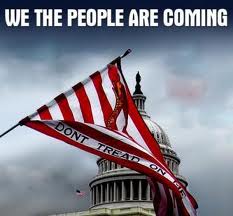 tands now, in 2012, there’s more than an even chance the Senate could go the same way – a Republican majority with Tea Party control.  Now, as of last Friday, Standard and Poor’s threw the White House into the mix.  Obama’s approval rating is at 40%.  That’s not enough to win re election.  If a Republican – any Republican – gets to redecorate 1600 Pennsylvania Avenue next year the Tea Party is going to be running the show.

Tea Party people are fed up with playing nice with the rest of the world.  They see America as getting kicked around by every two-bit country with a vote at the UN, and they’re tired of paying for that privilege.  This credit downgrade is just another example to them.  They look at the billions spent in Iraq and Afghanistan and say, “Hey, wait a minute!  We could have used that money.”  They want to stop wasting lives and dollars on foreign adventu 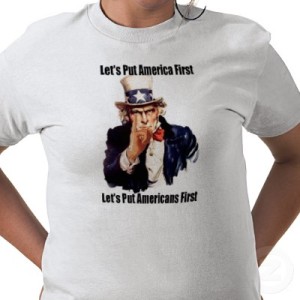 res and get their own house in order.  They want to protect their own borders, their own jobs and their own industry — before they start tackling other people’s problems.  They want to feed and educate their own children first.  In short, they’re old-fashioned Isolationists.  But before the anti-American choir starts gearing up for the Hallelujah Chorus, let’s look at what this means.

Admit it or not, America has been doing the heavy lifting — economically and militarily — around this planet since 1945.  American military spending has allowed Europe to spend their money on social programs and Canadians to buy Health Care.  The foreign aid they gave Asia established global industries that turned Pennsylvania, Ohio and all points northwest into the Rust Belt.  They’ve paid for schools and hospitals across South America and Africa.  And it goes on and on.  There is no part of contemporary society that hasn’t benefited from American dollars.  Pax Americana has given our world the time, space and peace to grow scientifically, medically and culturally.  Anti-American gasbags don’t realize the USA is the most benevolent Superpower in history.  They never mention the trillions of dollars worth of free food Americans have sent around the world, or the free medical aid or industrial assistance.  They don’t talk about things like the Center for Disease Control in Atlanta, or the American Red Cross or the IMF or the World Bank or any of the other goodies Americans have been paying for — for two generations. 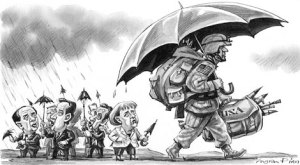 So what happens if an America First Congress starts turning off the money tap?  Every country west of the Bosphorus is going to have to up their military spending by at least 20%.  Europe doesn’t have that kind of money, but they’re going to have to find it.  Canadian Arctic sovereignty will become an expensive proposition.  South Korea will have to do some serious sucking up to Kim Jung-il.   Japan had better invest in missile defence, and China’s lost province of Taiwan will probably be reunited with the mainland, at long last.  The Middle East is too disastrous to even contemplate, but Iran’s neighbours should consider stocking up on bomb shelters and HazMat suits.  And the military spending isn’t even the half of it. 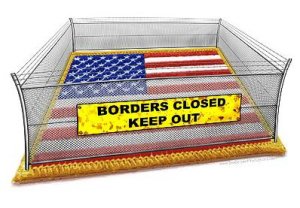 economy out of the free trade loop, the Great Depression is going to look like a walk in the park.  World trade will collapse, just like it did in 1929 — but the fall will be further because billions more people depend on it.  Modern Asia’s prosperity is built on exports; and without them they’re burnt toast.  The Yuan, China’s much-manipulated currency, won’t be worth the time it takes to print it – never mind Asia’s lesser economies.

Then there are all the other non-threatening by-products of American isolationism.  Frantic calls from places like Haiti, Somalia and Indonesia will still be there, but they’ll be put on hold.  Relief efforts in non-big-media areas will wither and die.  The UN, not a Tea Party favourite, will be looking around for lunch money, and Unicef, Unesco, WHO and all the other alphabet agencies will be having bake sales to pay the bills. 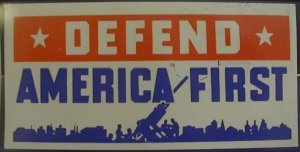 The last time America shut the doors and went about its business, there was a global economic disaster and a world war.  In the 21st century, American voters are not going to complain if their government stops spending money in places like Eritrea; most of them don’t even know where that is.  No pressure, but Americans don’t like a loser either; so, Barack, you’d better come up with some economic answers pretty quick — or the political fallout is going to be heard around the world.

4 thoughts on “How to Ruin a Debt Crisis: Part III”