Anarchy has a way of convincing people that the discussion about individual rights and responsibilities isn’t over yet.  Kick in a store window or set a cop car on fire, and the first thing you know, academics are demanding room on the head of a pin to debate individual rights in a free society — with a side order of responsibilities.  Common knowledge says that everybody has rights — although they seem to be elastic in times of crisis.  We also agree that individual citizens have responsibilities to their greater society, but, oddly enough, nobody — right, left and centre — is willing (or able) to specify what they are.  However, like medieval priests, the learned people of our time keep jawing away as if there’s some kind of cosmic scale that can be balanced if we just get the correct combination.  Unfortunately, there is no cosmic scale where rights and responsibilities have equal measure.  Besides, the entire discussion is based on a fallacy.

Our modern concept of individual rights and freedoms comes from a group of gentleman farmers who had acres of slaves to do the actual agricultural work.  This gave them the cash and the leisure to read the ancient Greeks, John Locke and some trendy French philosophers.  They decided that men (women would have to wait) “were endowed by their creator with certain unalienable rights.”  This idea had been around for a while, but for the first time, instead of just talking about it, these guys took musket in hand and started shooting.  When the smoke cleared, a bunch of North Americans were enjoying “life, Liberty and the pursuit of happiness.”  The idea caught on, and the rest is recent history.

However, if we were to study these Virginians a little bit more diligently, we

would discover what they already knew.  Human society is not based on individual rights.  It’s based on individual responsibilities.  They knew that; we’re the ones making the mistake.  Interestingly enough, one of the first crises of the new American government was a rebellion by western farmers who didn’t want to pay the excise tax on whiskey.  It was put down by force.  (Western alienation has been with us ever since.)  My point, of course, is America’s Founding Fathers understood that it’s the individual citizen’s responsibility to pay taxes — not his individual right to refuse — that is the cornerstone of polite society.

Way back in caveman days, when Grog and his family decided to share the warmth of their cave with other wandering Cro-Magnons the first grunting discussion was not about who got to sit by the fire.  It was who’s going to gather 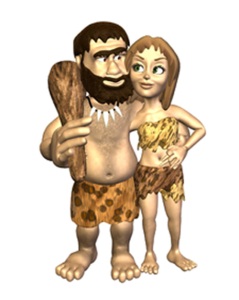 the wood.  Our low-brow ancestors came together in groups because all of us are smarter, stronger and better fed than one of us.  Society prospered because there’s safety in numbers.  More hunters, more mastodon — for everybody.  Besides, in those days, there was no such thing as a free lunch.  You had the right to live high on the mastodon if you went out and killed it — and dragged it home — for everybody.  The responsibility of feeding the group was there long before the right to eat.  As society progressed, these responsibilities were set down as commonly accepted tradition — as in: “We are the children of Grog, and we do things this way.  If you don’t like it, find another cave.”  It was a good arrangement.  Groups that maintained their common purpose not only survived but thrived.

Fast forward a bunch of evolutionary millennia.  Even though societies were centuries out of the cave their primo responsibility was still to the integrity of the group.  Only a strong group could guarantee an individuals’ right to eat, work and dream of better things.  Citizens who contributed to their society were protected by the group, and the more they contributed, the stronger the group became.  Plus the group protected the individual rights of everybody.  Traditions became laws which guys like Hammurabi wrote down, so everybody was clear that individuals had the responsibility to play nice with the neighbours, not the right to do as they pleased or disrupt the health, welfare or tranquillity of the group.  It’s what membership in the group meant.

Essentially, strong societies evolved because individuals dedicated themselves to the common purpose of preserving, protecting and enhancing everybody’s individual lives.  They understood the needs of the many outweigh Amtoph the drunkard’s right to play the lyre, at concert pitch, in the middle of the night.  They protected common folk from gangs of thieves running around the country, stealing chickens.  And they made sure those who couldn’t defend themselves were given a modicum of security to sleep easy in their beds.  The streets were kept reasonably safe from the most despicable among us, and for the next several centuries, strong societies flourished.  They went beyond hand to mouth subsistence to pursue the arts, science, medicine and technology — with tons of benefits — for all.

Fast forward again, to the middle of the 20th century.  Our society became so successful that the lessons of history from Grog the caveman to Jefferson and Madison became twisted.   Many amateur philosophers came to the unusual conclusion that individual rights supersede the needs of the rest of us.  They decided that, rather than keeping our collective society protected from those individuals who, for one reason or another, aren’t interested in the common good, we needed to use our considerable resources to protect the individual from our collective society.  Society itself became the bogeyman.  It’s a preposterous idea.  Unfortunately, it’s now taken hold so thoroughly that, while commentators still vaguely mention that citizens have responsibilities, no one seems to have a clue what they are.  Prevailing wisdom feels that, if we increase our responsibility, we naturally lose some of our rights, and vice versa: that increasing our rights diminishes our responsibility.  This is the way the discussion goes these days; whereas society’s natural path, which has worked ever since Grog got feeling hospitable one cold night, is individual rights can only increase when individuals take responsibility for the common good.

Meanwhile we, as citizens, keep missing the point and demanding our rights, and they’re dissolving all around us like sugar in the rain.

4 thoughts on “Individual Rights and Responsibilities”