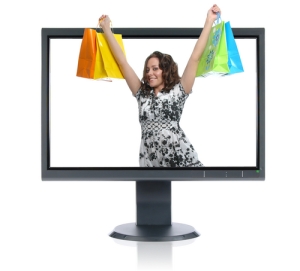 I’m probably the only person west of Manhattan who likes television commercials.  That’s not strictly true: a long time ago, I met a whole pile of people in LA who built them.  I don’t know whether they liked them or not, but they certainly had a lot of fun making them.  I was actually in a commercial, once, way back when.  It was a horrible, boring ordeal.  I was Boy #4, who, with all the other young people, raised a beer bottle in the air and smiled.  I never saw the finished product.  (We didn’t have a television machine at the time.)  Actually, the only thing I remember clearly is getting totally pissed off with Boy # Whatever, who, after a hundred takes, still couldn’t grasp the simple concept: label out!  I’m not sure, but I think he went on to become a megastar as a TV detective.  Boy #4 worked hard that day.  His arm and smile muscles were sore from raising that bottle a million times, but it beat picking tomatoes out in the sun and turned him off beer for a while.  Anyway, despite the experience I like television commercials.  I think they are the most misunderstood art form of our time.

The root of the huge prejudice against TV commercials comes from the archaic notion that they are insidious, subliminal messages, forced on an unsuspecting public who then have no choice but to clamour off their sofas and conspicuously consume things.  This was a cute idea back in the Wonder Years, when Corporate America was the only bogeyman, and the root of all evil – real and imagined – was capitalism.  Unfortunately, many people still cling to this argument, even though we now have empirical (waistline) evidence that proves North Americans are not getting off that sofa, come hell or high water – no matter how many times they’re told to Swiffer.   In actual fact, ever since Uncle Miltie brought his

transvestite act to Main Street America, via NBC, TV commercials have been an integral part of our electronic world.  They’re just as big a piece of our cultural heritage as the programs they sponsor.  However, prejudices are hard to break down, but if you keep an open mind, I’ll try to show you how it works.

Viewed with proper perspective, TV commercials are ingenious little stories that provide tons of information.   The writer, director and cast set the scene, introduce the characters, establish the conflict and offer the resolution — all in less than sixty seconds.  I know people who can’t tell a Knock-Knock joke in that time frame.  Plus, commercials cover the horizon from high drama to slapstick comedy, all within a prescribed storyline dictated by the product.  They have to appeal to the widest possible audience, and they must, regardless of whatever else they do, be memorable.  The mark of a good commercial is not whether it makes us laugh, cry, happy or annoyed; it’s whether we remember the name of the product or not.  In fact, many very good commercials fail because, despite their exemplary qualities of art on film, nobody remembers what they were made for.  The people who make TV ads work in a very tight box that most film makers would throw tantrums over.  Yet they produce films that remain in our consciousness long after the sitcom laugh tracks have faded into obscurity.  “They’re grrrrreat!” from Tony the Tiger™ has outlasted anything that George Reeves/Clark Kent/Superman ever had to say.

In essence, television commercials are little itty-bitty movies.  The only

difference between them and the films of people like Ron Howard, Michael Moore or Oliver Stone are a couple more hours of digital tape.  Good movies and good commercials work exactly the same way.  They set up their own universe and remain true to it.  They work from a selected premise — be it romance, international espionage or toothpaste.   Then they create the story, always working towards a conclusion.  For example, lately, there have been a rash of commercials for air fresheners, as Proctor and Gamble duke it out with SC Johnson for family room supremacy.  The premise is we stink.  To hear the tale, our homes are as smelly as dead buffalo, rotting in the sun and there’s nothing we can do about it because these are common household odors.  That`s the conflict.  The conclusion, resolution or solution comes when somebody (usually mom) starts spraying chemicals around like Saddam Hussein going after Kurdish tribesmen.  Cinematic triumph: not unlike The King’s Speech.   Premise, conflict, conclusion: the basis of a big win come Oscar night in Hollywood.

Television commercials have never gotten much respect, and now with new

media like pay-as-you-go TV, Netflix and PVRs, they may be lost to us entirely.  However, we need to remember that ever since the first guy paused “for a word from our sponsors,” they have been part of our consciousness.  So, before they disappear into history, next time House has a big decision and Ford™ or Febreze™ interrupts for dramatic effect, don’t run off to the bathroom.  Hang around and watch.  It might not be Lawrence of Arabia, but I guarantee you it’ll be better than Tron: Legacy.