As the Age of Ego reaches ever more dizzying heights, you would think there were enough Social Media sites out there to last us through the next millennium – but apparently not.  Besides Facebook, Google +, Tumblr, etc. etc. etc., there’s a new kid on the block.  It’s called Pinterest and he’s a tough guy.  How tough?  Here are some numbers (and you can read the whole story here.)  Nearly 70% of Pinterest users are female, over ⅓ have an income of $100,000.00 or more and the largest demographic is between 25 and 34.  Not only that, but Pinterest received 17.8 million unique hits in the month (month!) of February alone.  These are stats you can conjure with.  In fact, if you’re a 21st century Mad Man, you’ve probably fainted by now.

As of this moment, Pinterest is sweeping the virtual neighbourhood on the back of a very simple idea – a picture’s worth a thousand words.  Forgot all the “bringing people together” blah, blah, blah; the premise of Pinterest is, like that of all social media, there are a pile of people out there who think they’re absolutely fascinating, and they want everybody to know it.   What makes Pinterest different — and this is the telling bit — is nobody has to work at it.   The entire site is made up of pictures that people have posted.  It doesn’t matter whose picture it is nor of what, nor even where they got it.  It just has to be an image.  Other people get to comment (which usually amounts to “Cool”, “Awesome”, “Amazing” or “Great Picture”) and/or re-post it.  That’s it!

Actually, if you’re old enough, it’s quite easy to explain Pinterest’s wild success.  Way back in the dinosaur days, when corporate offices were run by suits and secretaries,  paper copies of grainy grey humorous pictures, sayings, cartoons and mild porno were circulated around the business world through the extracurricular use of copiers and fax machines.  This workplace folk art was everywhere.  It was passed hand to hand, snail-mailed, tacked on bulletin boards or office doors and taped to reception desks.  However, once email became the ubiquitous tool of industry, it physically disappeared.  Not quite!  Actually it was secretly living on in corporate email accounts and hard drives around the world.  Pinterest has just let it go public again. 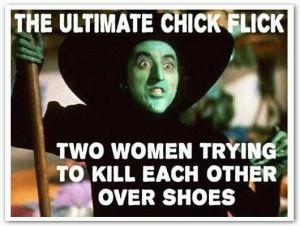 I’m not bad-mouthing Pinterest; it’s totally cool.  For one thing, unlike YouTube, it’s simple; anybody can do it.  There’s no uber-personal interaction as with Facebook and Google+, nor any elaborate planning as with LinkedIn.  Basically, it’s spontaneous: you think an image is brilliant, post it, and carry on.  And unlike Twitter, which is an avalanche of banality, once you get through the crap, Pinterest is quite interesting — especially the humour section.

The Age of Ego will run its course, just like the Space Age, the Jazz Age and the Nuclear Age, but I have the feeling social media is culturally infinite.  It’s been going on ever since Cro-Magnon man got bored one night in a cave near Lascaux, France.

2 thoughts on “Pinterest: A New Kid on the Block”