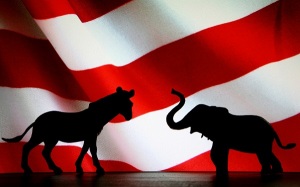 It`s an open secret that neither the Democrats nor the Republicans can win the 2012 American presidential election.  Both parties are such damaged goods that nobody beyond the diehards wants anything to do with either of them.  Unfortunately, they both can’t lose.  And remember what happened last time there was a tie?  They had to give Al Gore a Nobel Peace Prize and an Oscar just to get that world class whiner to shut up about it.  Meanwhile, the pundits are all stating the obvious and pronouncing that a small percentage of undecided voters in critical swing states and a Cleveland cab driver named Rajinder Gomez will wake up November 6th and hand somebody the keys to unlimited world power.  Not since the days of “Jerry” Ford — who became king of the world on the say-so of Michigan’s 5th district and Richard Nixon — have the needs of so many been pushed around by the whims of so few.   Alas!  If it ‘twere only that simple!  It isn’t.  Thus, with victory no longer an option, how can either party not lose an unwinnable election?  I thought you’d never ask. 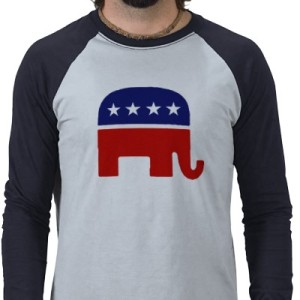 I’ll start with the Republicans for no other reason than back in a more civilized time, I was one.  Call it old man nostalgia, but like David Frum, I live in hope of change.  For the GOP, the road to not getting kicked to the curb in November is basically a tricycle of awareness.

First of all, they have to figure out a way to get rid of George W. Bush.  The party handlers are doing a reasonably good job of channeling Ronny Reagan over top the Bushes (pere and fils) but Dubya’s still hanging around Romney’s neck like a Flavor Flav clock.  As an elder statesman, the guy’s an albatross, and, not to mix too many metaphors, he needs to be put out to stud or something.

Next, they have to start talking serious numbers — not that gabillion trillion crap that Ryan trots out every time he’s cornered, but real, everyday down-at-the-Piggly-Wiggly dollars and cents.  Everybody knows that even Congress doesn’t understand money after it gets to a billion.  Those numbers are just too big.  What local people want to hear is what’s in it for them.  The Republicans need to tell people just exactly how much extra folding money tax cuts will put on individual pay cheques.  And for those individuals who aren’t getting pay cheques these days, the GOP needs to specifically explain how there are going to be a lot more of those available in a Republican future.

Finally, the GOP needs to stay away from the cultural wars.  Let’s be honest: Republicans aren’t cool.  Every time they try to be, it just looks lame.  If this were high school, they’d be running the Science Fair and explaining the Latvian Gambit to the Chess Club.  The third wheel on the tricycle is — Don’t Go There – if you do, Jon Stewart, SNL and the girls on The View are going to beat your brains out.  The Republicans need to acknowledge they’re nerds — full stop — and hope that, in the end, everybody remembers to Vote for Pedro. 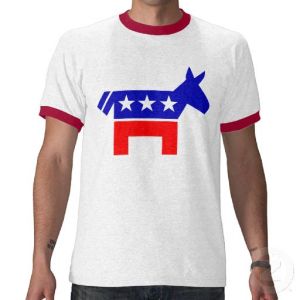 For the Democrats, keeping the Obamas at 1600 is a Yellow Brick Road of simplicity.  The powers that be need to gather everybody — from Barack on down — and say, “Shut up!  This isn’t rocket surgery or brain science, so don’t get confused.  We have one message — period.  Don’t deviate!  ‘All Republicans are crazy old white men who talk to chairs.’”  If the Dems do this and stay away from the economy, Obama’s drone wars, the leakiest White House since Richard Nixon and foreign policy, they can’t lose.  They need to round up the usual suspects — racism, sexism and homophobia — and play Pin The Tail On The Republican with them.  (Just as an aside, whereas racism and sexism are merely totally screwed-up attitudes homophobia is an actual illness.  Well played, Gay Rights!  Well played!)  This strategy has worked for the Democrats ever since Lyndon Johnson ambushed Barry Goldwater’s presidential ambitions in 1964 with a nuclear attack on that little girl’s daisy*.  Plus, it wouldn’t hurt to throw a few hater remarks around.  For example, Michael Moore (I don’t even have a simile for this guy) has already called the 2010 Republican Congressional victories a “tsunami of hate.”  Yes, I know.  It’s a pretty broad brush (even for Mikey) but labels stick, especially if they’re repeated often enough.  (Who said that?)  The Democrats need to hammer away at just how despicable the Republicans really are…all of them…in their souls…if they even have any.  If they do that, it’s guaranteed: four more years.

As I’ve said before, this is the weirdest election ever but somebody’s got to wi..wi..wi…not lose.