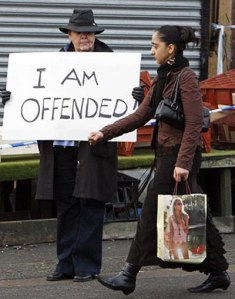 I doubt that congratulations are in order, but as of this week, our world finally hit critical mass on the “I am offended” scale.  In less than a day and a half we went from a society that was merely easily offended — by pretty much anything — to one that is now eagerly offended by it.  Therefore, as of close of business, January 30th, 2013, we are currently self sustaining in the injured feelings department and will remain constantly offended by one thing or another for the rest of all time.  My, but we do live in a curious age!

The Malcolm Gladwell Tipping Point, that threw us into this abyss of indignation, came during this week’s hype-up to the Super Bowl.  No, it wasn’t Ray Lewis mouthing off about the devil.  Quite frankly nobody’s on his side (the devil’s that is, not Lewis’.)  Nor was it Taco Bell getting its ass kicked by a bunch of militant vegetarians.  They were the ones who were so offended by Taco Bell’s “attack ad” on healthy eating that they made the faux Mexican fast food chain withdraw its Super Bowl mega-mercial in abject shame.  (Frankly, I never realized vegetarians were an identifiable activist group.  I thought they were just people who didn’t eat meat.)   No, the straw that proverbially pushed us from “easily” to “eagerly” was an innocuous player interview from the three-ring media circus.

The radio interview of Frisco 49er cornerback Chris Culliver (BTW, I’m a Raven’s fan so I have no self interest in defending Mr. Culliver.) was probably cliché-ing along quite nicely when interviewer Artie Lange asked if there were any gay players on the 49ers.  Culliver’s murky, meandering answer amounted to assurances that he was a heterosexual, his team mates were heterosexuals and nobody in the 49ers’ locker room was interested in exploring any alternative sexual orientation for at least a decade.  The loud and proud crowd jumped on the guy faster that you can say leisure-class activist.  They hauled out their own battalion of clichés – homophobia, intolerance, discrimination etc. and made their usual demands – a personal apology, a corporate retraction and some force fed re-education for the offending member.  The 49ers’ organization reacted immediately, tremblingly obeyed, and all was right with the world again.

Unfortunately, as per usual, people were offended by the wrong thing.  It’s 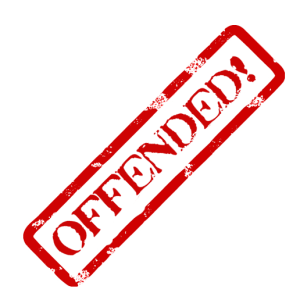 beyond my comprehension why nobody was pissed off by the question itself.  Rhetorically speaking, why did Lange even ask it in the first place?  What the hell does homosexuality have to do with football?  I doubt very much if Raven’s Coach Harbaugh (John) called his players together and said, “Listen up!  My brother, over in San Fran, has got himself a couple of homosexuals on defence, so we’re going to overload the strong side on 3rd and long situations.”  Sexual orientation just isn’t part of a winning football strategy.  It would have made just about as much sense for Lange to ask how many Norwegians were on the team; more, actually, since Norway is not what you’d call an American football powerhouse (no offence, Norway.)  Yet, Artie got off scot free (no offence, Scotland, or Dred Scott or whoever — My God, there’s no end to it!)

My point is somebody is always going to be offended by something.  This is as natural as homosexuality itself.  However, bringing up contentious issues at every possible inappropriate opportunity is actively seeking to be offended.  There’s no second choice on this.  Lange didn’t ask the question because he genuinely thought the world needed to know the straight-to-gay ratio on the 49ers.  He aske 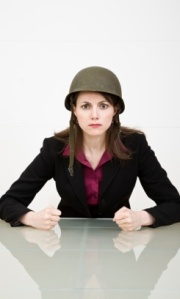 d it to see if he would get a stir-the-pot response.  He did.  The usual suspects were shocked and appalled, and our society gasped in some kind of sicko socio-emotional masochistic satisfaction (no offence, masochists.)

It comes down to this: go ahead and be offended if that’s what makes you happy.  However, don’t go striding around as if you’ve just been confronted by the antiChrist.  As of a couple of days ago, it’s pretty obvious that getting offended in our society is something we’re doing on purpose, and it’s now just as institutionalized as the Super Bowl!