You know you’re in trouble when you long for the days of bumper sticker politics.  Way back when, it was pretty easy to “End Apartheid Now!” or “Free Tibet!”  You simply honked and moved on.  After all, you never saw “Enslave Tibet Forever” slapped on the ass of anybody’s automobile.  Besides, nobody believed that Bill Clinton’s limo would ever pull up behind you and he’d turn to Hillary and say, “Hey!  That Tibet deal sounds like a good idea.  Let’s call the Pentagon!”  Bumper stickering was a lot more symbolic than that.  Regardless, those simple days are gone.  Occasionally, you still see an itty-bitty billboard under the turn signal of an old pickup truck or clichéd VW van, but, in general, the streets have been cleared of this kind of pie-in-the-sky nonsense.  Unfortunately, now we have to deal with the replacement therapy.

These days, people have forsaken their vehicles as the medium of choice and are busy spreading the word electronically.  Not only that, but they’ve abandoned Tibet, Blood for Oil and Nelson Mandela to pursue the true path of enlightenment and, more importantly, pass it on to you.  You can’t go six cyber centimetres in this world without running into some idiot affirmation on how to be a better person or live a better life.  These digital drive-bys are very much like the real thing: they might not be intended for you, but if you’re in the general vicinity, you’re going to get caught in the crossfire.  The problem is they have nothing to do with you.  In fact, you’re irrelevant. 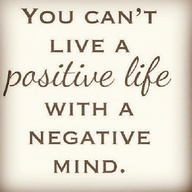 think you don’t realize that “life is like a box of chocolates…”  Nor are they “sharing” because they’re worried you may have forgotten that “your smile should change the world, not the other way around.”  Actually, that’s the least of their concerns.  Unlike Jehovah’s Witnesses, who are honestly trying to save your soul (annoying as that may seem) these Internet evangelists don’t give a damn about you. They’re posting this stuff promiscuously to proclaim their own high level of enlightenment.  They want you — and everybody else with Wifi — to know that they’ve achieved Maximum Awareness.  And as caring, sharing children of the 21st century, their expanded consciousness just natural overflows into all areas of their lives.

I know there are some people who believe this crap and even those who don’t, have the right to say as they please.  The thing is, though, unlike bumper stickers, whose message was confined to the asphalt and gone at the next left turn, these sermonettes are, first of all, front and centre and secondly permanent fixtures.  It’s like being trapped in an Elsinore elevator with Polonius.  “Life is art: paint your dreams.” “Promote what you love; don’t bash what you hate.”  “Don’t judge…”  “Avoid wrong…” “Eat the penguin…” “Ride the donkey…”  It’s endless and they’re all so staggeringly simple minded, it’s scary. 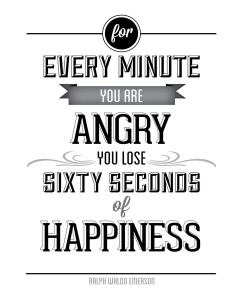 In an age when Playboy Bunny Dumb is considered a career choice, we are in danger of stupiding ourselves to death.  Throwing meaningless homilies into the mix is just accelerating the process.  If we’re not careful, one of these days, “A smile is the prettiest thing you’ll ever wear” is going to sound profound.   When that happens, it’s “abandon all hope, ye who enter here” because we’ll be in Beauty Queen Hell!