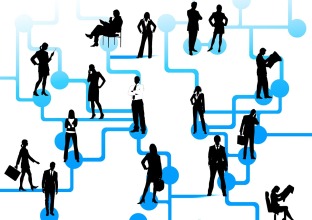 Wow!  Through the magic of the Internet, you don’t know it, but I’m not here.  I’m actually far away from any WiFi, in Italy, writing novels (novel — singular.)  However, I’ve reworked a few old pieces to entertain you while I’m gone — mostly so you don’t get bored and forget about me.  This is some of “The Best Of WD: 2011,”  but keep in mind I used to be a lot bitchier back then.  Anyway, enjoy — and when I get back I’ll tell you all about it.  Ciao, for now!

One of the most enduring myths of our time is “Everybody is entitled to their own opinion.”  People tend to believe this ’cause it’s been repeated so many times and, like most egalitarian nonsense, it kinda sounds good.  Unfortunately, it’s a myth.  In fact, it’s an out-and-out lie.  The problem is that tons of people think it’s actually true.  They believe that every two-bit opinion deserves centre stage.  They’re the folks who are constantly traveling on the Stupid Train and then telling the rest of us all about the journey.  This kind of thinking has caused no end of problems in our society.  So, for everybody’s benefit, let’s just take a moment to shoot this myth in the head and bury it in the backyard.

The whole thing started when a bunch of academics who weren’t all that bright, got confused.  They made the mistake of thinking “created” equal actually meant “equal.”  This is another myth for another time, so here’s the Twitter version.  Alex Ovechkin is a better ice hockey player than I am; therefore, we are not equals.  Nobel Prize winner Seamus Heaney is a better writer than I am; therefore, we are not equals.  (This goes on and on, but you get the idea.)  We have equal rights, equal opportunity, we’re equal before the law etc. etc. etc. — but we are not actually equal.  Opinions work the same way.

For example, it is my opinion that penguins are green.  Everybody knows that the only people who can legitimately make this claim are allegorical artists and people who have just eaten most of their crayons.  However, this is my opinion.  I offer no evidence to support my claim.  I’m not a zoologist.  I don’t live in Antarctica.  I’ve only seen black and white penguins a couple of times.  Regardless, it’s my opinion that penguins are green.  Why — under any circumstances known to me, man or penguin — am I entitled to this opinion?  Just because?  What rational, reasonable (Hell — unreasonable) argument can anybody put forth to support this as a valid opinion?

The problem is nobody distinguishes between opinion and informed opinion anymore.  The greatest minds of our time are being lumped in with rock stars and actors.  I’m not saying celebrities are stupid, but honestly, the ability to cry on cue isn’t the kind of talent we need driving our decision-making process.  There’s a huge misconception that if Hollywood’s flavour of the week comes up with some homemade theory of economic development, it’s just as good as the experts’ at the University of Chicago.  It’s not.  It’s like asking the kid who makes your cappuccino every morning how to run a successful coffee plantation.  He’s probably a nice guy, but nobody but an idiot would take his advice on anything beyond low fat or decaf.  Yet, as a society, we continue to treat Bon Jovi, Sir Bob Geldof, Russell Brand, ad infinitum as if they know what they’re doing.  Welcome to Cloud Cuckoo Land.

Of course, all this is just my opinion.