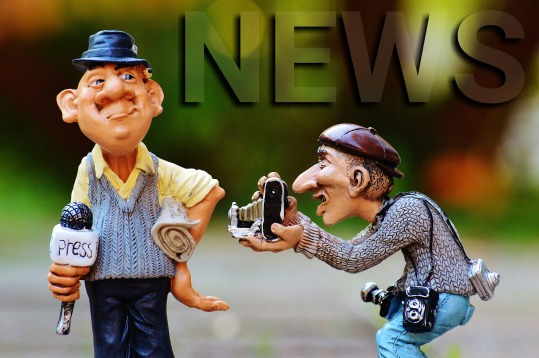 English is an exact and beautiful language, rich with words that do so much more than just modify, identify or describe.  Unfortunately, it’s also full of tired old words that lazy people use because — well — uh — they’re probably journalists.  Honestly, journalists love lazy the way French pigs love truffles.  They’ll go out of their way to dig up the most hackneyed crap and spill it out onto the page.  Here are a few of these overworked gems.  When you find one of these little puppies — and you will — just walk away.  If journalism is a dying profession, these are the nails in the coffin

Bureaucracy — Coined in the early 19th century, by a Frenchman who didn’t like government (he also gave us laissez-faire) in the 21st century, bureaucracy means bad — full stop.  It’s like wearing a black hat in a 1950s Western.  The problem is journalists use “bureaucracy” the way rednecks use duct tape.  It’s an all purpose fix-it for whatever ails ya.  According to the media, government bureaucracy is the cause of all our problems– from the extra-long lines at the Department of Motor Vehicles to the fat kid sitting on your sofa, playing video games.

Cyber-Anything — This is a double barreled word that journalists use to sound techno-savvy.  In actual fact, most journalists limit their digital experience to Google, Facebook and whatever’s trending on Twitter that day.  However, they believe that if they slap a suffix on “cyber,” it sounds as if they’re on the cutting edge of cool.  No!  Mostly, they just sound like cyber-dicks.

Anything-Gate — Another double-barreled word, this one is used to make mountains out of molehills.  Watergate was (and still is) the Holy Grail of media excellence, and journalists have been trying to reproduce it ever since.  Typing “gate” at the end of something gives journalists the idea that people will think they’re serious about their profession.  Here’s a news flash: not every mistake, misstep or misappropriation is the smoking gun that’s going to lead to a conspiracy worthy of Richard Nixon’s White House.  And, more importantly, most people realize if you were a serious journalist, you’d know the difference.

And speaking of evil:

Hitler — This word isn’t really about the guy with the funny moustache anymore.  It has become a measurement for politicians who disagree with The New York Times.  For example, Donald Trump was compared to Hitler before he ever got nominated, whereas George W. Bush had to actually get elected to make the grade.  Meanwhile, Barack Obama was well into his second term before he got hit with the H-word, but it didn’t matter because most of his fan club didn’t know who Hitler was, anyway.  In the future, all politicos will be rated by how long it takes New York journalists to make the comparison.

And finally, my favourite:

Politically Correct — These are the weirdest phrase in the English language.  First of all, to any thinking person, this is literally the worst term possible for a dumbass.  Politically correct people are so narrow minded they can look through a keyhole with both eyes.  However, because of that, no one ever admits to being politically correct.  Ask anybody:  politically correct is always somebody else’s fault.  Yet, even though the faith has no followers, there are tons of journalistic apologists out there, and they’re swearing on every holy book they don’t believe in  that they are not now — nor have they ever been — politically correct.  Personally, I think that’s why this particular brand of ignorance is still alive and thriving in our world.

2 thoughts on “Lazy Words For Journalists”