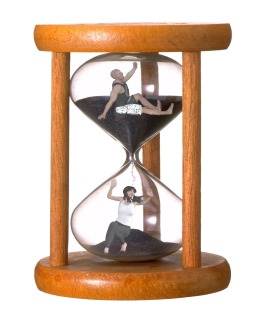 I had a birthday the other day.  (Years ago, I lied to Mark Zuckerberg, so nobody’s really sure when it was.)  Anyway, I kinda got to thinkin’ about getting older (notice, I didn’t say “old”) and discovered nobody really knows anything about it.  Basically, we travel along the road of life and all the signposts are either torn down or written in Babylonian.  So, at the end of the day, none of us really knows where we’re going, ’cause it’s all unfamiliar territory.  So, I decided to draw a quick-and-dirty map.

Shakespeare got it wrong: there are really only five stages of life.  They are Kid, Teenager, Young Adult, Adult, and Adult Plus.  So, in each of the categories, select the attitude that most closely resembles yours, and you’ll get a pretty good idea of where you are on this journey we call life.

Kid – I’m this many!
Teenager – Boy, when I get older …
Young Adult – Age is just a number.  I know a lot of totally old people who like to PARTY.
Adult – We never had/did stupid crap like that when I was young.
Adult Plus – How the hell did this happen?

K – I played some games, had my special lunch and a nap, watched TV, had a story and went night-night.
T – Nothing!  Just hanging out with my friends.  God! Why do you always have to give me the 3rd degree?  This place is like a prison.
YA – PARTY !!!!!!
A – I worked my ass off for this Christmas/ birthday/ vacation/ dinner party/  (fill in the blank) and now we’re going to damn well enjoy it!
A+ – I played some computer games, made a sandwich, took a nap, binge-watched The Killing and fell asleep reading my book.

K – Grandma, I like pizza, too.
T – Chicken and stuffed peppers, again?  How come we never get pizza?
YA – Let’s go get a pizza before the PARTY.
A – I’m way too tired to cook.  I’ll just pick up a pizza on the way home.
A+ – Let’s get a pizza and see what’s on Netflix.

K – Tommy and Shafir and Gemma and Mrs. Windouffer and Barnsy and Bunny and Megan and ….
T – Everybody hates me.
YA – My BFF is Stacey. We PARTY all the time, but I’m — like — totally friends with everybody — except Emma; she’s such a bitch.
A – If you don’t count family, we don’t have that many close friends.  Maybe Jake and Trina or Paul and Sasha from work. But have you ever noticed when you know a couple, there’s always one that you like way more than the other one?
A+ – Yeah, we have friends, but it’s so much nicer just to come home and relax.  Besides, once Edna takes her bra off, you need a team of horses to get her out of the house.

K – There’s Mommy and Daddy and Daddy’s new friend Ryan and my stupid sister and Barnsy the dog and me
T – This family sucks.
YA – I should call the parents more often, but mom’s always going on about grandchildren like I’m some kind of a brood mare.  I’ll call next Friday before the PARTY.
A – I spend so much time taking the kids to school and ballet and soccer and band practice.  And then there’s grandma’s grocery shopping and dad to his doctor’s appointments and every other “come-get-me” emergency.  I should just get my chauffeurs’ license and go into business for myself!
A+ – I love her dearly, but it was only supposed to be temporary after she broke up with Rashir.  If Audrey doesn’t get her head on straight pretty soon and move out of the basement, I’m probably going to kill her.