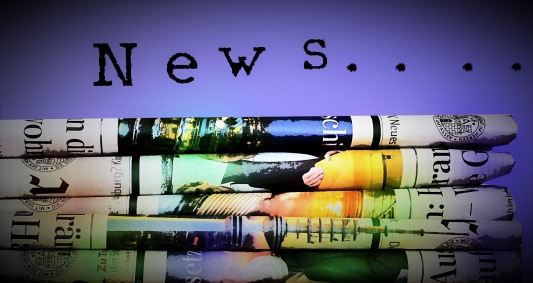 In these last couple of days before the summer sun bakes us all into human pudding and the news media runs off and hides on their annual two-month vacation, there is still news – and most of it is pretty cool.

1 — The women of Saudi Arabia can drive.  The last bastion of motor vehicle misogyny has fallen, and the women of King Salman’s private sandbox can legally drive cars!  Unfortunately, Saudi Arabia actually is a giant sandbox and, aside from dropping their burkas off at the drycleaners, there’s really no place for the girls to go.  (Sand Dune #68 isn’t that big an attraction.)  Still, I imagine going through the drive-thru at Wendy’s is a big deal to someone who’s spent most of her life hanging out in a harem.

2 — That Canadian guy Jordan Peterson is suing Sir Wilfred Laurier University.  Apparently he’s pissed off because a couple of their “open-minded” academics compared him to Adolf Hitler.  Peterson’s contention is that Hitler ordered the murder of six million Jews; whereas all he (Peterson) did was say the gender neutral pronoun “ze” was bullshit and that is not strictly a crime against humanity.  Meanwhile, the university maintains that politically-correct fascists always compare people who disagree with them to Hitler, and Peterson should quit being such an over-sensitive Alt-right snowflake.  (Man! I wish Judge Judy could get hold of this one!)

3 — The super-duper poster boy for gender equality, Canadian Prime Minister Justin Trudeau, just got hit with the hypocrite stick.  Apparently, before Mr. Trudeau got in touch with his feminine side (and a pile of female votes) he spent some time touching a female reporter who wasn’t too happy about his little game of grab-ass — and said so.  Trudeau’s actual response was, “I’m sorry.  If I had known you were reporting for a national paper, I never would have been so forward.”  Interesting distinction on who is available for groping.  However, don’t expect this awkward incident to storm through Twitter any time soon; we all know that social media is very careful about who they tar and feather. (I’m looking at you, Bill Clinton!)

But on the other hand:

4 — The cultural cleansing of America continues.  Laura Ingalls Wilder, the woman who wrote Little House on the Prairie, has been dumped by the US Association for Library Service to Children (ALSC.)  According to that illustrious body, Wilder’s books contain “anti-Native and anti-Black sentiments.”  Wow!  It must have come as a hell of a shock to those nitwits that something published in 1932 didn’t reflect the values of the 21st century!

My chief worry about this is that, at some point in the not-so-distant future, all the books published before 1980 are going to be gathered up and given the Fahrenheit 451 treatment – including, ironically, Fahrenheit 451.