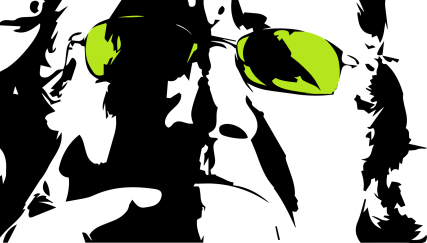 The last time I looked, I was 35.  So, for all intents and purposes, that’s where I remain.  My outward appearance tells a different story (grey hair, weathered eyes and various bits that sag) but inside my head, I’m the same age as James Bond.  This isn’t a problem, really (James never had it so good!) but trying to reconcile 2019 with where I’m livin’ (somewhere in the early 90s) is getting more and more difficult.  Let’s face it, folks!  The 21st century has taken a serious turn down Silly Street and, these days, it’s all I can do to keep a straight face.  Let me demonstrate:

All the cops look like kids.  I don’t remember when we started giving children guns and badges, but it’s quite disconcerting to be stopped on the highway by somebody who looks like they just stepped out of Paw Patrol.

New Year’s Eve isn’t all that fascinating anymore.  Once an annual debauch worthy of the Marquis de Sade and Henry VIII, New Year’s Eve has become Amateur Hour – one brief moment when button-down people unbutton, drink an adult beverage and try and sneak in a kiss at midnight.  (Good luck with that one, BTW.)  This is a party?  I’m laughin’!

Most of the music sounds like noise.  I have questions!  What is classic hip-hop?  How is that different from regular hip-hop?  Why hasn’t anyone noticed that Taylor Swift only sings one song?  Are we absolutely certain Cardi B and Nicki Minaj aren’t the same person?  And how the hell did Ed Sheeran become a love song heartthrob?

Everything is expensive.  Hey, dentists!  You’re filling a tooth, not renovating the Great Wall of China.

Self-help doesn’t mean what it used to.  First I had to pump my own gas, then I had to bring my own bags, now I have to checkout my own groceries.  This thing isn’t going to end until hospitals are offering self-inflicted, video-assisted gallbladder operations – on YouTube!

Fashion is less than fashionable.  Karl Lagerfeld is dead, and when I look at some of the crap strutting down the Paris runways, I’m not feeling all that well myself.

What happened to junk food?  I’ve said it before and I’ll say it again, “Going to McDonald’s for a salad is like going to a hooker for a hug.”

Hollywood doesn’t know what to do with women.  Not all that new, but this recent trick of taking old movies, changing the main characters from male to female and calling it feminism is so totally condescending even Harvey Weinstein is saying, “WTF?”

4 thoughts on “Still Funny After All These Years”