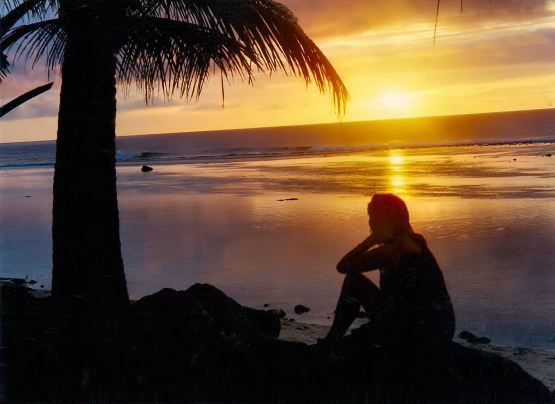 Most folks are like me — terminally ordinary.  There isn’t much more than what the world sees, and the back story is usually just about the same.  However, give any group of these “average” people a crisis, and the interesting ones will emerge from the herd like characters in an Agatha Christie novel.  Some years ago, I was privileged to observe a planeload of tourists when disaster (inconvenience?) struck.  These people are real.  I’ve left out the boring bits and glossed over the sordid parts (this is, after all, a family-friendly blog) but for the most part, this is how I remember them.

It was a trip to the South Seas.  The cunning plan was to find a shady spot, eat like Dumas, drink like Hemingway, unleash my inner Robert Louis Stevenson and write an adventure story.  Meanwhile, my beautiful and humourous companion would soak up some sun, snorkel and take award-winning photographs of everything exotic.  Good plan, great execution — and three days in, we were entirely on schedule.  I was sitting in the sun-warm morning, having my after- breakfast rum and umbrella concoction when …

“What do you think we should do?”
It was a voice from a face I kinda recognized from the airplane.
“About what?”  I asked, pulling the umbrella out of the glass.
“Canada 3000 has gone broke.  We’re stuck here.  We can’t get home.”
“Bummer.”
There was silence, so I took a drink.  More silence.  I’d missed something important.
“Well, we have to do something,” she said and walked off, hard stomps in the sand.

Over the next ten days, because we were trapped and I was a permanent fixture at a cabana close to the bar, I got to observe everybody up close and personal.  I discovered my little slice of paradise was an unsinkable lifeboat with a list of personalities worthy of Hitchcock.

There was the oilman father, full of golf and Steinlager beer, his wife, mother of none and their two children, 20-something adolescents who had travelled the world on their parents’ dime.  We hung with the kids cuz they were fun.  She was beautiful, and as far as I remember, that was her career.  He was a delivery driver who lived in her spare bedroom.  One night, they danced in the moonlight surf as if they were silhouettes in a Thai shadow play.  It was weird!

There was a man and his wife who made the airline representative cry at The Stranded Tourist Meeting and were subsequently shunned by the tribe.  One night, they confessed to us that they were married — but not to each other — and were supposed to be in Dallas at a teachers’ conference.  No wonder they were stressed about getting home on time!

There were the three amigas, office worker women who had saved up all year for a two-week bikini experience – and they had a lot of bikinis.  They were broke enough to borrow money but not at all worried about it. (“We travel like this all the time.  People are always really nice to us.”)  They hitched a flight to Auckland with a German tour group and, I suppose, got home from there.

And there were the newlyweds, who discovered they shouldn’t have when the groom, in a fury of they’re-not-going-to-get-away-with-this spent his days fighting with the airline, the hotel, Visa, the Canadian government, New Zealand and a local guy named Henry – and his nights recounting the battles to anyone who would listen.  Meanwhile, Mrs. Groom wandered the resort in pretty clothes and a bottomless Singapore Sling.  After a week, she disappeared, and the rumour was she’d dumped the prince and caught a flight to Tahiti.

A week later, we followed her and from there, flew to Los Angeles — then home.  I never did write the adventure story, but for 10 years I’ve been toying with a murder mystery — except I just can’t get the characters right. 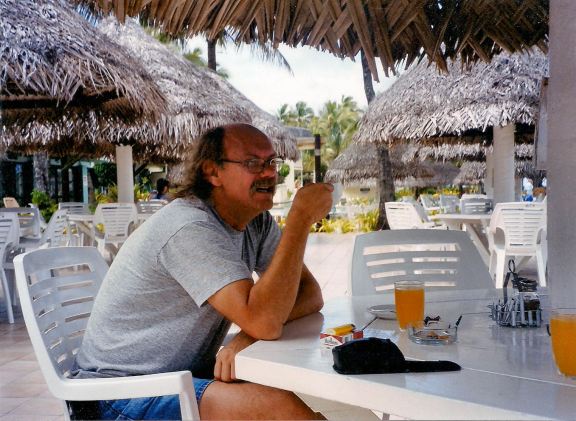 4 thoughts on “Stranded In Paradise”