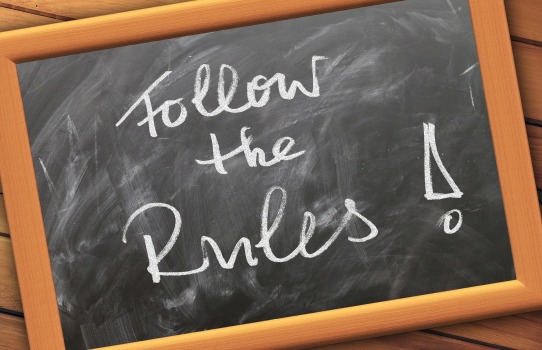 Ever since our hairiest ancestors came down out of the trees and grouped themselves together against the dangers of an unforgiving world, we have made laws to govern ourselves.  In the beginning, they were simple tribal dictates that set out reasonable behaviour within the group.  Things like no stealing another guy’s vegetables, no peeing upstream from the village, everybody gets a slice of the mastodon, and no loud music after 11:00.  In those days, there was only one punishment for breaking the rules.  You were banished from the protection of the tribe and your life expectancy went from short and brutal to zero.  Early humans understood that society was fragile, and if some wiseass wanted to be a jerk, he endangered the entire group.  It was simple, rough and ready, but it worked.  Humans, as a species, not only survived but thrived as a communal beast.

As our society progressed and got more complicated, so did our laws.  We still had to protect ourselves against the unreasonable acts of certain individuals, but we measured the punishment in accordance with the severity of the crime.  We remember this period today in the often quoted homily “an eye for an eye and a tooth for a tooth.”  These were still simple laws, but they worked well because everybody in the group understood the rules, and they were enforced by the entire community.  For example, if Benjamin got caught eating Abraham’s carrots, he was expected to replace them – with a little extra for Abraham’s trouble – and all was forgiven.  Once again, these rules allowed us to progress as a society because we didn’t have to spend all our time guarding ourselves and our property against theft and vandalism, and we could concentrate on other things, like food and shelter.

As our society progressed even further, more and more people came under the protection of the law.  Our rural villages developed into urban towns and started to interact with other large groups who had also adapted laws to protect their societies.  This caused a serious problem, though, because our social groups were getting so large that not everybody knew all the rules nor understood them.  Plus, although the rules between different groups were very similar, sometimes individual laws were surprisingly different.  For instance, if the people in Town A understood that donkeys must be tethered, when those same people went to Town B, where donkeys were allowed to roam free, their first thought would have been, “Wow! Free donkeys!” and they would have helped themselves.  You can see how there’d be some misunderstandings; wars have been fought over lesser things.

Luckily, it was about that time that a guy named Hammurabi came along.  Hammurabi was a Babylonian king who took all the rules he could think of and wrote them down.  (Actually, he had them chiselled into stone, but the result was the same.)  It was called the Hammurabi Code; a big, heavy copy of it is sitting in the Louvre in Paris, if you want to take a look.  Hammurabi also set down all the punishments that fit the crimes, so everybody in his kingdom knew exactly where they stood – vis a vis the law.

This was great, and even though laws changed dramatically over the centuries, Hammurabi’s system worked for the next three plus millennia.

Fast forward to the late 1960s, and suddenly everything went to hell.  Somehow (for no reason I can fathom) our society decided that nearly 4,000 years of success didn’t matter, and we’d actually gotten the entire system backwards.  Back in those days, the thinking was: we’d been making laws to protect society from those individuals who wish to do it harm (murderers, thieves and such) but what we need are laws to protect those individuals (murderers, thieves and such) from the wrath of the society they’d harmed!  The idea caught on even though it’s based on a weird dichotomy.  The fact is, the only way to protect individual rights within a society is to have a strong society to begin with, and protecting individuals who wish to harm it weakens our collective trust.  In other words, if Benjamin gets caught eating Abraham’s carrots and nothing’s done about it, the rest of us begin to think we should get some free carrots, as well.  Do that enough times and it’s called anarchy.

It’s an interesting experiment: I’m curious to see how long it takes us to get out of it.