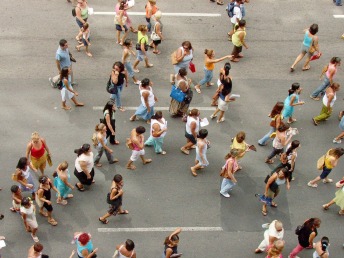 I’m an optimist.  However, I must admit ever since the Millennials began drifting out of the universities and into the general population, I’m losing my girlish laughter.  Seriously! These people are difficult to deal with.  It’s like playing chess with a pigeon — they don’t actually understand the game, but they strut around the board as if they invented it.  Lighten up, folks!  Here’s some advice.  It might not make your lives any better, but it’ll certainly help all the people around you get on with theirs.

1 — Nobody in the real world gives a damn about your feelings.  Being over-sensitive about everything doesn’t mean you’re a unique, complicated or interesting person; it means you’re an emotional train wreck who doesn’t have any coping skills.

2 — I think it’s wonderful that you want a totally cool job that utilizes your intelligence, ability and years of education.  Unfortunately, your diploma in Gender Studies or any of the other 1001 bullshit degrees out there didn’t provide you with any marketable skills.  To get a job (cool or otherwise) you need MARKETABLE SKILLS, so either get some or learn how to make coffee.

3 — If you live in the Western World, you’re already part of the 1%.  Nobody but you — and your Instagram buddies — thinks you’re ill used, abused or downtrodden.  And, like it or not, you’re not oppressed, so give it a rest.  You have the bounty of this very, very wealthy society at your disposal.  Bitching about that is kinda counterproductive.

5 — People who disagree with you are not assholes, morons, idiots, or Satan’s evil twin. They’re ordinary people who are just as smart, aware and informed as you think you are.

6 — The real world does not come with a safe space.  That’s a pretend game the universities made up so your parents wouldn’t sue them.

7  — Even though he’s not on Twitter, read Copernicus: he has documented proof you’re not the centre of the universe.