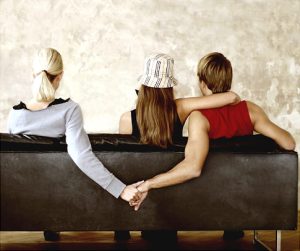 Since everybody from Maryland to Malibu has cranked up the volume on the Petraeus affair (affairs?) to Titillate, I’d like to stop the music for a second: “Hey, folks!  It’s not actually about sex!”  It’s hard to be the one dissenting voice in a chorus of post modern puritans obsessed with boobs, but hear me out.  People have extramarital affairs.  It happens.  I would venture to guess, that even as you’re reading this, there is more than one person out there either contemplating or actually committing adultery.  It doesn’t (with a shout out to George Carlin) warp your spine, grow hair on the back of your hands or lose the war in Afghanistan — although I imagine there’ll be some pretty serious grins going on around the Taliban campfires this winter.  Realistically, “until death do us part,” is considered a kind of general guideline these days.  Marriage is just another relationship with a beginning, a middle and a (sometimes sordid) end.  Such is life in the 21st century.

My point is even though General Petraeus is as guilty as a puppy sitting beside a pile of poo, everybody is missing the point.

Remember back in the 90s when Ken Starr got laughed halfway off the planet for having the audacity to want to know the wherefores and the whys of the Clinton/ Lewinsky misadventure?  Everybody got so tangled up in the tawdry little details

of who did what to whom, when, they forgot the reason Ken was there in the first place.  Can’t remember?  Here’s a hint: it’s against the law to lie under oath — especially when, as president, you’ve sworn, before God and everybody, to preserve, protect and defend the Constitution against all enemies foreign and domestic.   Perjury is one of the criminal biggies, but in the case of President Clinton, nobody — except maybe Monica — cared, once the media started hitting below the belt.  It doesn’t matter now, of course, since Clinton has since been politically canonized by both parties and may go on to become the first, First Gentleman in US history.  However, at the time, it was pretty important that the president lied and equally unfortunate that everybody got so high school gossipy over the sexual nonsense that they ignored that fact.  I’m concerned that the same thing is happening now.

I’m not going to re-recite the Petraeus timeline here; if you don’t know it, you’ve obviously been abducted by aliens.  However, it is an agreed-upon fact, that, regardless of when it started or when it ended, General Petraeus’ affair with Paula Broadwell was discovered while he was head of the CIA.  The CIA!  The Central Intelligence Agency!  These are the boys and girls from Langley who are the second most secret (if I told you, I’d have to kill you) agency in the world.  They are so mysterious their entire history is based on rumour and innuendo.  Ask any birther, truther or certified-living-in-his-mother’s-basement nerd, and they will tell you the CIA has been the bogeyman in every underhanded conspiracy theory since Queen Isabella supposedly pawned her jewelry with the Fuggers to finance Christopher Columbus’ all-inclusive excursion to America.  They do secrets they way normal people do lunch!  Now, before you get your knickers in a knot about classified files on Paula Broadwell’s computer or government documents piling up on her coffee table, think about it.  Does Paula Broadwell look like a Taliban operative to you?  Is she going to trade her top secret pillow talk for everlasting fame in the land of the burka?   I don’t think so.  The problem is not Paula; it’s David. 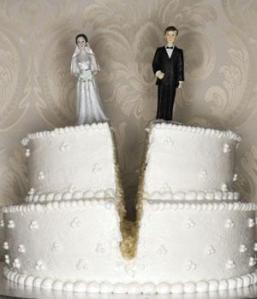 Here’s the deal, if you’re the head of The CIA you have one job – one job! – secret stuff.  You are the Lord High Poobah of everything that is clandestine in America.  You know where the bodies are buried and you’re not supposed to tell anybody.  So, quite frankly, letting your extra-marital affair get splashed across every website this side of Pyongyang doesn’t look very good on the resume.   David, you should have done a better job than that.  After all, you had the entire resources of the American intelligence community at your disposal.  This isn`t just error in judgement, my mistake bad; it`s incompetent godawful.   Honestly!  You know you`re in trouble, when the guy who’s supposed to be running every covert operation in the world can’t keep his own privacy private.

Unfortunately, as the media titillation meter goes off the scale, people are forgetting that one essential detail.