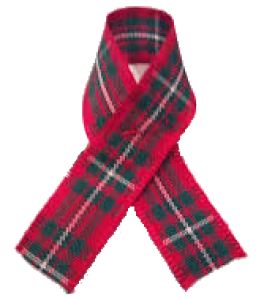 November 30th was St. Andrew’s Day* and I’m declaring war on plaid.  Why?  Last week, after seven unoffending years, a free yoga class at the University of Ottawa, in Canada, was cancelled because of “cultural issues.” (Call it “cultural appropriation.”)  WTF?  Apparently, Downward Dog is a symbol of oppression.  Too bad, so sad — you’re probably better off doing Tai Chi, anyway.  (Ooops!)  But that’s not my point.

If the progressive world wishes to fight for the rights of an oppressed minority, they need look no further than the mean streets and heathery footpaths of Scotland.  Trapped on an island with the great bogeyman of European cultural tyranny, the English — and their minions, the Welsh — we Scots have been getting oppressed for so long it looks like normal to the rest of the world.  And the litany of shame is long.

For centuries, Scots have smiled through the tears as we’ve endured offensive and degrading nicknames like Mac, Jock and Plaidie.  We’ve been objectified in the media — from Brigadoon and Scrooge McDuck to Groundskeeper Willie (I’m not even going to mention Fat Bastard.) and repeatedly portrayed as stupid, cheap and brutal alcoholics who can hardly speak English.  I’m looking at you, Robin Williams.

Our national symbol, the thistle, has been belittled as a weed.  Our music has been lampooned as the missing link between sound and noise.  Our food has been ridiculed as the worst in the world (by the World Health Organization, no less.)  Our underwear (or lack of it) is the subject of mocking public speculation.  Our very name has been appropriated across the planet for a child’s game, hopscotch; a candy flavour, butterscotch; and a transparent adhesive, Scotch tape.  When Mel Gibson turned our national hero William Wallace, into a paint-stained, historically inaccurate, shouting Australian, the world cheered and gave him 5 (FIVE!) Academy Awards — and no voice was raised in Scotland’s defence.

Our national game, golf, an ancient, pastoral activity of poor shepherds, was stolen from us.  Appropriated by the world, it has been transformed into a highly competitive, pay-to-play commercial sport.  It is now the hobby of the very rich — an icon of capitalist success that represents the in-your-face power of the 1%.

However, it is for the tartan that we must weep.  The very symbol of the Scottish family, the intricate, hand-woven patterns were passed down, mother to daughter, for untold generations.  The tartan is a visual reminder of that strongest bond of Scottish familial culture — the clan.  No croft was too humble, no laird was too bold, no Scot or her children were too far from home not to honour the tartan and wear it with pride.  And what did the world do?  PLAID — that’s what!

Ripped from the humble looms of Scottish cottages, PLAID is now synonymous with bad taste all over the world, from those ugly Burberry umbrellas to the ratty, little shirts hipsters wear.  Cheap hotels, discount furniture stores, bargain clothing outlets are all awash in godawful, hideous PLAID.  There’s no end to it, but it must end.

So I’m declaring war on PLAID.  I call on all colleges and universities to ban PLAID from their campuses, and I call on all thinking people everywhere to go to their closets, their linen cupboards, their basements and recreation rooms, and pull the PLAID from your homes.  Pile your PLAID in the streets, and on December 31st, the great Scottish celebration — Hogmanay — burn it.  Burn it so the light from a million fires might reach into the dark night of ignorance and free the Scottish soul from this horrible ordeal.  We must end this cultural nightmare — now!