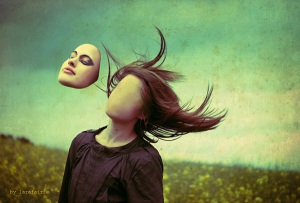 Last week, a man walked into a local newspaper with a weapon.  He found his estranged wife, who worked there, and stabbed her several times.  She died at the scene of the crime, and he was arrested.  The murder was witnessed by a number of people, including one guy who suffered minor injuries when he tried to intervene.  It all seems totally straightforward to me.  However, unlike the majority of big city murders, which don’t usually survive the 48 hour urban news cycle, people are still talking about this one.  In fact, a local open line radio program speculated whether or not the victim had actually provoked the attack.  Interesting.  The difference between this and most of the other homicides around town is the media is reporting it as one of the growing number of Canadian “honour killings.”

There has been much debate recently about honour killing.  Unfortunately, the discussion has been hijacked by questions of immigration and cultural rights.  This woulda/coulda/shoulda talk has tied our hands and diverted our attention from dealing with the problem effectively.  However, if we look at the situation in a critical, objective manner we can put a stop to what’s becoming a recurring social problem before it really gets started.

our society that we’ve imported a name for it.  It’s almost as though we consider it a subset of the act of murder.  This is not good: it presupposes acceptance.  Although we must now give honour killing a separate identity among all the other heinous acts that plague us, it is a grave mistake to think of it as anything less than premeditated murder.   If we do, we run the risk of psychologically giving it a mitigating circumstance which will only hamper our ability to deal with it.

Furthermore, we are at odds with ourselves over the nature of this form of violence against women.  We must clarify.  The erroneous assumption is that honour killings are just pumped-up domestic violence.  That is not true.  Human Rights Watch defines honour killings as:

…acts of vengeance, usually death, committed by male family members against female family members, who are held to have brought dishonor upon the family. A woman can be targeted by (individuals within) her family for a variety of reasons, including: refusing to enter into an arranged marriage, being the victim of a sexual assault, seeking a divorce—even from an abusive husband—or (allegedly) committing adultery. The mere perception that a woman has behaved in a way that “dishonors” her family is sufficient to trigger an attack on her life. (“Honor Killing,” Wikipedia)

This is a very specific definition which shows us that honour killings differ substantially from domestic violence in two key ways.  First of all, honour killings are premeditated, perpetrated by what would be considered normal, peaceful people – a spike of violence, if you will.  On the other hand, statistics show that most domestic violence cases, especially those resulting in death, are the culmination of escalating episodes of abuse and brutality, usually accelerated by alcohol and/or drugs.  Secondly, honour killings are aggregated acts.  In almost every instance, they have the tacit — if not the active — approval of at least one other family member.  Conversely, the vast majority of documented cases of domestic violence involve a single person, normally a husband or a boyfriend, who acts alone, usually in secret.  As we can see, honour killing and domestic violence are two different animals that must be dealt with separately.

Finally, whether we like it or not, honour killing has a cultural base.  We must face this fact straight on.  We can’t slip/slide around, trying to fool ourselves.  At the same time, however, we must understand that just because we recognize cultural differences; that doesn’t mean the door is open to racism or cultural

intolerance.  In fact, just the opposite.  These are Canadian women who are being killed – make no mistake – and they’re under the protection of our entire society.  We cannot lay the blame at the feet of “those people;” those people are us.

So where do we go to from here?  Zero tolerance.  We need to quit muddying the water with useless chatter.  The debate is about murder, not government policy, immigration or cultural insensitivity.  We also need to stop making false assumptions.  Honour killing is a new and different phenomenon which we’ve never had to deal with, in large numbers, before.  We need to remember that.   Finally, and most importantly, we need to quit conjuring up tippy-toe solutions.  It must be perfectly clear: Canadians, old and new, do not tolerate murder, regardless of the circumstances or what the media calls it.  This is non-negotiable, and our penalties must reflect the seriousness of the crime.  We have been warned.  Nationally, there have been over fifteen recognizable honour killingsmurders in the last few years.  The time to stop these horrible crimes was yesterday.