Unlike fine wine, my father travelled well.  He loved to go places; the man had road trip imprinted in his DNA.  To him, vacations were expeditions and despite carrying a bunch of kids with him, dad always managed to have a good time.  My father didn’t make the mistake that most people do when they go on vacation; he never stepped out of character.  Dad understood that the one inescapable fact about being a tourist is you are one.

There’s a common misconception that, in order to have a kick-ass vacation, tourists must somehow seamlessly disappear into the local culture – anything less is not worth the brag.  First of all, this is false; secondly, it’s impossible.  No matter what you do, when you finally hit the sightseeing streets of wherever you’re going — whether London, England or Rubberboot, Romania — everybody but you knows you’re a tourist.  You don’t even have to open your mouth.  Standing on the corner or sipping in a cafe, your clothes are different, your body language is odd, you smell funny and you’re carrying way too much stuff.  Actually, that’s the biggest giveaway.  People on vacation always haul all their goodies around with them.  You might not be wearing a Hawaiian shirt or have a 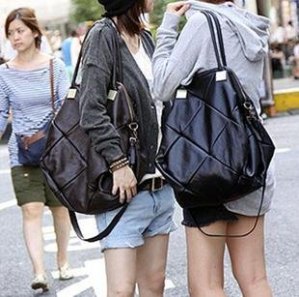 cliché camera hanging around your neck, but if you’re dragging a bag the size of Wisconsin, everybody knows you’re not from around there.  (Ask any local thief.)

However, just because you’re a tourist doesn’t mean you can’t get past the typical tourist experience.  It’s a lot easier than spending your time trying to blend in.

First, lose the bag!  Unless you’re backpacking in Patagonia, you really don’t need all that stuff.  Most people who lug their crap from the Louvre to the Loire Valley never use half of it.  If you simply can’t live without two litres of bug spray, so be it, but expect to be a target for gypsies, tramps and thieves and to pay premium prices for anything that isn’t clearly marked.

Second, find a bar or cafe and go there at about the same time every day for a beverage (adult or otherwise.)  They’re great for planning your day in the morning or doing a post-mortem at night.   More importantly, since most

tourists don’t do this, after about the third day, the owner or staff will take custody of you.  You will become their tourist.  They’ll take a personal interest in the good time you’re having in their town.  This works best in smaller places, but it happens everywhere.  Remember, the local folks can tell you more about where they live than twelve travel agents combined.  These are the people who know where the puppet shows are and who has the best fish.  They also have friends, aunts and cousins who sing in the local band or make jewelry or might be convinced to take you up-river.  Not to brag, but I’ve been invited to a French birthday party, got a personalized tour of the cliffs of Cornwall, sung “Hasta Siempre” on stage in Havana and danced with a for real Polynesian princess in a South Seas thunderstorm — all because I like a second cup of coffee in the morning.

Third, never comparison shop between home and away.  That’s what gives tourists a bad name.  Always remember you are just as exotic to the people you meet on vacation as they are to you.  I once got into a Franglais conversation with a guy in Paris about the amount of doggie do-do there was in the streets (at that time, there was plenty.)  He was absolutely fascinated that North Americans clean up after their dogs.  To him, it was the oddest thing for people to willingly pick up dog poop and take it home with them, and he asked me quite seriously if we did the same thing with cats.  I don’t think I had an answer for him.  My point is, when in Rome don’t start telling the Romans how they do business in Nebraska; it just sounds funny.

Finally, but most importantly, if you’re not a jerk in your home town don’t become one on vacation.  Remember the average shopkeeper in Dakar is no different from the one in Detroit.  They both have their own set of problems.  Yes, definitely complain if you’re getting scammed, but otherwise go with what you got.  Keep in mind that you were the one who chose to travel in the broil of August.  You were the one who overloaded the luggage, flew economy to save money and picked the bed and breakfast with the bathroom down the hall.  If your feet are sore, get off them.  If the pastry tastes like glue, it probably is.  And try as they might, the tour guide can’t make the whales jump, no matter what the brochure says.  Believe me — and I have it on good authority from my dad — if you don’t act like an obnoxious tourist, you won’t be treated like one, and you’ll have way better stories to brag about when you get home.

4 thoughts on “The Art of Travel”