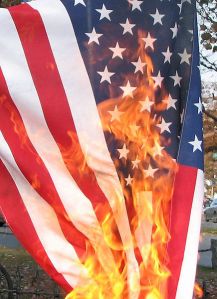 As the Olympic Games continue and China and the United States duke it out for world supremacy in training and nutrition (nudge-nudge/wink-wink) something amazing is going on.  Ever so slightly, ever so carefully, the world is shifting its attitude away from blatant anti-Americanism.  It’s not a tectonic shift, by any means; just a subtle hint now and again.  Make no mistake, hating America is still the world’s #1 leisure activity, but every once in a while, at these Games at least, they’re not the ad infinitum root of all evil they’ve been accused of for more than half a century.

Anti-Americanism was born in the mid 60s when an entire stratum of pampered young people (with incredible buying power) went on a five-year temper tantrum.  They were pissed because, for the first time in their lives, they couldn’t get their own way.  Unfortunately, their sheer numbers and economic impact turned what was ordinary youthful discontent into a cultural revolution.  Half-educated, they were unable to distinguish between theoretical Marxism and the real thing and thus saw capitalist America as the big bad bogeyman.  America, run by the veterans of a simpler time, never understood the situation and exacerbated it by stumbling around the rice paddies of Southeast Asia in an idiot attempt to contain communism.  By the time Vietnam’s General Giap unleashed The Tet Offensive in 1968, America had squandered most of the prestige it had accumulated from World War II.   Richard Nixon and Watergate finished it off.

Today, three generations later, anti-Americanism is a worldwide institution.  All 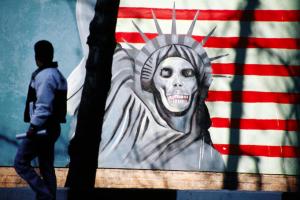 political, spiritual and economic arguments end when America gets the blame.  They are responsible for Global Warming, Globalization and every other global godawful anything that happens to wander by, including poverty, famine and Justin Bieber.  Hell cannot hold half their nastiness, and their stupidity is beyond the ability of Charles Darwin to figure out.  American leaders are schizophrenic in their cunning, both dumb as the proverbial box of rocks and capable of creating any number of complex and nefarious conspiracies.  These plots are conducted by the shadowy and “omnipotent” CIA and are intricate in their planning, massive in their scope and have never (at the time of this writing) worked.  They are usually discovered, after the fact, by a dedicated team of sceptics, operating from the relative comfort of their parents’ basements.

Popular wisdom has it that America has both faked the moon landing and destroyed the ozone layer.  The greedy bastards have sent their corporate lackeys out into the world to destroy all indigenous cultures and to fast-food the fitness out of innocent children.  They have alien technology they won’t share and a cultural bankruptcy they’re forcing on the rest of us.  They are gun-happy cowboys who like nothing better than buggering up everything they touch.  In short, when America wakes up, Satan hides under the sofa.

The weirdest thing about anti-Americanism is, though, even in our uber-sensitive world, it’s not seen as bigotry, prejudice or even ignorance.  It is so ingrained in the world’s thinking that nobody even questions it.  Many people don’t even admit it exists.  The most common statement to that end is, “I’m not anti-American … but” and then the speaker launches into an anti-American tirade worthy of Jon Stewart and Bill Maher combined.  Like prejudice everywhere, it doesn’t matter what bigots say before they get to the “but.”  It’s what comes after the qualifier that counts.

Of course, up until recent history, America has been a catchall for a lot of people’s dissatisfaction.  They get the flak because, for the last sixty years or so, they’ve always been front and centre.  They may not be omnipotent, but they’ve

certainly been omnipresent.  And that’s what’s changing in our little world.  Slowly but surely, China is reaching its fingers into the international community, and they’re discovering that there’s a whole lot more to being a world power than selling toasters to Italians.  Many people have gone from looking at China through a telescope to putting it under the microscope.  China has already played the racist card (a time-honoured tradition, pioneered by the Japanese) a couple of times to deflect criticism, but that’s not going to last forever.  As more and more people discover China — up close and personal — there will be criticism.  It’s inevitable.  After all, there is no Chinese utopia – any more than there was an American one.  However, for now, it’s interesting to watch the world tiptoeing around the coming Chinese Colossus and hearing a collective American sigh of relief as the spotlight shifts across the Pacific.

One thought on “Anti-Americanism: The Changing of the Guard”