The ancient Greeks were intimately connected to their mythology.  They believed the stories about guys like Theseus and Hercules were true.  They used these tales as metaphysical building blocks to construct the rest of their society.  From what we know, it worked out pretty well.  Here in 21st century North America, we also believe in our mythologies, and even though they don’t take human form (like the Greek’s did) we worship them, all the same, sacrifice common sense to their appeasement and tremble when we think they’re angry.  The problem is our myths are just as fictional as Zeus and his pals ever were, but in our enlightened age we forget to remember that.

We’ve already seen (here) that, despite huge amounts of evidence to the contrary, we truly believe we live in a benevolent world where everyone acts in a reasonable manner.  We’ve also seen that we get angry and frustrated when these enduring myths are proven wrong, again and again.  Well, hold onto something heavy, because this next bit’s going to blow you away.

We believe that everybody across time and space thinks the same way we do!  People are people, and we’re all basically the same.  We find it impossible to believe that there are people in this world who do not share our values.  And (and here’s the good part!) every time we do see these people (frankly,  there are more of them than there are of us) we’re not only shocked, but we think that something’s gone completely haywire – some evil force has created a nefarious wrong that needs to be righted.  Here’s a perfect example.  Ask any group of your 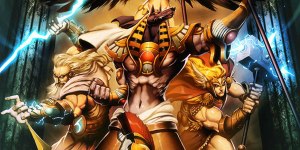 assorted friends their opinion on female circumcision.  I’m no Kreskin, but I’ll bet dollars to dead donkeys that few, if anybody, west of Quoddy Head, Maine is going to give that little cultural item a thumbs up.  Not only that, but if you persist, you’re going to get a spit storm of education on female oppression.  The prevailing wisdom is a bunch of nogoodnik men are keeping women in the dark ages for some wicked purpose known only to themselves.  Here’s a news flash: female circumcision is an accepted — accepted — practice across vast portions of our planet.  We don’t agree with it because it cuts across the grain of our cultural values, but literally millions of people (including a hell of a lot of women) think it’s normal.  But let’s not stop there.  There’s also ultrasound gender selection.  For the culturally naive, this is where parents find out the sex of their unborn child and kill it if it’s a girl – brutal, but true — and obviously not practiced by the primitive tribes of the Amazon.  I could go on for days.  There’s the quaint culinary custom of cutting off a shark’s fin for soup or whacking off a rhino’s horn for medicinal purposes only.  In some parts of this world, baksheesh is considered a privilege, for god’s sake; it’s practically tax deductable.  These are all perfectly normal ways of doing things, all over the world.  And there are tons more like them.  The problem is we just don’t believe it.

In actual fact, despite great wads of evidence, we regard cultural customs we don’t agree with as nothing more than primitive practices, operating on the nutbar fringes of other societies.  We think that the everyday-walking around men and women of other cultures believe this also and that they are only one western enlightenment away from purging themselves of these reprehensible acts.  Our myth of inherent cultural equality tells us this.  Therefore, since the gods can’t be crazy, there must be evil forces abroad in the world: ruthless dictators, religious zealots or heartless capitalists whose sole purpose is to hoodwink their people into doing things that are obviously contrary to their nature because they are contrary to our nature.  We simply can’t allow other people to think differently than we do — because that would anger our gods.

Friday: The Final Myth and Why Our Mythology Doesn’t Work