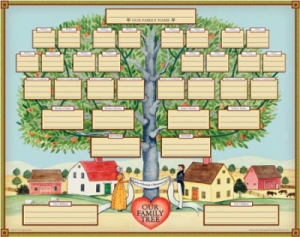 Tomorrow is American Thanksgiving, a time for turkey, mashed potatoes and football.  Despite living in a completely different country and being about as far away from Plymouth, Mass. as possible — without leaving the continent entirely — I have a direct connection.  One of my ancestors, William Brewster, was part of the original Thanksgiving Day Parade and likely shared a drumstick with Squanto that afternoon way back in the day.  I found this interesting family tidbit several years ago when I first got interested in genealogy.  For those of you who’ve never been infected by the genealogy bug, just think of it as reincarnation for old people.

Humans are pack animals; as such, we have a burning need to find our place in the great scheme of things.  When we’re young, we rely on our immediate family to satisfy this craving.  We call ourselves, “older brother,” “younger sister,” “cousin” — that sort of thing, to mark our position.  However, as we get older and find the world is a pretty mucho grande kinda place, we need bigger connections.  We become Parisians, Texans or Italians.  We identify ourselves with the accomplishments of the group.  In practical terms, this means that we consider the Eiffel Tower, the heroics at the Alamo and the grandeur of the Renaissance as part of what we are.  However, humans are also self aware, and you may have noticed that we all have egos larger than most of us can justify.  So just being part of the tribe is not really good enough; we need to make a more personal impression on the world.  This leads us to searching through time to find out where we fit and using history to better ourselves.

On my own, I’m a pretty dull character.  Like most of us, I’m going to do my time 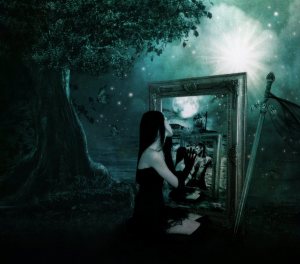 straddling the 20th/21st centuries and then disappear into the vague reaches of eternity.  I display none of the attributes which would lead history to record my existence and so I doubt very much if it will.  However, if I believe in reincarnation, I can take a much larger role in the continuity of human events.   I can, for example, appear as Joan of Arc’s handmaiden, sail with Vasco da Gama, or swap tales on the trail with Hickok and Cody.  My slice of the historical pie gets much bigger when I connect myself to the people history remembers.  That’s why reincarnation is such an attractive idea.  Strolling the halls of history with Philip of Macedonia, Anne Boleyn or Alexander Hamilton, in a past life, is far more romantic than finding the perfect parking spot at the shopping mall in this one.  Besides, it’s easy.  We can translate that dream we had the other night– after an evening of Kingfisher beer and chicken vindaloo– into any number of incarnations.  Essentially, reincarnation is just lazy genealogy.

Of course, some might question the historical accuracy of indigestion, but, as with all beliefs, if you believe, it’s automatically true.  There is no way to disprove a suggested memory — even if it does suspiciously resemble Michael Hoffman’s version of the Restoration.  Reincarnation not only gives us the personal history we want but dispenses with those pesky ancestors who don’t follow the rules.  They shy away from the great moments in history and see them the way we do, as casual bystanders unaware of what the future will embrace or discard.  On the other hand, past incarnations seem to follow history like eager students keenly aware of both the tenor and the torrent of their times.  They can anticipate their own significance with astounding 20/20 vision.

The odd thing is, though, despite my meticulously researched ancestors and documented proof of their existence, I have no genetic memory of New England or the Atlantic coast, past or present.  However, I can accurately describe the snowy spires of Moscow in the fading blue winter distance; feel the cold, the wind and the hopeless, exhausted desolation.  I have never been to Moscow, but in my mind, it’s the furthest east I ever got.