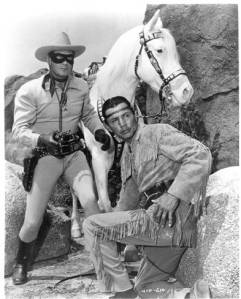 I haven’t seen The Lone Ranger and I’m not going to see it any time soon.  Word around the campfire is it sucks.  So rather than waste my time — and pay Disney and Cineplex for the privilege — I’ll wait and let Movie Central do it to me for free.  At the end of the day, I’m not curious enough to rush into two hours of Johnny Depp with a dead bird on his head.  But I digress — and I haven’t even started yet.

Disney thought they had a guaranteed homerun with Lone when Bruckheimer, Verbinski and Depp (late of Pirates of the Caribbean) stepped up to the plate.  They even packed the movie with promises of a sequel (read “franchise.”)  Unfortunately, the dynamic trio hit into a disastrous double play.   (I’m assuming Bob Iger is still torturing people in the dungeons of the Magic Kingdom over the John Carter debacle.)  So instead of laughing all the way to the bank, Mickey Mouse is busy pointing fingers.  (Ironically, he only has three.)  However, the problem is not only Bruckheimer, Verbinski and Depp; the problem is the Lone Ranger himself and his buddy Tonto.

The legend of the Lone Ranger is not a story for the 21st century.  There are simply too many nuances for our unsophisticated tastes.

First of all, it’s a morality tale.  Lone is the good guy.  Those other fellows over there, in the black hats, are the bad guys.  They do nasty things (normally motivated by greed.)  Lone points himself in their direction and tries to thwart their evil schemes — full stop.  He is not an on-the-spot vigilante.  He leaves justice to the proper authorities.  Contemporary audiences don’t appreciate this subtlety.  However, because of it, Lone is not ambivalent about his purpose or his methods.  He knows he’s the good guy.  He’s not consumed with angst.  Our society doesn’t understand this interplay between good and evil.  We want our heroes to question it, mainly because we don’t really think it exists.

Secondly, the relationship between the Lone Ranger and Tonto is impossible for contemporary audiences to comprehend. 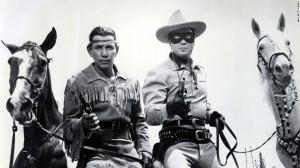 “Sidekick” just doesn’t translate into Oprahspeak.  In our relentless adherence to equality, anything less than a bromance between the two men is unacceptable.  We refuse to believe that Tonto has any dignity being the lower man on the scrotum pole, even though it’s clear he does.  (It’s too complicated to explain, but suffice it to say Tonto can hit the trail any time he wants to, but he doesn’t.)  Plus, our simplistic view is amplified by our aversion to actual ethnic diversity in film.  Minorities may be everywhere in the movies but, remarkably, for the most part, they dress, walk, look and talk stereotypically like the homogenized white guy standing beside them.

Finally, The Lone Ranger is a western.  This isn’t a bad problem until you try and tell the tale to kids.  In our world, there isn’t a Hovermom west, east, north or south of the Pecos who’s going to permit that.  Agrarian Workers and Native Americans (Cowboys and Indians) are personae non grata in today’s playgrounds.  Our children can zap aliens with death rays and mega-fry entire civilizations with video game warheads, but there is no way in hell little Bryce or Morgan will ever be allowed to strap on a toy pistol and go looking for bad guys.  It just isn’t done.  The demographics of The Lone Ranger’s first week in the theatre bear this out: ticket buyers were overwhelmingly white men over twenty-five.  This is not a bad group but clearly not the one Disney was aiming at.  Despite the advertising and the action figures, The Lone Ranger is not actually a kid movie — or at least not one parents are going to let their kids go see.

It’s too bad Disney missed the point and The Lone Ranger is a flop.  I grew up with Lone and Tonto, and I think, with a little creativity, they could have been retrofit into our brave new world.  In fact, their story is good enough that I still believe they should be.  After all, despite his being one of the deadliest pistolaros of the Old West-ern, in all the episodes of The Lone Ranger I saw, I don’t remember that he ever actually killed anybody.  That alone would be a welcome change from the carnage we see in most action/adventure films these days.  Unfortunately, now that Disney has bit the silver bullet, it’s going to be a long time before anyone else will return “to those thrilling days of yesteryear, when from out of the past came [sic] the thundering hoofbeats of the great horse Silver! [and] The Lone Ranger rides again!”