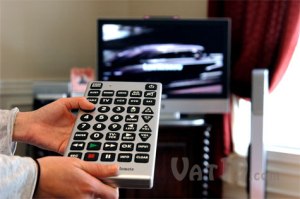 A certain acceptance comes with age.  As you get older, you realize that the world is not going to change that radically between now and the time The Grim Reaper takes your pulse.  Walmart is going to remain the mighty retail monolith it’s always been.   McDonald’s will sell more burgers than Africa has cows — despite the interesting fact that no one you know has ever eaten there.  And Microsoft, Google and Apple are going to continue to rule the world in an unholy triumvirate worthy of Octavian, Mark Antony and Lepidus.  However, just because you’ve accepted the inevitable doesn’t mean certain things don’t continue to drive you nuts.  Our world is loaded with stuff that simply doesn’t make any sense beyond material for a stand-up comedy routine.  For example, go to any store in the country and you’ll find the two-fisted gigantic bottle of Coke™ sells for 99 cents, the smaller (smaller!) bottle costs $1.50 and the bottle of water (that beverage you can get free out of any garden hose.) is $1.89.  Just let that sink in for a moment.  It makes you wonder what Dasani actually means — you just got robbed?

However, the single most ridiculous thing in our world that sends me loopy every time I think about it is the remote control.  This is the point and click device that revolutionized our society.  It changed us from a vigorous, dynamic people into lazy swine with the attention span of a hummingbird without its Ritalin.  It does everything but deliver the potato chips and chew them for us.  I swear, if you knew the correct sequence and pointed it at NASA, you could launch the Mars Rover.  I (the original techno-moron) have recorded Games of Thrones in my living room while lounging through Spaghetti alla Vongolese and a bottle of Amalfi Red (I had to fight to get that combination) on a rooftop in Rome.  It is the most important item, aside from the coffee pot, in any household.  So why, by all that’s holy, is every single one of those little bastards different?

We live in a homogenized world.  If, while you were sleeping, you were magically transported to a shopping mall in darkest Bavaria, when you opened your eyes, aside from The Gotterdammerung music playing in The Food Court, you would have no idea where you were.  You could be anywhere from Indonesia to Eau Claire, Wisconsin.  The utter sameness of most of our planet is worthy of Groundhog Day.  Yet, when your Blu-Ray player finally hits the wall of planned obsolescence and you have to buy a new one, you’re about to enter the undiscovered country.  You’re reduced to re-inventing the 21st century wheel because 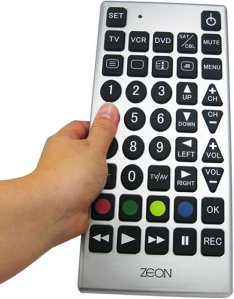 the brains of the operation, the remote, has changed its shape, its size, its colour and rearranged all of its buttons.  The first time you use it, you think you’ve paused Breaking Bad: the Teenage Years to go for the Orville Redenbacher’s and suddenly you’re recording a 24 hour marathon of Everybody Loves Friends, in HD, on a channel you haven’t even paid for – yet.  So, you start pushing buttons like a Rhesus monkey finding the food pellet in a primate behavioural study.  Six clicks later, you’ve selected the adult classic, Boob Chaser III, which Channel 531 casually informs you, has been “shared” with your Facebook friends.  “Thank you for choosing Pay Per View!”

And it’s no use trying to beat the system with one of those Universal control-everything-but-the-toaster jobbers.  That’s just madness.  First of all, you need an advanced understanding of the Da Vinci Code just to turn one of those babies on, and, more importantly, nothing less than a degree in binary engineering from M.I.T. is going to make them work.  By the end of the first hour, you’ve screwed up the set-up so badly the instructions are now in Hebrew and the one channel available for your viewing pleasure is The Weather Network from McMurdo Station, Antarctica.  Finally — $19.95 plus tax, poorer — you give up and go back to fighting with the original villain that came in the box.

I know that, in fifteen minutes any twelve-year-old can reconfigure my system so she can run it off the microwave, for God’s sake.  It’s not that technology is all that smart; it’s just that it’s smarter than me.  However, I don’t understand why, when all technology is basically the same, every piece of equipment is so utterly different from the last one that you need to channel Thomas Edison to figure it out.  I can’t be the only guy on this planet old enough to remember Ronald Reagan.  What’s wrong with one size fits all?

We have cars that can parallel park themselves, murderous drones that search and destroy across the wilds of Pakistan from a Wii™ system in Wiesbaden; we’re on the verge of creating electronic nanobots that literally eat disease.  Yet, when I want to watch an old episode of Arrested Development on Netflix, I still need six (different) little boxes to do it.  If this isn’t Comedy Central, I don’t know what is! 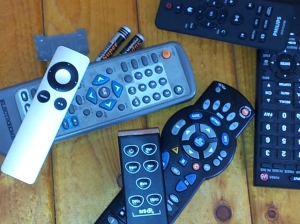