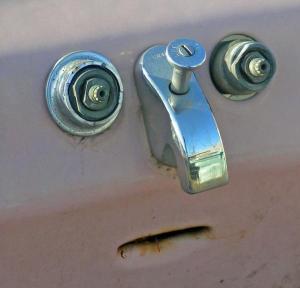 One of the cool things about being a writer is, aside from the occasional drink-‘til-ya-drop tequila binge, you generally go to sleep smarter than when you woke up.  You’re constantly finding and filing away facts, like an information squirrel worried about winter.  For example, I know that Birmingham, England has a larger canal system than Venice, Italy, there are actually five different versions of David’s painting, Bonaparte Crossing the Alps and China is scheduled to take over the world sometime in 2028.  This kinda stuff doesn’t come up all that often in casual conversation, but it definitely keeps most conversations casual.  After all, when you’re the Wyatt Earp of useless information, you don’t get a lot of people calling you out on it.  That’s the other reason why writing is such a lonely profession.  People tend to think you’re a pompous ass.  But I digress.  The cool part of having tons of off-the-top-of-your-head trivia at your disposal is that you get a leg up on analysis that most people don’t have.  You can see the connections between ideas before other folks even get their Google warmed up.  Let me show you how it works.

Remember when you were a kid and, face up to the sky, you actually spent some time looking at the clouds?  You didn’t see nimbus or cumulus (unless you were terminally nerdy) you saw sheep and surfers and an old guy with a pipe.  This is because our minds are hardwired into detecting images (especially faces) long before our conscious brains have accumulated enough information to make a judgement call.  Essentially, we see things before we actually see them by instantly reducing any image to it basic components.  This phenomenon comes from a time before time when humans were not even close to the top of the food chain.  As a species, we needed to recognize the things that were going to eat us — with enough time left over to run like hell for the trees.  In evolutionary terms, our ancestors who were good at this became our ancestors; everybody else ended up digested on the savannah floor.

Move the calendar forward half a million years, we still see faces in inanimate objects, but the only time we actually use this instinctual skill is to 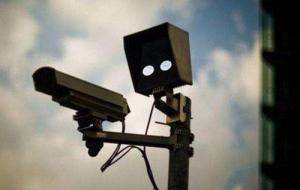 generate religious revivals from tortillas or buy into paranormal swindles.  After all, it’s been a lot of years since our species was threatened by hairy beasts.  However, in the 21st century, the predator of choice is information.  In order to thrive, if not survive, we need to recognize essential information out of the info-flood we’re soaking up every minute of every day.  Since no one has the waking hours to analyze every piece of data that arrives, hat in hand, to our conscious mind, we do this by connecting new information to the knowledge we already have.  A very simple example is when we see a truck drive up and park in front of our house, we immediately determine what kind of a truck it is (fire, garbage, FedEx) and take appropriate action.  If we don’t recognize it, we file it and get on.  Thus, the more information we have, the greater our ability to test drive the new stuff when it arrives.

As a writer, I get to test drive tons more information that most people — it comes with the territory.  And the thing that’s really cool is, like cloud watching, it’s a never ending process.  One shape morphs into another and another and another.  Think of it this way: what started off as an Internet search for “pareidolia” (you need to Google this, BTW) ended up, somewhere after midnight, at a YouTube video on how to fold t-shirts.  Now, how cool is that?