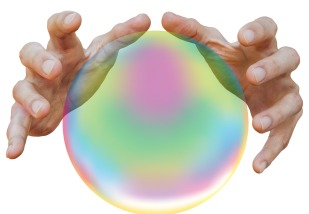 Predicting the future is like explaining the past — you’re going to get an argument from somebody.  However, when was the last time I was afraid of a verbal bare-knuckles?  So here are some bold predictions for the not-so-distant future.

America — The long-anticipated demise of the USA will, once again, be greatly exaggerated.  America may have hit a serious bump called Trump, but remember that Amazon, Google, Facebook, Visa, Mastercard, Disney and Walmart are all American companies.  Plus, even the most detailed economic indicators don’t mention that, while that t-shirt, sold around the world, might be “Made in China,” the logo on the front is the Los Angeles Lakers, and the licensing money for that is going back to California.

China — China’s economic dominance will be short-lived — if it happens at all.  China is betting against history, which tells us two things.  One: if you give the middle class economic power but deny them the political power to protect their newfound money, you’re just asking for trouble.  And two: if you create an uber upper class that’s conspicuously wealthy, eventually the Have-nots are going to say WTF? and demand a bigger slice of the pie — by force, if necessary. (China is on the verge of satisfying both these conditions.)

Unemployment — Eventually, we’re going to realize that we don’t actually need all these lawyers, consultants, administrators, HR, PR, IT and WXYZ people, taking up space in government and industry.  In fact, we’d all be better off if they just left their make-work jobs and went home.  The problem is what’s our society going to do with a boatload of over-educated people, sitting around playing video games?

Stupid Vacation Pictures — Unfortunately, tourists are still going to act like jackasses at the Tower of Pisa, The Great Wall, the Venus de Milo and every other “must-see” with a website.  The only way around this is a universal ban on selfie sticks.  (Where’s the United Nations when you need them?)

Secrets — As ordinary people continue to give away their privacy with both hands, secrets will become a commodity only the very rich can afford.

English — Despite North America’s Politically Correct culture doing its best to tear the guts out of the English language, it will become the lingua  franca of the 21st century.  (FYI, twice as many people in Asia are learning English than speak it in the USA!)

Money — Folding money is rapidly going out of style. Eventually, the only people who will use it regularly will be international drug dealers and local bake sale charities.  A couple of years ago, I saw Girl Guides selling cookies with credit card readers on their telephones.  Think about it!

Bitcoins — Bitcoins are crap!  Remember what happened to tulips!

Zombies And Englishmen — Ever since social justice warriors made every identifiable group (except middle-class white males) an oppressed minority, it’s been impossible for Hollywood to find a villain who doesn’t come equipped with an angry Twitter mob.  So, for the foreseeable future, only Zombies and Englishmen will be acceptable as the bad guys in the movies and on TV.

Energy Is Not Going Be A Problem — Right now, in most industrialized countries, people pay more for a cup of Starbucks coffee than they do for a litre of gasoline.  Check it out!  So, as long as fossil fuels remain relatively cheap, oil-producing countries are going to have the rest of us by the shorthairs.  Fortunately, though, a lot of us are getting sick and tired of sucking up to these people, and we’re starting to produce our own energy.  (NB! As you read this, the Netherlands is using wind power to drive all their trains.)  Obviously, as more and more people do this, the world will become a cleaner, happier place — and the Middle East will go back to being a gigantic, unhappy sandbox.