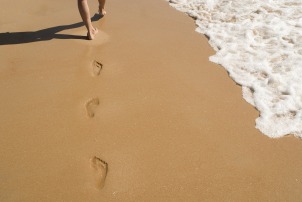 Our world is dying.  No, I don’t mean poached polar bears, floating face down in the flooded streets of Miami — although, if we’re not careful, that could be a possibility.  I’m talking about that world we built back in the 20th century that, for all its mighty flaws, was — uh — comfortable.  Yes, part of this is just old man nostalgia, but even the “tear-it-down/blow-it-up” crowd will admit that, a couple of decades ago, there was a certain certainty about life.  We had a society that was steady, reliable — dull as dishwater — but it made life relatively easy to live.  Unfortunately, a lot of the institutions — and therefore the attitudes — which defined that world are slowly going the way of the dodo.  Some of these are just tiny twitches, but they’re all part of a gathering tsunami that is going to wipe away our world like a foot print on the beach.

Landline Telephones — The biggest change in the cell phone revolution is that, without a heavy receiver in your hand, you can’t slam down the phone in pissed-off frustration anymore.  Touching disconnect just doesn’t cut it!  This pent-up anger has to go somewhere, and I personally think this why young people complain so much.

Bricks and Mortar — Those greedy corporate bastards are closing retail outlets as fast as they can hang the “For Sale” signs.  Why?  Just because I, and millions of other people, haven’t actually been inside a bank, a hardware store, a department store or a book shop for months, or even years.  The problem is those young people who would have (should have?) started their careers as bank tellers, shop clerks and cashiers are now unemployed and have to look for opportunities in such soul-killing professions as HR counselling and IT consulting.  No wonder young people are grouchy all the time!

Regular Redneck Beer — Like coffee and snack food, beer has fallen prey to that most insidious predator of our time — the pompous ass.  Adding blueberries, broccoli or bananas to what is essentially Budweiser, and calling it “craft beer” is bad enough, but pretending “Gimme a beer!” is a culinary event so you can charge an outrageous price for it is just an out-and-out scam.  And people are surprised that young people think the world is screwing them over!

Flirting — If you’re a heterosexual male between the ages of 16 and 65, the new rules on flirting are easy — DON’T!  You’re far better off with the Bromance.  Hanging out with your bestie bros provides a safe, non-judgemental environment.  Besides, history has shown us that inter-gender activity can lead to all manner of 20th century nonsense, like art, poetry, laughter, walking on the beach, dancing in the moonlight and even singing in the rain.

It’s a brave new world out there, kids.  Smile!

7 thoughts on “Our World Is Dying”