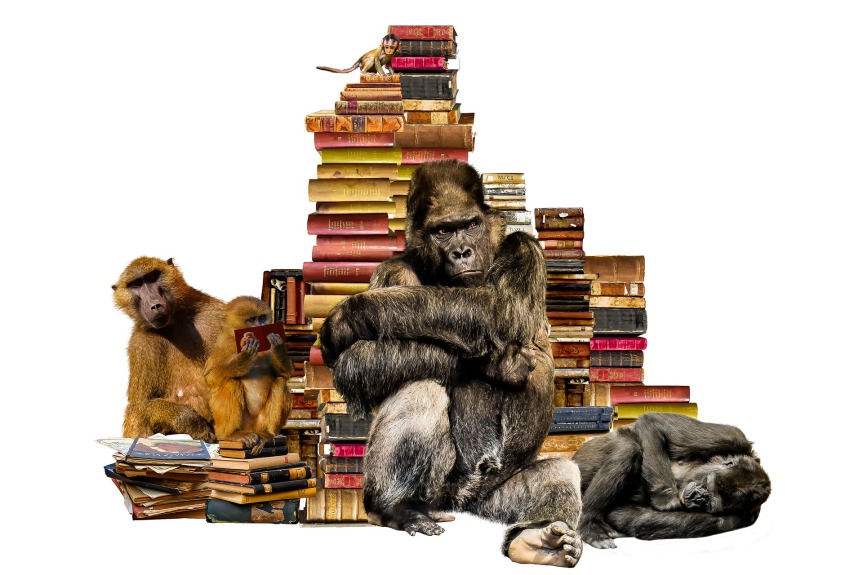 The folks at the Beeb (BBC) have come out with the Top 100 Stories that have influenced the world.  “Good on ya!”  I love lists: by definition, they’re always controversial.  It’s true that scholars very seldom throw punches (I’d pay money to see that!) but normally a list such as this would generate more than a few white wine arguments over which book is where and why.  Unfortunately, this particular list does not fulfill that basic requirement because, at first glance, it’s obviously total bullshit.

Yeah, yeah, yeah! All lists are subjective; however, there are some things in this world that are just dead wrong.  Let’s take an objective look at what the Beeb is trying to pawn off on us.

The Odyssey (#1) — No problem.  (You’ll probably get a fight from the Shakespearians, but they’re always pissed off about something.)
Uncle Tom’s Cabin (#2) — We can all agree on Simon Legree.  This book may very well have caused the American Civil War, which not only changed the social structure of Western civilization but also gave us the first glimpse of the military-industrial complex.
Frankenstein (#3) — This is where things start to get a little weird.  It’s true everybody knows who Frankenstein is — although most people get him confused with the monster.  But I’m pretty sure Frankenstein is not as big an influence on young lovers (anybody who ever lived) as Romeo and Juliet which doesn’t show up ’til #13.  And from there, everything just goes sideways.  According to the list, Beloved (#11) is a bigger influence on the world than Animal Farm (#18); Ulysses (#17) — which no living person actually understands — is ahead of To Kill A Mocking Bird (#27) and On The Road is nowhere to be found!

And what about the other sins of omission? — OMG!  There’s no The Great Gatsby, no Grapes of Wrath, no Fahrenheit 451, no Brave New World, nothing by Hemingway, nothing by Hardy and nothing by Kipling who sent two generations of imperial Brits out to change the world.  Paradise Lost and Le Morte D’Arthur are conspicuous by their absence, and where the hell is Dr. Seuss?

However, it’s not what’s missing from the list that’s burning my bacon: it’s a couple of titles that the Beeb included.

JK Rowlings’ Harry Potter series (#15) — Yes, we all read these books (or saw the movies.) Yes, we all thought Harry (and eventually Hermione) were hot; and yes, Quidditch is now the national sport of Nerdovia — but #15?  That’s ahead of Aesop’s Fables (#29) and Cinderella (#52.)  I don’t think so!  If nothing else, Aesop and Cindy have about a 1,000 year head start on that little wizard.  They were bedtime stories for millions and millions of children, long before Millennials decided that they were the only generation that mattered.  And besides, everybody knows Rowlings didn’t write seven Harry Potter books; she wrote two Harry Potter books — three and a half times.

But, my biggest bitch is The Handmaid’s Tale (#16)  WTF?  This little ditty is ahead of King Lear (#33), The Canterbury Tales (#58) and A Christmas Carol (#73)?  Basically, the BBC is telling us Margaret Atwood has a bigger influence on the world than William Shakespeare, Geoffrey Chaucer and Christmas!  Not bad for a book one reviewer called “paranoid poppycock.”  You want some serious grins?  Walk down any street in the English-speaking world and ask people if they’ve read the book — the book!  Chances are good you’ll get an overwhelming NO.  Why?  ‘Cause the vast majority of people who have even heard of The Handmaid’s Tale have only seen the TV series.  For the first 30 years of its existence (before Hulu pick up the option) The Handmaid’s Tale was about as influential as Pinocchio — probably less.  And here’s the kicker: the TV series isn’t even written by Margaret Atwood!  It’s written by Bruce Miller, whose last outing was The 100; Leila Gerstein, who wrote for Gossip Girl and a bunch of other people who don’t even have Wikipedia entries.  So much for spreading Margaret Atwood’s influence around like marmalade on cold toast!

The bottom line is this list does serve one purpose, and one purpose only: it clearly confirms we’re living in the shallow end of intellectual history, dominated by cultural illiteracy.  Harry Potter, my ass!