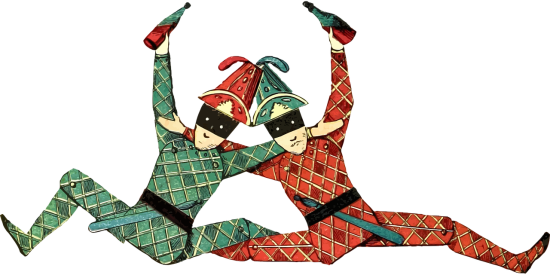 The problem with my jokes is that they sometimes take a while to get. Sometimes I’ll tell a joke and then 10 minutes later, when a different comedian is on stage, everyone starts laughing.
David McIver

When I see Donald Trump, I get the same thought in my head as I get after a particularly painful bikini wax. Bush wasn’t that bad.
Angela Barnes

My wife said she wanted to meet new people. I took her to the maternity ward

I’ve created an app to help with insomnia, called Slumbr, which lets you talk to other really boring people until you fall asleep. It’s online sedating.
Jon Harvey

The waiter in the restaurant asked me if I had any allergies. I said, ‘Yes, I am allergic to penicillin’.
Stuart Mitchell

I didn’t like getting lost on a campsite in the dark. I was feeling tents.
Charlie Partridge

I threw my hands in the air, which was a shame because I had nothing to catch them with on the way down.
Paul Mayhew

My girlfriend is half Irish and half Chinese. Which means she’s incredibly beautiful and I’m never allowed to do an impression of her.
Brett Goldstein

If you don’t know what introspection is, you need to take a long, hard look at yourself.
Ian Smith

My reasons for learning origami are two-fold.
Ken Cheng

Heaven is a bit difficult to reach, but if you are Catholic you can aim lower, to Purgatory: it is like a cheaper version of the afterlife, the Ryanair of souls.
Luca Cupani

I played Hamlet once, not very successfully. The audience threw eggs at me. I went on as Hamlet and came off as omelette.
Gyles Brandreth

I only go for runs when it’s raining because it feels like you’re sweating way more and no one can see that you’re crying.
Paul Williams

I could never work in The Job Centre. Imagine working somewhere and knowing if you finally have the courage to quit, you’ve still got to go in the next day.
Adam Rowe

Someone close to me died this morning, which made for an uncomfortable train journey.
Glenn Moore

When I was unconscious in the hospital, Mrs Tavare played me music as stimulation. First she tried Justin Beiber in the hope I might get out of bed and switch it off…
Jim Tavare

I took my nephew on the swings.  He kept complaining that it goes up too high. I said, ‘Shut up and push’.
Nick Dixon

I suffer from insomnia and I’ve tried everything, even counting sheep. I got up to about 100 sheep the other night and still couldn’t get to sleep, so I went back inside.
George Rigden

My dad loves his dog more than us.  He makes it a roast chicken seasoned in herbs every Sunday, which is stupid as dogs have no concept of Thyme.
Rachel Fairburn

I was arguing with someone until we came across a smiling fortune teller… I think we found a happy medium.
Bread & Geller

I didn’t start experimenting with drugs until I was in my 40s.  Prior to that, I was just enjoying them.
Roman Fraden

My boss has finally recognised my potential and reduced my wages accordingly.
Richard Todd

And my very favourite is:

It might seem like we’re heading for a dystopian future right now, but I read that book, 1984, and things were way worse back then.
Jim Campbell