When I was a kid I thought the world was one gigantic art gallery.  I wasn’t wrong.  Here are a few pieces of art that probably won’t ever make it to a museum but … judge for yourself. 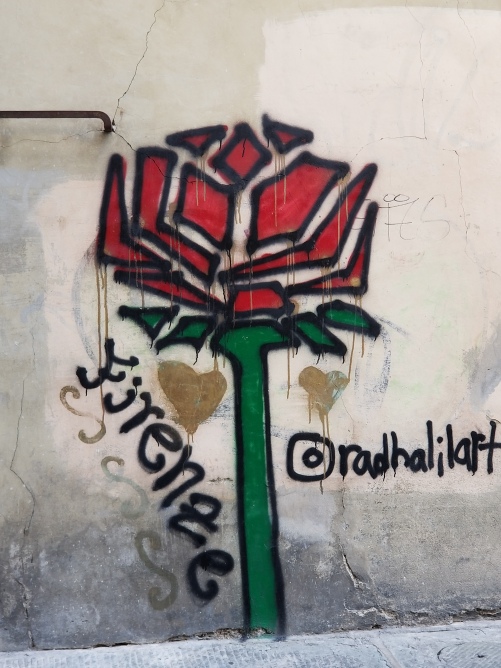 Michealango’s David is a badass.  Put that kid in a leather jacket and he’s the guy you really don’t want your daughter to bring home for the weekend.  And that’s the magic of Michealango.  He didn’t just phone it in.  There are tons of Davids out there — beautiful shepherd boy, God’s chosen warrior, Biblical king — but only one sits on top that pantheon — Michealango’s.

Look at his face!  Look at the rock in his hand! Look at the way he’s standing!  That’s clearly, “Okay, G!  You want some of this!”

Art is like sex.  It’s always better to jump in and do it than just sit around and talk about it.  However, that’s exactly what I intend to do right now.  The thing is, after a lifetime of working in words I still have no idea how visual artists do what they do.  One minute, there’s a blank canvas; somebody adds some paint and suddenly I have tears in my eyes.  That’s the nature of visual art though — the Weeping Willows are supposed to make you weep.  But why?

The closest I’ve ever come to understanding the process of turning blank space into emotion is talking to Montreal artist Shane Watt.  Shane does MAPS: semi-fictional, intriguing records of our time, that he maintains all exist in an autonomous universe called Loyala.  He’s created public murals in North America and Europe, and has exhibited in Montreal, New York, Barcelona, etc.  Many of his original works are in private collections.  He sells prints, creates book covers, paints doors, has a kick-ass coffee mug collection and has been known to design protest signs when the cause is right.  And he does tons of other cool stuff.  You can get the whole blurb here.

Shane is one of the few artists I know who doesn’t spend a lot of time explaining what he’s “trying'” to do.  There isn’t a whole lot of buildup to his art.  It just kinda exists.  However, on a few occasions we’ve talked about the nature of art and the artistic process.  According to Shane (I’m paraphrasing, BTW) all art is anarchy, structure and magic.  The anarchy is the artist’s concept — however complete or chaotic.  The structure is the artist’s creation — that tangible piece that exists separate from the artist.  And the magic is what the audience perceives — how individual memory and experience interprets what the artist has done.  Shane says these things must all exist simultaneously.  And the work itself is simply a visual record of the artist’s attempt to structure personal chaos in such a way that strangers can understand it.

“Okay, I get that part, buddy,”  I said, “But it still blows me away that Caravaggio and Rubens can reach across the centuries and speak so personally to me.”
“That’s why it’s called art,” Shane replied.  “It’s been waiting for you to complete the Trinity.” 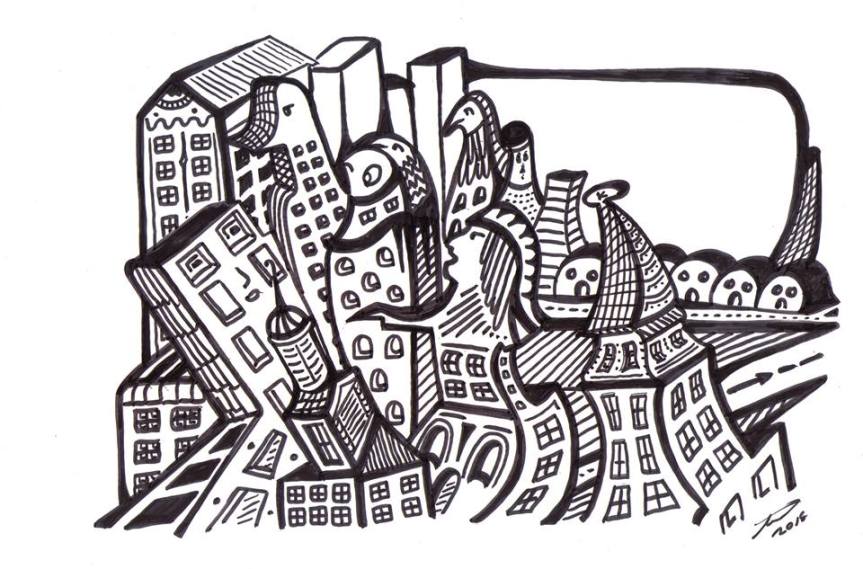