When I was a kid, I loved school.  I thought it was an absolutely excellent way to spend my time. (Full disclosure — I had a little trouble as a teenager when sex, drugs and rock ‘n roll swept the neighbourhood, but for the most part, I was the guy teachers loved.)  I pursued knowledge for its own sake.  I was interested in everything from Pythagoras and that theory I don’t remember to who did what to who (whom?) in the War of the Roses.  Like some cloistered monk, I devoured  the ancient scrolls of my people, and for twelve wonderful years, I was a happy camper.  Then I left home and went to university.

Within a week, I discovered just how stupid I really was.  Yeah, yeah, yeah — my parents had taught me the basics: I wasn’t going to starve to death or give all my money to a Nigerian prince.  But there are tons of things in life everybody should know — and solving quadratic equations isn’t one of them.  Here are a few things they should actually teach you in school.

Income Tax — Everybody pays income tax; it’s totally important.  People go to jail if they mess it up.  Plus, it’s one of the most complicated things in the universe.  For example, I know for a fact most NASA scientists don’t do their own income tax.  There should be a class (every year) dedicated to filling out your income tax, and it should be mandatory.  When I was in school, we spent more time trying to figure out what Jane Austen was doing with Mr. Darcy than we did income tax.

Negotiation — Nothing happens in this life without negotiation —  nothing!  Yet the closest most schools get to teaching negotiation skills is the Debating Club — made up of kids who aren’t nerdy enough to get into the U.N. Club.

Communication — The simple art of making sense.  Teach that and most of us could at least get decent answers to our questions.

Time Management — This is one of those skills you’re supposed to learn in school by — I don’t know — osmosis, I guess.  It’s not as if anybody explains how to do it.  They just assign homework, a couple of essays, a term project and expect you figure it out for yourself.  Clearly, this method doesn’t work — or there wouldn’t be any need the famous “last minute” we’re all so fond of.

Shopping — There is a huge difference between paying too much for something and getting a shoddy product for half the price.  Schools should stop worrying about the guy who had a dollar and bought 18 oranges for 6 cents apiece and then sold 3 of them for 9 cents, 2 of them for 11 cents and 1 more for 7 cents.  Nobody cares how much money or how many oranges he has left.  We have telephones that can figure that out.  What people need to learn is how to find a good orange at a decent price.

And finally, in the same vein:

How to find a good doctor, dentist, lawyer, plumber, accountant, car mechanic, etc.
Eventually, everybody needs professional help, but good luck trying to find it without getting totally screwed.  There should be a class (or even a semester) on how to tell the shysters from the swindlers, why you should never trust the person with the lowest price and what to do when you discover the $200.00-an-hour “certified” mechanic working on your car is the same kid who delivered your pizza last night.

Our society is absolutely bloated with useless people.  I don’t mean the scabby crack addict sitting on the curb begging for money.  (What the hell is “spare” change, anyway?)  No, it’s those half-educated persistent boors who have a degree in some nonsense like Leadership that I’m worried about.  They’re the ones who sat through years of university with nothing on their minds but a wool hat and now, a couple of years later, swear by all that’s holy they’re smart.  I’ve listened to these people — their natural habitat is either a meeting or a cocktail party. They’re a lotta things — but smart ain’t one of them.

Just to be clear, I’m only using Leadership as an example, and I’m not talking about every single person with an idiot degree like that; just the 99% who give the rest of them a bad name.

So, what kind of training and study does a person need to become a contemporary Napoleon?  I took a few minutes and googled Leadership Programs at several well known universities.  (They shall remain nameless to protect the guilty.)  These might not be the exact courses they offer, but they’re so close it’s scary.

Team Building — Using moronic games to fool adults into thinking they still get a recess.

Motivation and Discipline — Show the donkey your carrot, and if that doesn’t work, hit him with a stick.

Innovation — Changing stuff — because you can.

Utilizing Smart Goals — Somewhere, buried in the syllabus, Stupid Goals are just clawing to get out.

Group Dynamics — Where to hide the annoying people so they’re not constantly pissing on everybody else’s enthusiasm.

Inspiration — Resurrecting the cheer leading squad from high school to Rah! Rah! a bunch of miserable people into believing they’re having fun.

Social Media and Self Branding — I never got passed the auto-erotic S&M part of this baby, but I think you’re supposed to do it on YouTube.

Speaking with Confidence and Authenticity — Sincerity is the key.  Once you can fake that, you’ve got it made.

And finally, Lateral Thinking — You’re never going to get ahead in this world unless you go sideways.

And that about sums it up.  We’ve created a whole layer of wannabe Julius Caesars, running back and forth across the battlefield, exhorting their imaginary legions.  They run endless meetings to “facilitate” and prowl boring parties to “connect” but in the end, they don’t actually accomplish anything.  And the problem is they won’t get out of the way. 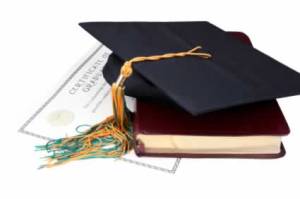 Way back in the Stoned Age, Bob Dylan sang us, “She knows there’s no success like failure/And failure’s no success at all.”  Even though most of us had no idea what this meant at the time, it was so smartass/Oscar Wilde clever that we took to tucking it into casual conversations.  Sounding profound (I think we called it heavy) got a lot of traction in those days.  Half a century later, of course, we realize Bob was simply stating the bloody obvious and poetically making it sound like he was Einstein with a guitar.  Actually, I hadn’t thought about that song for years.  However, it did come back to me the other day in one of those plus ca change moments.  I was reading about this revolutionary new theory that children learn tons more from the occasional failure than they ever do from constant success.  Wow!  Who knew?  Apparently, just Bob and I.

These radical thinkers came up with this burst of genius from observing children in their natural environment — without parent or teacher intervention.  They found that, left to their own devices, kids have a way of shrugging off the metaphorical kick in the teeth.  Not only that, but they actually learn from their mistakes and seldom repeat them.  Problem solving becomes an analytical process, not a hope-for-the-best guessing game, and children feel a sense of accomplishment when they finally master a task.  These revelations have been written up in the usual gobbledy-gook (big words like learning opportunities and educational initiatives) in several learned journals.  However, from my point of view, the whole thing sounds remarkably like tales from my childhood – and that’s the problem.

To the entrenched minds of the last fifty years, the notion of condoning failure in

education is dangerously turning back the clock.  (What next?  Letter grades?  Dunce caps?  The lash?)  The prevailing wall of wisdom is that self esteem is the holy grail of a kid’s education, and all salvation stems from that.  Failure is the hidden satanic verse which could destroy that self esteem, and so, like porno, it’s suitable for adults only.  We’ve shaped our entire education system to this end.  Many schools no longer give tests, issue grades, keep score at sporting events or even allow games like tag.  So for a bunch of dissentients to boldly pronounce that this approach is crap…well… them’s fightin’ words to the powers that be.

I’m siding with those young guns on this one.  For the last two generations, we’ve been chasing the chimera that everybody under twenty should get a trophy — just because.  The results haven’t been exactly stellar.  Generation X has spent the last ten years bitchin’ and moanin’ about how badly society has treated them, while simultaneously ass-grooving in front of their video screens, hanging with the Kardashians.  Meanwhile, their children, the iGeneration (Millennials, if you prefer) spend their days just being angry.  They’re convinced that the world owes them a living and can’t, for the life of them, figure out why they’re not getting it.  Both think adversity is what happens to other people and neither would know what perseverance is if it bit them on the buttocks.  Personally, I think if they’d been allowed to stumble and fall a couple of times, when they were young, they’d have learned to pick up their feet by now.

When Bob Dylan offered us the success and failure conundrum, it was true.  It always has been; we just forgot it for a couple of generations.   Perhaps, however, as Dylan also sang, “the times they are a-changing.”  We can only hope.