Along with most people on this planet, I don’t care who killed Meredith Kercher.  (Took a nanosecond to remember her, didn’t it?)  It’s a shame that a young, promising life was snapped off suddenly and violently before it had a chance to begin, but after that, I’m done.  It sounds pretty callous but I’m only saying what most people would, given a moderate dose of sodium pentathol.  It’s increasingly apparent that the victim is not the focus here.  At best, she rates a sentence or two in the 24/7 media cycle, but mostly it’s just her name and sometimes not even that.  I don’t wish to denigrate anyone’s tragic loss but the facts remain.  Nor am I here to defend or decry the cable news carnival that’s the attending physician at the resurrection of this four-year-old news story.  Like most people, if they were honest, I have no problem with tabloid news.  I think they’re scummy, but Rupert Murdoch and Oprah Winfrey didn’t get to be gabillionaires by denying the people what they want.  The thing I’m concerned about is not justice or integrity but honesty.

To even the casual observer, it’s obvious somebody’s been lying in Perugia, Italy.  I know very little about the original crime or the case against the accused, but when there are two conflicting versions of a murder, I’m old enough to know it’s not just a difference of opinion.  Ever since Cain forswore brotherly love and did the nasty to Abel, people have been trying to weasel their way out of murder charges; that’s to be expected.  Therefore, at this point, there’s no way to get at the truth.  It’s locked in the hearts of 3 or 4 of the players in this tragic little opera, and I don’t think the justice system has the key.  Honesty has left the building, and it’s now only in the eye of the beholder.

There is one truth coming out of this case, though, which is far less complicated.

It’s becoming abundantly clear that it’s the beholders who are lying.  They are confessing (on and on and ever again) that their only interest in an appeal trial in a minor Italian capital is purely to see justice done – one way or the other.  This is a lie.  At best, it’s flimsy sleight-of-hand to cover a perverse peek into a torrid tale of sex, drugs and death.  At worst, it’s an excuse to watch the ultimate reality show that doesn’t have any producers or directors and only one immunity challenge.

I have no problem with people going touristing on the slightly sleazy side.  We all do it.  That’s why we watch Dexter, Breaking Bad or CSI (in its infinite incarnations.)  Nor do I think that people should not be titillated by the sordid goings-on of folks who’ve dropped their moral compass.  We all do that, too.  In its mildest malevolent form, it’s called gossip.  We justify indulging ourselves in these things in any number of ways.  We bend, stretch and twist the truth when we present our motivations to the world.  It’s an accommodation to our ego.  We need to be seen by others as good people.  There’s nothing wrong with that.  However, I think there should be a modicum of honesty involved – if not to the folks around us, at least to ourselves in the cold dark soul of 4 o’clock in the morning.  We need to be self aware.  When we start lying to ourselves, we have a problem. 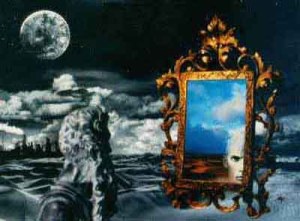 The unintended tragedy of this murder case is we’ve lost sight of the victim, and without a victim, there is no real crime.  It loses its seriousness.  Guilt or innocence become a matter of conjecture — regardless of the evidence — and the crime itself becomes secondary.  In this case, the on-again/off-again perpetrator has taken centre stage because this is where our interest lies.  But we cannot admit this.  If we do, we become nothing more than sleazy voyeurs, peering through a slightly open window.  So we dress it up as an altruistic search for justice.  However, by losing the face of Meredith Kercher, we’ve inadvertently revealed that it’s the tawdry details we seek, not some moral resolution.  As we watch the circus of justice play out in our living room, we need to admit this — if to nobody else but ourselves.