Somewhere in the night the “good old days” moved.  They turned 40 going on 50 and died.  History does that.  It telescopes out, maximizing its view, and then when it gets just beyond most human memory, it disappears.  I tend to think of it as the vanishing point, that point in time that we can’t actually remember anymore but which radiates all the well defined lines of our contemporary world.  We know it’s back there, and without it, we have no perspective, but we have no idea what it looks like.  It’s the point in every generation when living memory is replaced by historical record.

Despite what Mad Men and Pan Am try to tell you, we have no more in common with the early 60s than we do the Vikings.  Their world was a time of barbarians.  Their morality was close to home — family first.  They distrusted anyone over the horizon and stuck to their own clan.  The weakest among them either kept up or went under.  They drank and wenched and flung themselves at each other in fits and starts of passion.  Honour was satisfied with blood.   Thought required action.  They lived in a desperate, suspicious time.

I’ll bet for a minute there you thought I was talking about the Vikings; I wasn’t.

Nostalgia has a way of creeping up on us.  As John Knowles said in A Separate 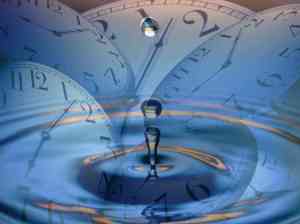 Peace (or was it Herman Raucher in Summer of ’42) we all have our own time and we never leave it.  However, after a while, our time becomes blurry with everyone else’s.  Today, it’s hard to imagine that somewhere Astronaut Neil Armstrong, the Ohio boy who left the first footprint on the moon, was a contemporary of Astronaut Anthony Nelson who finally married Jeannie the Genie in I Dream of Jeannie.  It’s difficult to reconcile that, in those days, we had the intelligence to go to the moon but not the sophistication to show a woman’s bellybutton on TV.  So we slide events around in our memory, and even people who were there have to Google things to get the time line right.  There’s no such thing as documented memory.

Today, the 80s are the “good old days” and the 60s are ancient history.  It was a time when Reagan and Thatcher ruled the earth and Presidents went riding with Queens.  The Soviet Union was in its last dying convulsions with four Premiers in five years and Mao was already dead.  There was a truce in the Cold War, and although total nuclear annihilation was still a possibility (a lot closer than we knew) we were much more afraid of AIDS.  Terrorist attacks were isolated, always somewhere else (places like Lockerbie and Beirut) and the killing was manageable.  A lot of people learned how to spell Chernobyl and Bhopal.

Cocaine replaced marijuana as the substance abuse of choice among the well-to do, and we still thought we could win the war on drugs.  Madonna was more-or less like a virgin, or so we thought and we didn’t know half as much as we needed to know about Michael Jackson.  Lucas and Spielberg hadn’t yet sold their collective souls and the franchise movie demons were still babies.  Mick Jagger and the Stones replaced Buddy Holly and the Crickets on Golden Oldies radio.

IBM and Commodore controlled the personal computer industry until Steve Jobs and Steve Wozniak changed the rules with Apple and a hardwired mouse.  People (they weren’t called gamers yet) had a choice between Pac Man and Donkey Kong.

Mexican debt exceeded its ability to pay, but everybody else was making the mortgage, and for the first time in history, trans-Pacific trade eclipsed trans Atlantic.  Most people thought Wall Street and Donald Trump were the good guys.

Someday, rather soon actually (more than half the kids born after the Fall of the

Berlin Wall don’t know who Gorbachev is) these new “good old days” will become history.  People will wonder whether Seinfeld was before or after Miami Vice.  They’ll look at photographic film cameras in a museum and wonder how people took videos of the riots.  They’ll laugh at the size of the telephones and the computers and the internal combustion cars.   Generation-i will roll their eyes at the primitive world their parents grew up in.  And — heaven help us! — this world around us, called 2011, will be the “good old days.”